That’s why wireless sensor networks such as Bluetooth, Thread, ZigBee, Z-Wave and others evolved. These compact, efficient stacks run on tiny microcontrollers, sipping power as sensors send data in small bursts. Alongside wired control networks are more wireless technology such as 6LoWPAN, ISA100 and WirelessHART. Real-time protocol conversion in a gateway brings data from these devices into IP-based enterprise networks. 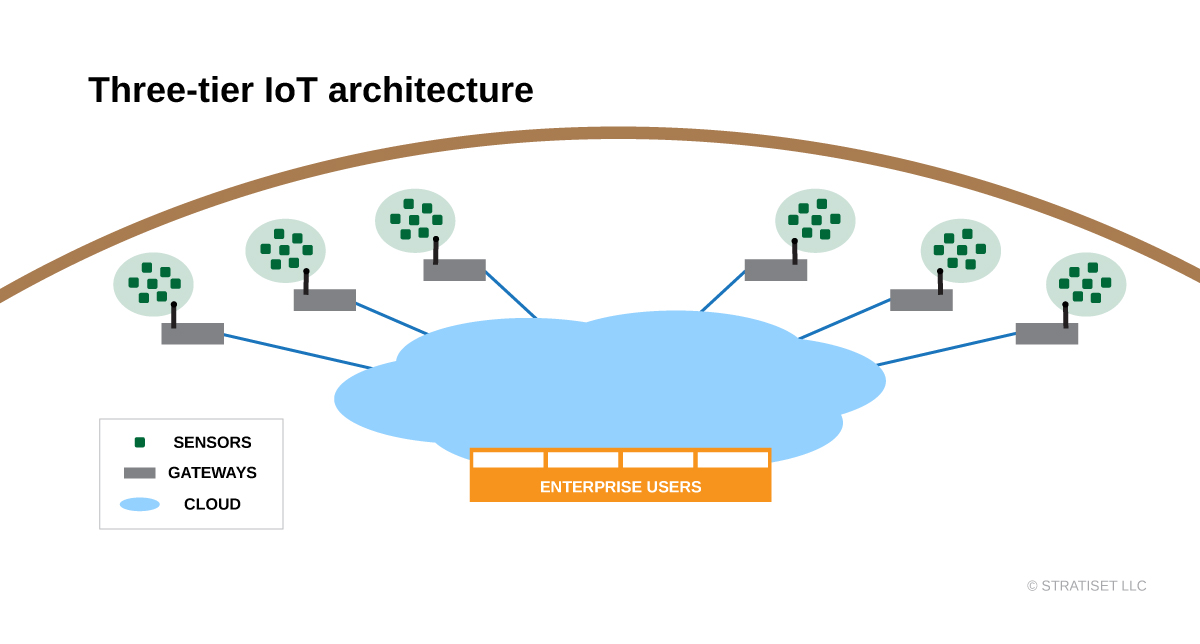 In some cases, a gateway might be as simple as a smartphone, tablet or a small board. Some gateways have faster processors, AC power, better cooling and packaging for harsh environments. Faster gateways can also pre-process data streams in an edge computing role. This reduces network traffic and speeds up decision-making without relying on cloud analytics.

Setting up a few gateways inside an industrial facility is easy. Clusters of far-flung sensors call for many gateways spanning the gaps. As IoT applications grow, gateways carry development and deployment costs. Every time another gateway drops, DevOps must secure and update it.

There was no alternative to three-tier IoT architecture until recently. Wireless sensor networks appropriate for edge devices lack range for many use cases. What if instead of extending device range one could extend network coverage? Low-power, wide-area network (LPWAN) technologies take on that challenge.

Three main classes of LPWAN technology exist today: Sigfox, LoRaWAN and cellular IoT. Sigfox is a low data rate uplink solution connecting devices and Sigfox towers within 30 to 50km in rural areas. LoRaWAN uses unlicensed spectrum limiting its duty cycle to around 1% and requires a wireless gateway for a five to 7km rural range. Urban ranges are shorter for both technologies, still a few kilometers. Both work for sensors that mostly sleep and transmit small amounts of data.

Cellular IoT technology got a late start, with good reason. Specifications for faster, yet low-cost, low-power radios with cellular-grade range and security was a massive undertaking. The 3GPP defined two paths: LTE-M and NB-IoT. LTE-M offers a 1Mb/s data rate and lower latency. NB-IoT concentrates on lower data rates without duty cycle limitations. With about 200kb/s data rates up and down it is still much faster compared with Sigfox or LoRaWAN. NB-IoT also penetrates buildings better, avoids interference and targets a 10-year battery life in devices.

Mobile network operators (MNOs) worldwide are racing to get NB-IoT and LTE-M networks deployed. In the latest GSMA Mobile IoT Rollout Report, NB-IoT is leading in adoption. These rollouts are not tied to expensive 5G infrastructure, so MNOs are investing incrementally.

After towers are ready, the last piece is support for Remote SIM Provisioning (RSP). Cellular IoT devices typically work with an eSIM like in the latest Apple iPhones, with one major difference. An iPhone user scans a QR code, pulling a profile over RSP.

Cellular IoT devices use a push model for RSP. When an edge device with an eSIM powers up, it uses a bootstrap network profile. It can then communicate with an RSP server to load an operational profile of choice. With this over-the-air profiling one device configuration can go practically anywhere in coverage. It opens powerful use cases such as agriculture or oil and gas, with wide-spread sensors in both indoor and outdoor settings.

All this happens without a DevOps team planning and investing in infrastructure. MNOs are making the major investment. The variables for IoT application developers are network coverage, operator profile creation and setting up devices for streaming. If one MNO proves costly or unreliable in a specific location, devices can receive another profile over the air.

Cellular IoT can deploy one sensor, or many, without a gateway. The cellular IoT advantage becomes even stronger with more dispersed locations. A simplified network architecture looks more like the IoT should look–with every device addressable. 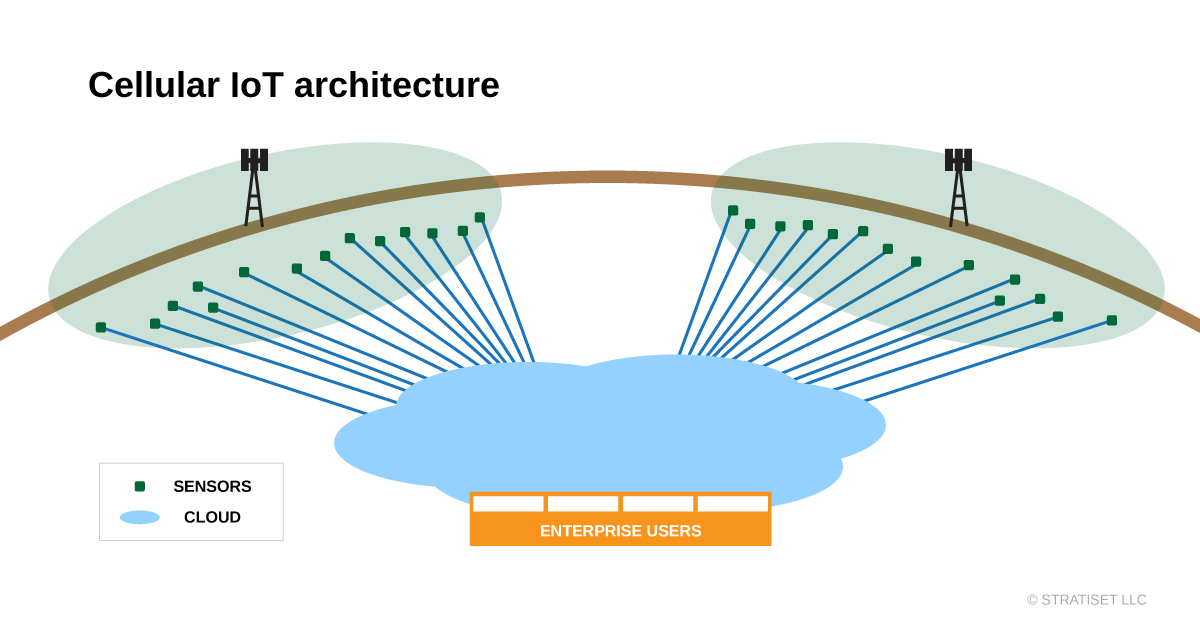 Alternatives exist because they serve some use cases well, with some persisting for years after new technology arrives. For some DevOps teams risk is a strong factor, and they may prefer the control a gateway-based architecture offers. In tight sensor clusters, the life cycle costs for a few gateways may turn out lower. If gateways aren’t cutting it for an application, they may go away quickly with cellular IoT rollouts.

I see ubiquitous coverage driving cellular IoT momentum. Providing IoT services is a priority for mobile network operators as consumer growth flattens. There are plenty of resources for understanding cellular IoT technology in depth–get in touch with me if I can help point you in the right direction.