In the IT industry, where we are exposed to various levels of incompetence, it is quite tempting to become a little cynical. A few years ago we hit rock bottom. Our patience—not to mention our sanity—lay in the balance. Like many of you, we sought refuge in laughter. We found comfort and comic relief through Kevin Smith’s vulgar yet oddly accurate low-budget movie “Clerks.”

Now, it’s time to pay it forward. As longtime fans of Kevin Smith, we wanted to honor his work by creating an IT spin of a very similar story. That is the genesis of “Admins.” It’s a day in the life of a disenchanted government contractor surrounded by incompetence, idiots and debauchery.

The story centers around Dan, a system admin working for a government contractor, who is forced to come into the office on his day off. His day gets progressively tougher as he discovers mounting technical issues and the reality that his position may be in jeopardy due to cutbacks. Fearing unemployment, Dan sidesteps additional contract work and pursues the holy grail of guaranteed lifetime employment (a.k.a. “a government job”). The allure of job security leads Dan to the crossroads of an ethical dilemma where he and his co-worker, Randy, engage in morally questionable and professionally reprehensible activities. 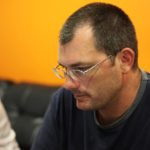 With a lifelong passion for movies, Aaron got into film making in 2001 when digital video had just started to take off and it became something he could afford to do. Having written and directed three shorts and been a producer on 11, he worked with Eric Espejo on producing their first full length feature together “Ghosts Don’t Exist.” Their current film, “Admins,” is something they have talked about doing for several years. After this they have several other projects is various stages of production. 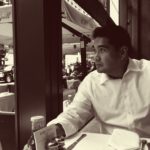 Eric has been involved in film since 2002. After writing and directing eight short films, he wrote and directed his first full-length feature, “Ghosts Don’t Exist,” in 2009. He continues to oversee a number of creative projects all while writing screenplays and serving on the George Mason University advisory board for its Film and Video Studies. Eric started delving into indie film by attending the Hollywood Film Institute, where under the tutelage of Dov Simens, he acquired the valuable knowledge of the artistic and business sides of filmmaking. An avid and talented screenwriter, he is currently writing his next movie.

While building constructive culture, engaging workers individually and helping staff avoid burnout have always been organizationally demanding, they are intensified by the continuous, always-on notion of DevOps.  When we think of work burnout, we often think of grueling workloads and deadline pressures. But it also has to do with mismatched ... Read More
« Fitting a Square Peg in a Round Hole
Infrastructure as Code is SDN for Ops »