Matt Asay, head of developer ecosystem for Adobe, said in the last few years Adobe has increased its reliance on open source code to deliver offerings such as Adobe Experience Manager, a content management system that incorporates open source code for as much as 65% of its modules. In the course of that effort, the company has made reciprocal code contributions to a variety of open source projects being developed under the auspices of the Apache Software Foundation (ASF), including Apache Sling, a web development framework; Apache Oak, a content repository; Apache Felix, an implementation of a services gateway; and Apache Lucene, a text search engine.

Adobe also recently launched Adobe Experience Cloud, which relies on a variety of open source technologies to create a big data repository on top of which Adobe is encouraging developers to invoke APIs to build applications. Rather than build their own big data repositories, Adobe is making a case for relying on a multitenant big data platform it manages on behalf of customers. 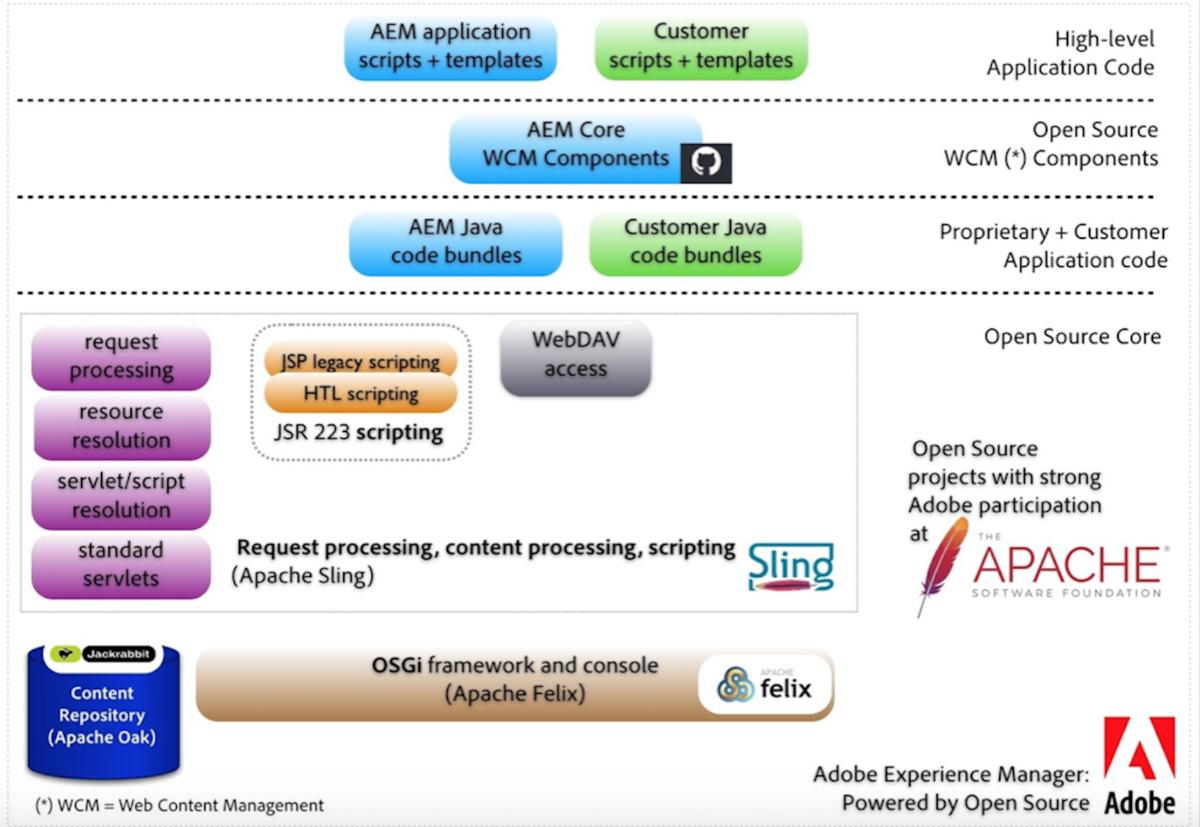 Based on GitHub data, Adobe currently ranks as the 14th largest corporate open source contributor, up from No. 32 in 2017. One of the primary reasons Adobe was able to move up that list so quickly was its move to acquire Magento, an e-commerce platform based heavily on open source code. But now that the company has come to appreciate what can be accomplished by relying on open source code, organizations should expect to see Adobe accelerating the rate at which it will be making contributions to a wide variety of open source projects.

At the same time, Asay said, Adobe is making major investments in developing microservices that it plans to make it possible for developers to consume via its APIs. The Adobe Experience Cloud, for example, is a suite of software-as-a-service (SaaS) applications that employ a common data model deployed on a set of Kubernetes clusters running in the Microsoft Azure cloud.

Asay noted Adobe is trying to make it clear that it has a lot of empathy toward developers committed to open source code. Adobe is a provider of commercial software-as-a-service (SaaS) applications, but it wants to develop a developer ecosystem that consumes the data residing in those applications via its APIs. To foster the development of those applications, Adobe has already signaled it is willing to share best DevOps practices with organizations that commit to invoking those APIs.

Adobe is one of many providers of commercial software that are increasingly dependent on open source code. It will be interesting to see where the line between the desire to use open source projects to build applications and actual open source applications lies in the years ahead. But the one thing that is clear is that without DevOps processes and a well-defined set of APIs to guide them, there’s not much chance any vendor would be able to build a meaningful developer ecosystem of any size.

Now, more than ever, companies who rapidly react to changing market conditions and customer behavior will have a competitive edge.  Innovation-driven response is successful not only when a company has new ideas, but also when the software needed to implement them is delivered quickly. Companies who have weathered recent events ... Read More
« Kubernetes Adoption: Are You Ready?
SecureAge Integrates Artificial Intelligence Powered APEX Anti-Malware Engine in VirusTotal »