Home » Blogs » DevOps Practice » All Day DevOps, Viewed from the Outside

This year was my first All Day DevOps event. I loved it, as much as I was able to attend. I was especially interested in how DevOps worked with government, as I work in state government. We don’t use DevOps. My guess is that if you work in state or local government, your group also may not use DevOps. This may also be true of some federal agencies.

I’ve not been fortunate enough to work in an organization that used DevOps. So, when I learned of the All Day DevOps event, I had to join.

Since we use waterfall, our progress in delivering software solutions is lengthy. I appreciate the need to get a very good understanding of what the users want, but it can be difficult to meet so many needs in a timely manner. Consequently, many users will strike out on their own to come up with a software solution. In our state department, that means using Microsoft Access. Sometimes a division will get someone to write an Access app to quickly satisfy their needs, which they start to use. This works for a while until the demands on the app become too great and they come to IT begging for help.

I really should mention that not all of this is caused by IT being slower to respond than we would if we were using DevOps. A large part of this is a consequence of not having enough money to purchase a commercial, off-the-shelf software solution, if such exists. Fiscal limitations coupled with a long queue of projects to work on and a project management process that tends to be slower makes for aggravation on both sides.

Another thing I’ve noticed about my department is that both IT and development don’t work together as well as they could. I wouldn’t characterize it as adversarial—more like just not entirely trusting of each other. This IT/Dev department has more than 200 people throughout the state, so I find it interesting to see how it plays out. Before this job, I worked in a very small organization with just two IT people—and I was one of them. It was easy to coordinate and there was no divide between IT and development. In my current position, however, everyone has their assigned tasks: IT, development, business analyst or security. There is very little overlap. I very much would like to see more.

When I learned about the All Day DevOps event, I was thrilled with the prospect of being able to learn more about DevOps. Where I work, no one ever travels to any conference, so having All Day DevOps online was a huge bonus. Also, it was free to attend, which was essential. I caught a few of the sessions throughout the day. This may sound trite, but I was awestruck with the idea that All Day DevOps was going on worldwide! This demonstrates just how widespread the DevOps movement is. When I start promoting All Day DevOps to my colleagues, I will stress this fact.

I understand that All Day DevOps will be done again in 2018. I look forward to that because this year I learned of the event only the day before, which was hardly enough time to really prepare. If you’re like me, working in a government agency—or any organization, really—and you desire to do a better job of providing your users with software solutions they’ll enjoy and in a more timely manner, as well as work better with your colleagues, I recommend that you join in at the next All Day DevOps event. I’ll be there, so I hope to see you there as well.

About the Author / Rod Falanga 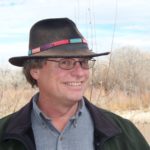 I’m a longtime software engineer working primarily in the Microsoft stack. Writing applications for both the desktop and web, with some experience in writing mobile apps. I’m also a longtime fan of the BBC’s Sci-fi show, “Doctor Who.” Follow me on Twitter @Doctor_Who.

The entire CI/CD/ARA market has been in flux almost since its inception. No sooner did we find a solution to a given problem than a better idea came along. The level of change has been intensified by increasing use, which has driven changes to underlying tools. Changes in infrastructure, such ... Read More
« The Value of Commercial Open Source
AI Delivering on the Business Analytics Promise »

Digital Experience and the Future of Observability