Klaus Gheri, vice president of network security for Barracuda Networks, said Microsoft has made it possible to launch an SD-WAN service using Azure Virtual WAN Hubs, a networking service based on a hub-and-spoke architecture that unifies networking services such as security and routing under a common interface. Those services span branch connectivity, multiple types of virtual private networks, cloud interconnects, firewalls and encryption services.

Gheri said rather than having to replicate all those networking services, Barracuda Networks is layering a Barracuda CloudGen WAN service on top of the Azure Virtual WAN Hubs to provide a service that, like any other cloud service, can be consumed per billable hour.

Developed in collaboration with Microsoft, the Barracuda CloudGen WAN service provides the management framework needed to convert Azure Virtual WAN Hubs into an SD-WAN service that IT teams can employ to securely connect remote offices to cloud applications or on-premises IT environments, he said. 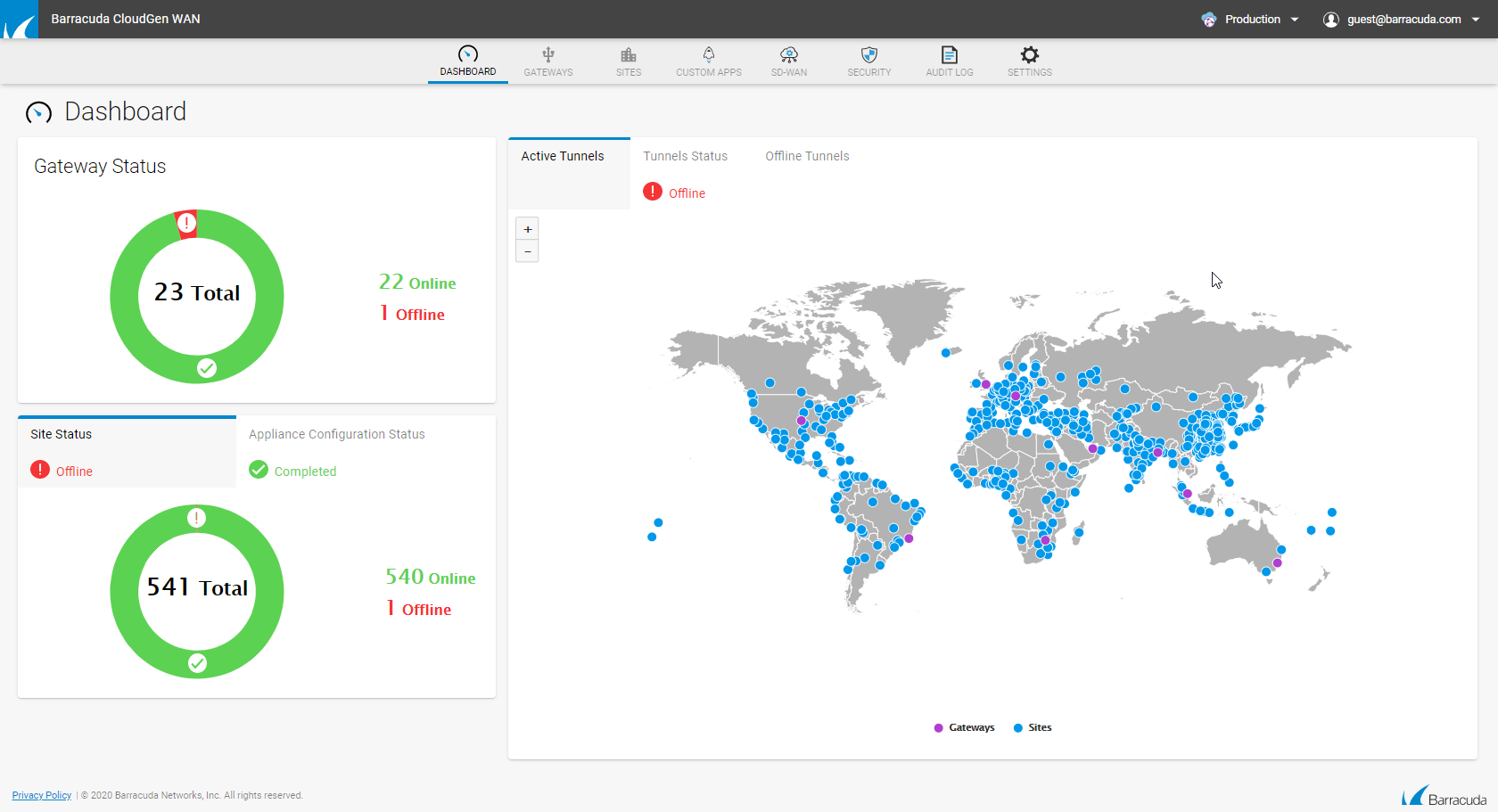 A recent survey of 750 business and IT professionals conducted by Vanson Bourne on behalf of Barracuda Networks finds more than half (52%) are looking to employ SD-WAN services delivered via the cloud. In comparison, the survey finds 16% prefer to get SD-WAN from an independent vendor, 15% would opt for a telecommunications partner and 12% would rely on a value-added reseller.

With more application workloads moving into the cloud, the way networks are deployed and managed is evolving rapidly. Instead of connecting branch offices to local data centers to access cloud applications, more organizations are employing SD-WANs to provide direct access to cloud applications without having to backhaul network traffic through a local data center. That approach significantly improves overall application latency and, in many cases, reduces the need to rely on leased MPLS lines from a telecommunications carrier.

Rather than build those SD-WANs themselves, many IT organizations want to be able to access and manage them via a portal through which they can allocate bandwidth to applications as they best see fit. It’s not clear to what degree IT organizations will continue to prefer to deploy appliances versus consuming SD-WAN as a service. However, given the complexity of managing SD-WANs, there’s a high probability that SD-WAN services delivered via existing cloud networking infrastructure will soon become a widely employed alternative.

“The Automated Enterprise” e-book shows the important role IT automation plays in business today. Optimize resources and speed development with Red Hat® management solutions, powered by Red Hat Ansible® Automation. IT automation helps your business better serve your customers, so you can be successful as you: Optimize resources by automating ... Read More
« RunSafe Allies With JFrog to Secure Applications
A Benefit of Incompetence »