Home » Blogs » Can DevOps Be Applied to Production Networks?

Recently, I met with customers who want to implement DevOps practices to how they manage their operational network, applying continuous deployment to the production network. For example, they would like to design, test and then deploy new network services such as load balancing and firewalls into production immediately to enable new applications and services—actions that currently could take weeks or months. Is this kind of continuous deployment to be expected, or is it pushing DevOps too far?

Let’s look at how key concepts of DevOps might be applied to adding network services to a production enterprise network:

Sandboxes are tools for defining and testing infrastructure configurations (physical, virtual and application). A good sandbox allows users to model any infrastructure, including any type of network infrastructure. This model also can serve as a way to implement “virtual services.” Models can be created in Yang or TOSCA, and under the covers these models can automate access to network infrastructure using CLIs, SNMP and/or NetConf where appropriate. This allows network services to be defined and tested using a high-level model, rather than the low-level interfaces.

Sandboxes also address automation by providing a context for automating not just individual network components but also entire configurations and connectivity that are required for a “network service.” In addition, automation can encompass traffic generators and test tools as part of the testing process.

Finally, monitoring used in production also can be performed in the Sandbox to compare performance between testing environments and production so future services can be improved.

While applying DevOps to production infrastructure and services is challenging and immature, in principle it can provide significant improvements in the speed of deployment of new network services—and the applications that depend on those services.

About the Author / Joan Wrabetz 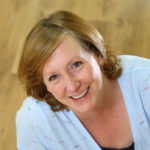 “The Automated Enterprise” e-book shows the important role IT automation plays in business today. Optimize resources and speed development with Red Hat® management solutions, powered by Red Hat Ansible® Automation. IT automation helps your business better serve your customers, so you can be successful as you: Optimize resources by automating ... Read More
« Lost in AWS
Using Case Management to Tackle the Unknown »