Chef announced this week that its offerings for managing and testing infrastructure as code now support Graviton 2 processors from Arm on the Amazon Web Services (AWS) cloud.

AWS this week announced the availability of an M6g instance of processors on its public cloud. Based on a 64-bit Arm Neoverse N1 architecture, the M6g processors were jointly designed by Arm and Annapurna Labs, a unit of Amazon.

According to AWS, during a preview program platforms such as Honeycomb consumed 30% fewer instances on M6g than the widely employed AWS C5 instances. Treasure Data, a provider of data analytics software, reported a 30% performance increase while seeing a 20% cost reduction compared to similarly sized M5 instances. The Amazon ElastiCache service team found that M6g instances deliver up to 50% throughput improvement over M5 instances on Redis.

In addition, AWS this week revealed it also plans to add compute-optimized C6g instances and memory-optimized R6g instances based on 64-bit Arm processors.

The Arm processors in the cloud are expected to provide a foundation for building hybrid internet of things (IoT) applications spanning AWS cloud services and instances of Arm processors that are widely employed in embedded systems. Previously, AWS launched an AWS Greengrass initiative through which it encourages developers to build and deploy cloud-enabled IoT applications on edge computing platforms.

Vikram Ghosh, vice president of business development for Chef, said DevOps teams can now automate the provisioning of Arm processors using the same Chef tools they employ to provision instances on other types of processors running on the AWS cloud. 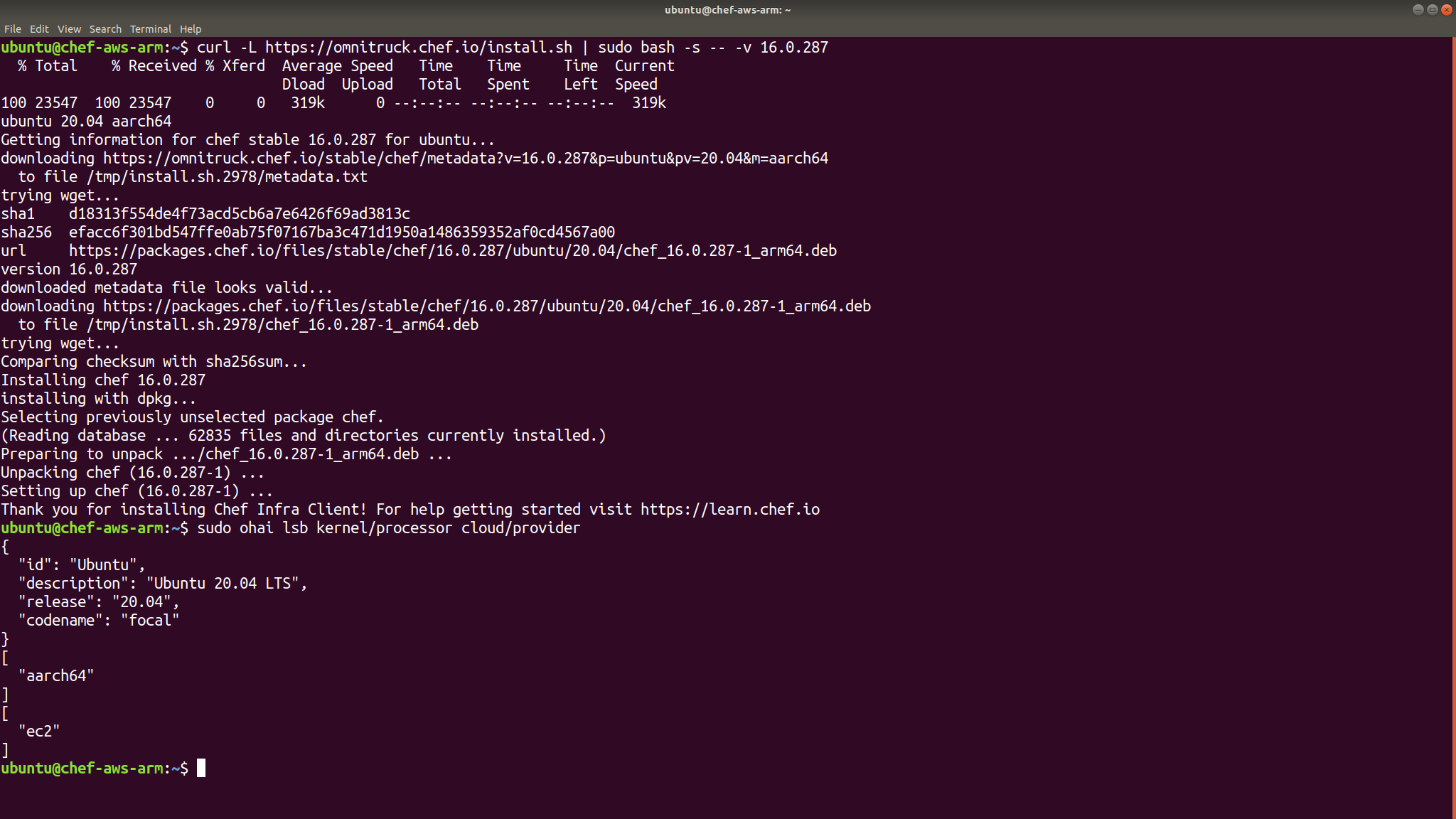 It won’t be long before 64-bit instances of Arm processors start showing up on other cloud computing platforms, noted Ghosh. In fact, between the rise of Arm processors alongside graphical processor units (GPUs) the types of processors readily available in the cloud have never been more diverse, which Ghosh said is driving increased demand for tools to manage infrastructure as code.

It’s still early days as far as adoption of best DevOps practices to build and deploy IoT applications is concerned. However, the highly distributed nature of IoT applications—which in many cases will need to be updated frequently—lend themselves to being managed more efficiently using DevOps processes. In most cases, these IoT applications represent “greenfield” applications where there is no legacy process in place that potentially would create a culture clash.

Once those applications are built, the next big challenge will be finding a way to secure and continuously update them. In the meantime, however, the number of edge computing applications being built today in the cloud for edge computing platforms based on Arm processors is about to increase substantially.

The entire CI/CD/ARA market has been in flux almost since its inception. No sooner did we find a solution to a given problem than a better idea came along. The level of change has been intensified by increasing use, which has driven changes to underlying tools. Changes in infrastructure, such ... Read More
« HashiCorp Extends Consul Service Mesh Reach
Career Development in Trying Times »