Cisco Systems has accelerated its efforts to converge network operations (NetOps) by adding support for Terraform tools for managing infrastructure-as-code as well as expanding its support for the Ansible IT automation framework.

In addition, Cisco has improved and standardized the application programming interfaces (APIs) it makes available for its Application Centric Infrastructure (ACI) framework for virtualizing network services and is expanding the free code samples, boot camps and certifications its makes available via its DevNet Express training program.

Yousuf Khan, vice president of technical marketing and solutions engineering, said Cisco is moving toward embracing open source automation tools that are being widely employed to automate the management of IT infrastructure. That transition is being driven by DevOps teams, many of which have assumed control over IT infrastructure budgets as network operations are more integrated within DevOps processes, he said. 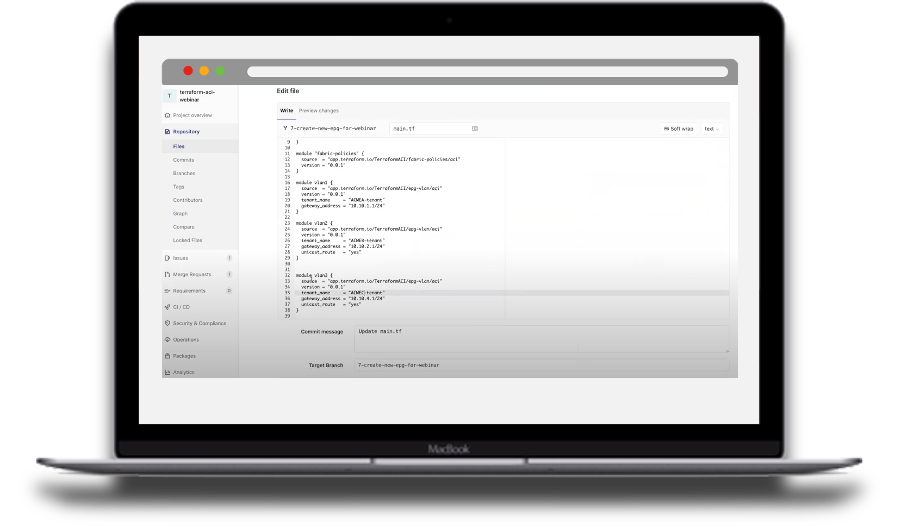 To increase its appeal, Cisco is making available Terraform Providers for Cisco ACI alongside Ansible and Cisco ACI Multi-Site Orchestration (MSO) to enable IT teams to automate network management using declarative tools, Khan added. Ansible can now be applied to invoke Cisco Data Center Network Manager (DCNM) alongside the other network services Cisco has already made accessible via Ansible.

Cisco has spent the last few years encouraging network administrators to abandon command-line interfaces (CLIs) employed to program individual routers and switches in favor of a software-defined network architecture based on graphical tools that enables NetOps teams to more flexibly manage network infrastructure using virtual overlays enable by its ACI framework. Now ACI is being made accessible to Terraform and Ansible as more IT organizations adopt both tools as de facto open source tools for managing heterogeneous IT infrastructure environments. That effort will make it easier for DevOps teams to employ GitOps processes to deploy applications on Cisco infrastructure from whichever continuous integration/continuous delivery (CI/CD) platform they employ, Khan said.

Ultimately, he noted, the goal is to make the networks more agile. IT teams in on-premises environments today can provision a virtual machine in minutes but are still required to wait weeks for network services to be provisioned. The goal is to apply a more cloud-like operating model to a hybrid IT environment.

Each IT organization will need to decide to what degree they will want to meld their network operations and DevOps teams. While the tools to manage network services are becoming available, the cultural divide between most network operations and DevOps teams is still wide. The rate at which that divide is narrowing, however, is finally starting to accelerate as business leaders continue to demand higher levels of agility.

The entire CI/CD/ARA market has been in flux almost since its inception. No sooner did we find a solution to a given problem than a better idea came along. The level of change has been intensified by increasing use, which has driven changes to underlying tools. Changes in infrastructure, such ... Read More
« Mendix and Deloitte Canada Announce Strategic Alliance to Build Low-Code Digital Solutions for Enterprise Customers
Accelerate Your Digital Transformation with IBM »