The upside-down world of digital transformation can leave you feeling like you’ve fallen down an internet rabbit hole. If you’re a DevOps denizen, the swirling pace and scale of virtualization might give you that “lost in the Technicolor forest” feeling when it’s time to release an app into the wild. “Curiouser and curiouser!” you say as you try to sort through hybrid combinations of private and public clouds, CDNs, and data centers.

As a developer, you worked hard on the design, build and test—now you want to make sure it takes the best, fastest path to microservices and users. It’s folly to trust the answer from any one source—synthetic measurements may purr like a Cheshire Cat over hardware health, meanwhile the White Rabbit of RUM (real user measurements) is spazzing out over latency and traffic jams. The lesson Alice finally learns in Lewis’ timeless tale? She must learn to control the journey herself.

Developing for the Complex Cloud

Fortunately, there’s a way for developers to mix that “just right” solution that will reveal the right path through the internet forest. This used to be the purview of operations—setting up servers and delivery conduits. In the pre-cloud era, developers just wrote code. Somebody in Ops pushed it live, and that part of the process was opaque to the developer. With the proliferation and maturation of the cloud, the Ops team is increasingly focused on dynamic infrastructure and services. Developers routinely spin up their own servers. As DevOps teams focus more on microservices and containers and less on “stacking and racking” servers, performance, control and delivery become the focus areas that matter.

As the division between Dev and Ops experts continues to dissolve, each becomes increasingly aware of the other’s roles, responsibilities and skill sets. The goals of agile development, non-stop testing and optimized delivery become the shared destination; paths merge until everyone is creating momentum around the prized feedback loop. As infrastructure and services become more abstracted, the focus is less on writing original code and building stacks and more on selecting resources. The selection and use of these resources has to be strategically guided by real-time intelligence to meet multiple performance and business objectives. The more abstract and hybridized the infrastructure becomes—and it is moving rapidly in that direction for every business—the harder it is to navigate. If you can’t keep all your resources straight, you can’t optimize them. Centralizing and automating tracking and traffic management is mission-critical.

The Delivery is in the Code

Which brings us back to the developer’s mandate to control and optimize delivery from the application. Cloud-based delivery tools combine real-time user measurement with scriptable application traffic shaping and built-in cost controls. Gone are the days of blaming poor performance on the network. End users expect seamless, instantaneous experiences, no matter what. This is a tall order for modern apps that combine video, microservices and dynamic content. To ensure high quality of experience (QoE), you have to automate and optimize with software-defined delivery. Developers can now contribute to optimization by coding in delivery intelligence.

This isn’t merely another task for the developer; it’s an opportunity. Developers are now empowered to deliver the functionality of their product or service exactly as designed. Developers are now actively part of the process that brings together global and local traffic management data (RUM and infrastructure health), application performance management and cost considerations to ensure the cheapest, fastest path to that microservice. The balance and mix of these factors can be customized and fine-tuned by the developer (a.k.a., the newly minted operations expert).

The Bleeding Edge Becomes the Bedrock

You know the cloud is no fairy tale when 74 percent of tech CFOs claim that this year the most measurable impact on their business will come directly from cloud computing. Spending on cloud computing is set to grow at 19 percent CAGR through 2020, six times the rate of overall IT spending. Developers who can harness the magic of hybrid cloud/CDN for video, web content and application delivery will be rock stars. Picture it: fully automated delivery based on business rules, actionable data from real user and synthetic testing, and self-healing network optimizations. Developers can push their capabilities and control right to the bleeding edge, making them an even more agile contributor to the continuous improvement cycle.

Soon enough, as technology progresses and infrastructure is increasingly software-defined, these skills will become a requirement. Over the next few years, this data-driven approach to app and content delivery will be considered a standard capability for digital businesses and a core responsibility for developers. The forward momentum of organizations that have committed to both cloud-first and DevOps-first strategies is powerful and will quickly boost early adopting competitors out of reach. The number of developer-operators capable of managing application delivery in capacity-aware, consumer-responsive, application-tuned ways will soon build to critical mass. Don’t get left behind, wandering lost in the woods.

About the Author / Andrew Marshall 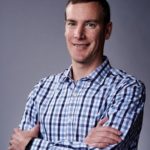 Andrew Marshall is the Director of Product Marketing for Cedexis, and has driven product marketing efforts at New Relic, Amazon Web Services, and Microsoft. Connect with him on LinkedIn.

The entire CI/CD/ARA market has been in flux almost since its inception. No sooner did we find a solution to a given problem than a better idea came along. The level of change has been intensified by increasing use, which has driven changes to underlying tools. Changes in infrastructure, such ... Read More
« Jobs-as-Code: The Business Processing DevOps Forgot
CollabNet and VersionOne Merge to Accelerate Innovation Across Enterprise Software Development and Delivery »