Home » Features » The Jenkins JUC is coming to Santa Clara 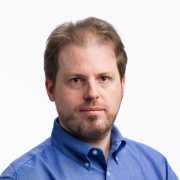 DevOps.com spoke with Sacha Labourey, CEO, CloudBees about the upcoming Jenkins User Conference, its value, purpose, and focus, and about CD. It’s fitting coming into the JUC to highlight Mr. Labourey’s recent accomplishments. “Last year, we announced the Jenkins workflow, so the ability to build pipelines to create Continuous Delivery environments,” says Labourey. Noting Jenkins’ focus heretofore on CI and the notion of single jobs, Labourey offered that CI was not sophisticated enough to build those pipelines. “So the workflow enabling CD is receiving a lot of attention from the community and customers,” concludes Labourey.

Moving on to more recent news, Labourey agrees that Jenkins’ support now for Docker is leading the community to consider how it can better leverage Docker. “Or, if they are already using Docker, they want to see how they can streamline the process by which they are going to build those images, register those, test them and so on,” says Labourey. These developments are key to understanding what customers and the DevOps-minded community will likely bring to the JUC, and what they can hope to take away from it.

Labourey has great expectations for the JUC. “First, it’s a nice party. A lot of those people discuss together at the forums or through other means and that’s a great way to connect,” says Labourey. The JUC will be one big multi-topic Jenkins / CD conversation between and among attendees and presenters. There’s something to be said for face-to-face meetings despite the many unified communications channels and presence technologies available today for remote exchanges, collaborations, and white boarding.

Second, and if the Washington and London Jenkins UCs are any clue, the Santa Clara Conference will see more of what Labourey calls “traditional companies” sending teams to this event to learn new Jenkins features, how other companies applied best practices to solve problems, and what did and did not work for them.

Addressing the Community: the State of CI &CD

DevOps.com specifically asked Mr. Labourey if as we come into the conference he would briefly address the state of CI & CD. Labourey details the changing Jenkins audience and what waits in store for them.

“The historical users of Jenkins can have a pretty strong focus on Continuous Integration. That’s how the project was born. That’s how it became successful. I think we are seeing a new wave of users now, a fresh wave coming from a Continuous Delivery standpoint looking at the full lifecycle rather than just the development section of it. Sometimes I feel like Jenkins CI is the wrong name. It should be Jenkins CD now because Jenkins CI sends the wrong message. I hope a lot of people can spend quality time thinking about that and educating themselves about those new features because they’re not just new features. It’s Jenkins tomorrow. It’s really the problems that Jenkins will have to solve tomorrow. It’s like a new era for the Jenkins project. I really hope that people attending the conference can realize this.” – Sacha Labourey, CEO, CloudBees.

The JUC keynote and events will mirror Labourey’s statement in that the content, especially the presentations will include real use cases with innovative deployments and CD as well as technical discussions of how to master new features. “We see that people attending for their second year have done some quality work with Jenkins within their companies. They come back to present their experience in the form of a company use case or some extensions they’ve created,” says Labourey.

A Vision for Jenkins and CD

“It’s very important for everybody to realize the success of their company and also the success of Jenkins itself will happen if everybody makes the transition to CD and understands it,” says Labourey. Labourey sees the JUC sessions as covering the new tools that make Jenkins the leader of CD. The JUC committee carefully selected presenters and topics in order to target that goal.

And since not everyone can attend a JUC, says Labourey, CloudBees as a company will be hiring people that will be much more active in educating the Jenkins community about this new era of Jenkins.

Open source components have become an integral part of today’s software applications — it’s impossible to keep up with the hectic pace of release cycles without them. As open source usage continues to grow, so does the number of eyes focused on open source security research, resulting in a record-breaking ... Read More
« Practice Safe SSH with Teleport
Webinar: Turbocharge your Continuous Delivery with Test Automation »