Written in the Rust programming language, Pounder said Credit Karma created Talon Polly to provide its developers with a language-agnostic platform for building and deploying applications. Talon Polly can be deployed as a sidecar using containers or as a process running within a software environment. 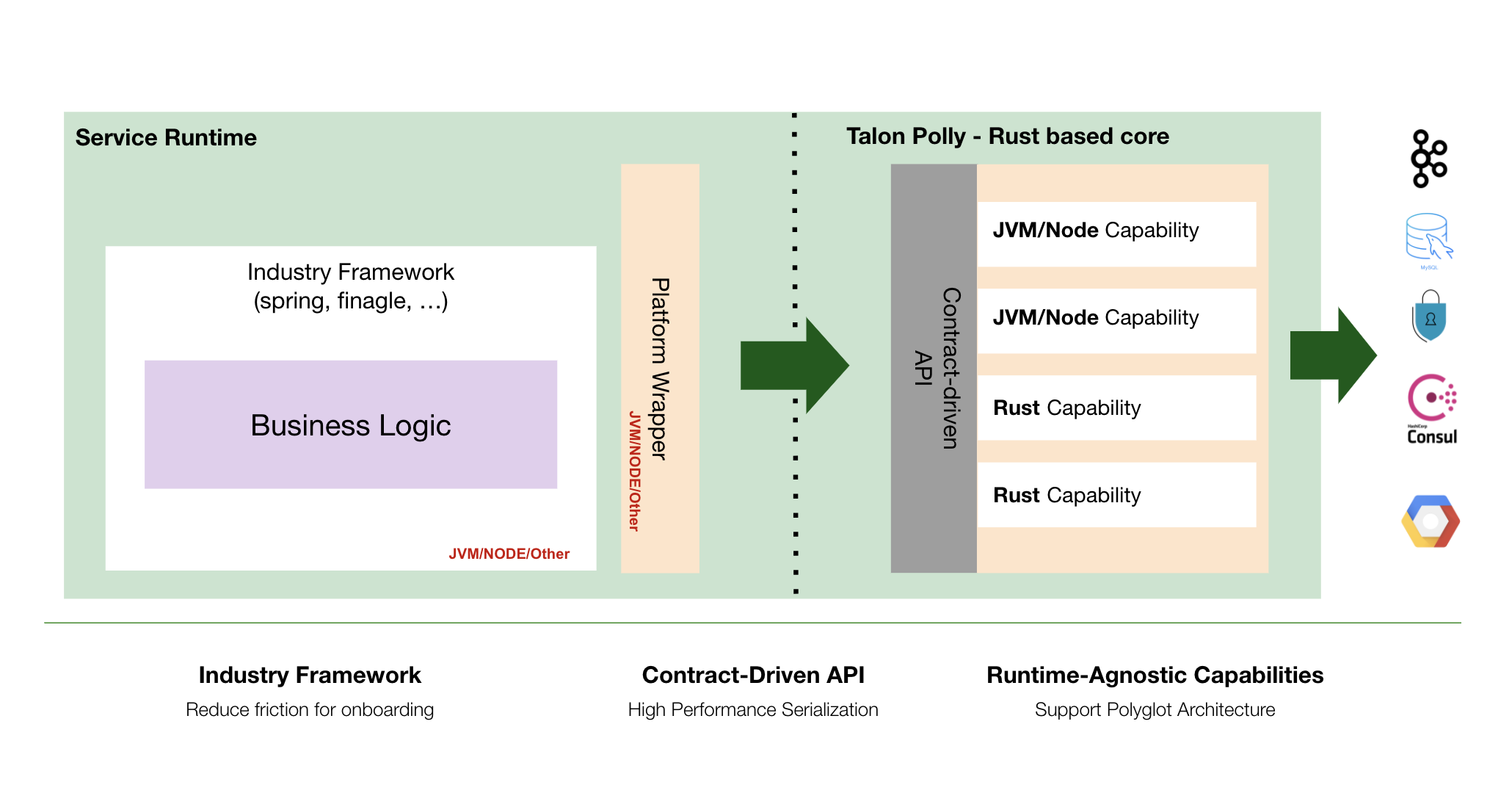 While there is no shortage of frameworks for building and deploying software, Pounder said Talon Polly is designed to make it easier for development teams to reuse code and components across multiple applications using, for example, a contract-based library included in the framework. That approach also enables Credit Karma to ensure a common set of security policies are enforced across those application environments, he noted.

It’s not clear to what degree other frameworks may emerge to address the same issues at Talon Polly. Odds are good that other organizations that need to deploy distributed applications built using multiple programming languages have faced similar challenges. The Cloud Native Computing Foundation (CNCF) has also adopted Dapr, a set of application programming interfaces (APIs) created by Microsoft that are deployed as container sidecars to make it simpler to build distributed applications, as an incubating project.

Regardless of approach, the rise of distributed microservices-based applications is creating a significant management challenge for DevOps teams. Each microservice is built by different development teams that prefer one programming language over another for any number of reasons. Deploying and updating those microservices across a distributed computing environment requires more sophisticated orchestration of workflows, given all the dependencies that exist between microservices.

The paradox is that while microservices-based applications are more resilient because calls to services can be rerouted in the event of a disruption, the overall application environment becomes more complex as the dependencies between distributed microservices increases. As such, many organizations are opting to use microservices to build applications only when a certain level of resiliency is required or it’s been determined that a function likely to be used by multiple applications is more easily accessed via a microservice that has its own API.

One way or another, going forward, it’s not so much a question of whether microservices will be employed but rather to what degree and across how many applications.

Now, more than ever, companies who rapidly react to changing market conditions and customer behavior will have a competitive edge.  Innovation-driven response is successful not only when a company has new ideas, but also when the software needed to implement them is delivered quickly. Companies who have weathered recent events ... Read More
« Great Resignation Spurs Interest in Tech Certifications
DevOps for Customer Experience »