DevOps is an interesting space to be operating in right now. More than just culture or a set of tools and processes, DevOps delivers speed and agility that can be truly meaningful for the business. Unfortunately, for most large enterprises, the path to the benefits isn’t always well-known and isn’t assured.

Over the last five to 10 years, a number of DevOps tools and solutions have emerged: Puppet, Chef, Jenkins, Git, SaltStack, Elasticsearch … and the list keeps growing. Originally, these tools were sought by developers and system engineers for their ease of use and low cost of ownership: You could download it, use it the same day and solve your specific problem. The issue for enterprises,  however, is that nature abhors a vacuum; the problem one developer addressed with Chef is being fixed with Puppet by another developer in a different business unit. Group A is using Jenkins, Group B is using Chef Delivery. In short, after five to 10 years of technology adoption by developers and system engineers, the tooling landscape in the DevOps space is packed to the rafters with competing technologies, all of which are solving similar problems with overlapping features.

So why should this matter to you at all? Without careful planning, consideration and execution, your business will derive little value from this DevOps exercise.

Here are a few common pitfalls we see far too often:

Too Many DevOps Tools Doing Too Few Things

Building Rube Goldberg devices looks neat on paper, but those mousetraps fail very often in real life. The more tooling and solution handoffs you have, the greater your likelihood of failure: the less likely you are to be able to scale horizontally or vertically, the more toolsets you need to maintain, and the more skills you need on your team. Convoluted messes do not yield speed and agility. If it feels wrong, it probably is. If it is overwrought, look to remove complexity from the landscape.

As an organization you’re onboarding risk, hidden costs and a lot of the things you just spent the last 10 years automating away: tribal knowledge, lack of governance, lack of compliance, lack of third-party auditability and reporting. Many enterprises spend millions of dollars making it so their admins and developers could spend time on more valuable workstreams, just to throw them back into the salt mines of making continuous integration (CI), continuous delivery (CD) and infrastructure-as-code “work” over umpteen toolsets. The goal isn’t for DevOps to “work”; the goals need to tie to some tangible (i.e. measurable) business benefits. Anything can be made to work, but far fewer IT programs deliver value. Be the people who deliver real value.

All of the stakeholders need a seat at the table. Whether that means forming a SWAT team from operations (all infrastructure domains and security), development, QA or a permanent DevOps matrix organization, all vested interests need a say in how the process and tooling develops for all impacted domains (which is just about everything) across all environments (i.e Dev, Test, QA, Production). Far too often we see one set of stakeholders acting as the service provider for another group of stakeholders playing the role of customer. This is a solution for and by Development and Operations.

Congratulations, you’re having a baby. Let’s make sure it’s not ugly, okay?

About the Author / Jesse Langhoff 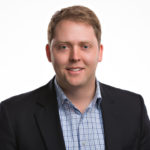 Jesse Langhoff is co-founder and CEO of Raindance, a cloud and automation consultancy serving enterprises nationwide. With over 15 years of experience in leveraging technology to address business challenges, Jesse works with customers to determine the optimal path to meeting their goals through the use of automation and solutions provided by the leading vendors in the space. Areas of expertise include strategy and assessments, private/hybrid cloud services, process automation and orchestration, DevOps and operations as a service. Jesse holds an MBA from University of St. Thomas – Opus College of Business.

The entire CI/CD/ARA market has been in flux almost since its inception. No sooner did we find a solution to a given problem than a better idea came along. The level of change has been intensified by increasing use, which has driven changes to underlying tools. Changes in infrastructure, such ... Read More
« Things to Know When Planning for Cassandra Backup
DevOps Chat: Dave West, CEO Scrum.Org »