I don’t think anyone became a developer because they loved to spend their time debugging. As frustrating as it may be, making sure your build works is critical—and this burden is now falling on developers. If your organization wants to deliver highly rated apps faster, building quality into the development cycle is imperative. Even though agile development has become a popular approach, it’s execution has a ways to go.

A recent trends report in mobile and web development shows 25 percent of time is spent addressing a bug fix backlog. This can slow time-to-market and limit the amount of new features your company can roll out—not ideal when your top priority is to draw in new users and boost engagement to stay competitive. The good news is, the time spent debugging throughout the development cycle can be minimized. How? By shifting QA into the development process, you can spend more time coding and less time fixing.

The question for devs today isn’t whether they test, but when and how to do it best. We’ve all heard the vague, top-line answers before: “Adopt Agile development,” or, “Shift left.” The problem is, these terms and strategies can be challenging to execute in practice, especially without proper tools to make it happen.

When we talk about “shifting left,” there’s still an important balance to be found as to which stage is right for dev teams to test—it can’t be too early, when there is nothing meaningful to test, and it can’t be too late, when the test batch pile is too big. Once your coding and testing processes are harmonized, you can effectively maximize your time and resources and get the job done faster and better.

For development teams, if testing is done in bulk at the end, identifying the specific point in the build that needs to be corrected is like finding a needle in a haystack. When we shift quality left, defects are found earlier among a much smaller set of changes, and are therefore easier to fix. That’s why continuous integration (CI) calls for building, integrating and testing the system you’re developing upon delivery of even the smallest change.

By testing continuously, uncertainty is reduced and feedback loops are made smaller, ensuring you’re building in the correct direction. The “shift left” trend is ultimately going to condense the dev cycle by getting quality back into the ingredient list. The earlier we deal with quality issues, the less focus is taken from our primary goal: building valuable, innovative technology.

Find Tools that Mesh with Your Workflow

Whether you use Selenium, Appium or Android Studio, new products need to integrate seamlessly into existing developer environments. Having to switch between building tools and testing tools is a big waste of time, and it’s unrealistic to expect a high adoption rate if the product is disrupting, rather than enhancing, your workflow. If you’re expected to shift testing into your development cycle, look for testing tools that seamlessly support the continuous integration of testing.

Once your testing and building processes is aligned, the testing feedback and analysis becomes a new bottleneck. To minimize inefficiencies and feedback gaps, you need to carefully select tools that will improve visibility into build health, and help avoid batching up issues.

At the end of the day, smaller batch sizes are only half the battle. No matter the batch size, quality only can be built in if it includes full test coverage, and if all the defects can be fixed in a way that actually meets user standards of quality.

With tons of potential end user environments, injecting reality into the development process is crucial if you want to meet the high expectations of today’s consumers. With different phones, operating systems, levels of connectivity and apps running in the background, you never know what your apps will be put through once released. Leveraging stable test environments capable of recreating all potential user conditions throughout the developments cycle will maximize efficiency in development and accelerate the speed of innovation at your organization.

Through a better delivery pipeline, mobile app and web developers are simply more effective. Once your test process is automated, aligned and maximized, writing better code can become your main focus. By taking a strategic, practical approach to shifting quality left—and giving developers the opportunity to focus on what matters most—you’ll see happier developers, and in turn, more successful businesses.

About the Author / Paul Bruce 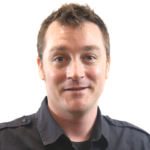 Paul Bruce is Developer Evangelist at Perfecto, focusing on the value of quality and velocity throughout the software life cycle. He previously worked as an advocate for API development and testing practices and a full stack developer before that. He now writes, speaks, listens and teaches about software delivery patterns in modern enterprises and key industries around the world. Connect with him on LinkedIn and Twitter.

Open source components have become an integral part of today’s software applications — it’s impossible to keep up with the hectic pace of release cycles without them. As open source usage continues to grow, so does the number of eyes focused on open source security research, resulting in a record-breaking ... Read More
« The Thin Veil of Success
From Monolith to Microservices – and Beyond! »