Home » Blogs » DevOps in 2017: From Building to Executing

In 2016, DevOps grew in popularity and use, new tools were introduced and enterprises across industries realized the influence and benefits derived from agile development. But there are even more developments to look forward to as enterprises engage DevOps teams further.

Scaling-out solutions, providing a baseline for a new cultural approach to problems and continuous improvement will continue to be priorities. But there are a few items that we’ll likely see come to the forefront in the new year. In fact, 2017 should be an even more exciting year for DevOps.

Here are my top four predictions for what we can expect this year:

The next phase of DevOps will focus on security

Security was a perennial news event throughout 2016, and we can expect the same in 2017. However, DevOps teams likely will be challenged to build good security practices into code as a part of application development, rather than refining security post-facto. This will lead to DevOps, QA and operations bringing security teams deeper into the DevOps environment, if not outright incorporating them as a part of the team.

The foundations for this development were put in place in early 2016 as the DevSecOps model gained traction in cybersecurity circles throughout the year. In 2017, we’ll see DevSecOps teams build on these foundations. After all, every company is at risk for a data breach.

The convenience of containerization makes it one of the most desirable technologies for DevOps teams, and next year we’ll see it gain even greater use. It’s easy to understand why: Containerization solutions, such as Docker, grant teams the ability to provide a consistent environment from development to production. We may even see containerization move to non-production environments over the course of 2017 due to its portability across multicloud platforms. And that portability is critical not just for production purposes but for security as well.

DevOps will extend into pay-as-you-go

DevOps will, almost by necessity, develop an on-demand model in 2017. Companies are realizing the stark demand for DevOps skills and they will be meted out according to internal needs and external demands.

In particular, we’ll likely see a lot of opportunity for DevOps in cloud implementation, since enterprises leverage solutions across cloud providers. With cloud provider “lock-in” still a real concern for many enterprises, any provider capable of operating cross-cloud development—thereby allowing customers to switch to a low-cost cloud provider—will be in high demand. This is good news for customers, as it allows them to finally benefit from the elastic nature of cloud pricing models.

DevOps will become pervasive across the enterprise

Finally, enterprises will use DevOps across the enterprise. Thus far, large enterprises have been experimenting with DevOps in discreet projects, but they have started to plan for employing DevOps principles at enterprise-level, and we will see this roll out next year.

Thus far, DevOps has been focused on adopting and orchestrating technology and tools to build automation pipelines. But moving ahead, we’ll witness DevOps change its focus from building to executing. With this industry development and the shift within DevOps to security and containerization at an enterprise level, we’ll begin the true potential of DevOps.

About the Author / Tan Moorthy 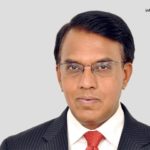 Tan Moorthy is Head of Global Services for Application Development and Management at Infosys, a next-generation IT services provider. Connect with him on LinkedIn.

Now, more than ever, companies who rapidly react to changing market conditions and customer behavior will have a competitive edge.  Innovation-driven response is successful not only when a company has new ideas, but also when the software needed to implement them is delivered quickly. Companies who have weathered recent events ... Read More
« The Code Doesn’t Lie, and Other Operations Mantras
DevOps Chat: Aruna Ravichandran, Co-Author, DevOps for Digital Leaders »