From the perspective of the industrialization of work labor also in the software industry, the answer to the first question appears very clear to me: DevOps is the third (digital) revolution of software and IT services, where CI/CD was equivalent of the second industrial revolution as elaborated in more detail in this article. Chances are high that further transformation can be expected to merge it with the fourth industrial revolution, as stated here: “DevOps will underpin the 4th industrial revolution.” That is also why chief digital officers (CDOs) should be in contact with DevOps teams in their organizations.

Now, I see two important things have happened end of 2016: First, the establishment of DevOps Express, as 14 leading enterprise vendors have recognized the importance of interoperability of their tools for leveraging DevOps stack. The demand for this—the second important thing—has been (in my opinion) totally confirmed by CA’s infographic going viral, which maps a broad selection of tools around the software development life cycle. Adding the lifecycle view has been definitely an improvement beyond an overview of tools as proposed in the Periodic Table from XebiaLabs. Still, we are not done. Let me explain why.

The next challenge I see is there is yet no agreement within the community what is—or could be—a reference DevOps toolchain (meta) model or process (meta) model. Is it:

In the seminal book, “Continuous Delivery,” this life cycle was suggested as “Commit stage, automated acceptance testing, automated capacity testing, manual testing, release.” While we talk so much about culture in DevOps, we should recognize the need to align on a high-level view on the DevOps life cycle that is well-understood and accepted by most stakeholders.

To have a track of all this and attract other collaborators, I have created an open format (SVG) infographic and published it as a GitHub project. Dear colleagues at the DevOps Express consortium, this is your call! Let’s join forces and accomplish this together.

After we will have (I hope so) a community-accepted DevOps meta-model toolchain setup and all important tools in place on the ecosystem, many more interesting questions will appear:

Why DevOps is also CDO’s Business

The fourth industrial revolution builds on digital process data, right? So if we aggregate all that data spread across and produced by the DevOps tools, we could get useful and holistic analytics and insights about IT in much faster time than we can imagine today.

About the Author / Peter Muryshkin 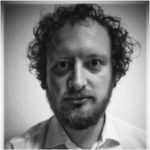 Peter studied M.Sc. in Applied Computer Science and works in management consulting roles focusing on complex analysis and customer satisfaction, like IT Business Analyst and Change Manager. His current scientific research focus is digital transformation applied to the field of software engineering in large distributed organizations. Connect with him on LinkedIn.