“C++ is not only the most powerful language in terms of performance, but it’s also a great language! It has true generics, it is expressive, and one of the most loved languages out there by programmers.”

— Diego Rodriguez-Losada, SW Engineer at JFrog and creator of Conan.io

This very powerful language that has unbeatable performance continues to be used and favored in all industries. However, while DevOps has become pervasive in other major domains of software development such as Java, implementing modern C and C++ DevOps hasn’t been easy, despite solutions out there that can actually help.

Let’s take a look at the challenges C/C++ developers face, and then see how they can be solved.

C and C++ are are favored by many developers for many great reasons. However, implementing modern DevOps and continuous integration in C and C++ projects isn’t easy. It is still challenging due to the nature of the C/C++ programming languages and ecosystem. Today, we have the knowledge and experience to identify the requirements we need to meet today’s DevOps needs for C and C++. And I’ll demonstrate with the below case study that this is possible.

Ideally, we want the CI/CD flow from the developer changes to production to be as smooth and fast as possible. However, when compared to other development languages, C/C++ developers face greater challenges:

Given the above list of challenges, what are the modern DevOps practices and tool requirements for C and C++ projects?

Conan is a free OSS C/C++ package manager. It is decentralized, portable, and multi-platform, running on many operating systems, such as Windows, Linux, Mac, BSD and Solaris, but targeting any possible target of C/C++ applications.

Here’s how Conan addresses the above requirements:

Conan package recipes are written in Python, so they can be used to easily customize behavior to a great extent with standard Python syntax, allowing users to easily plug-in many different tools that were previously mentioned in this article: static analysis, testing, code coverage, and more.

Let’s take a look at a typical flow, from a DevOps perspective, to illustrate how Conan works. First, a developer makes some source code changes to a specific library (LibB), committing and pushing these changes to the shared version control system server (Git Repo).

Then the CI system will listen to the Git repository, ideally with Git hooks since polling is not recommended, and fire a job for it (Jenkins). Below is an example of how this would be defined with a Jenkins pipeline: 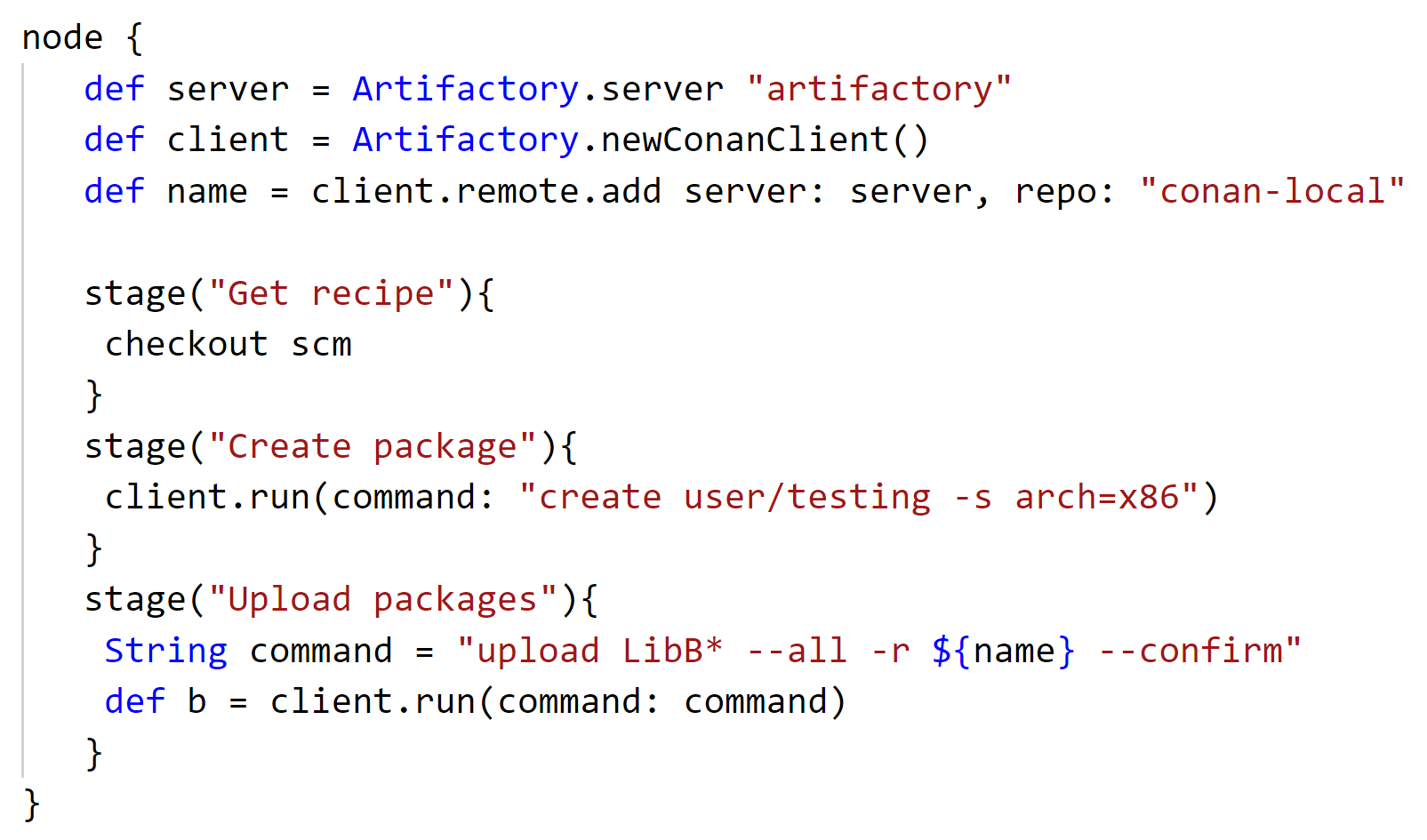 The first stage in the above example is straightforward. The second stage invokes the package creation that is internally split into the two subtasks:

This example illustrates a build configuration for a 32-bit architecture as specified in the  “conan create” command with the “-s arch=x86” argument. Note that many additional configurations can be built in parallel using parallel tasks and jobs for different compilers, OS, architectures and more.

C and C++ have extra challenges compared to other programming languages in development. This also makes it more challenging when trying to implement modern DevOps, but not impossible. C/C++ has been overlooked and it’s time we update the tools to meet the needs of developers. What DevOps principles and practices are you implementing with your C/C++ projects?

About the Author / Baruch Sadogursky 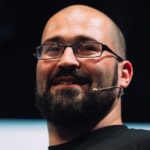 Baruch Sadogursky is the Developer Advocate at JFrog. For a living he hangs out with JFrog’s tech leaders, writes code around the JFrog platform and its ecosystem, and then speaks and blogs about it all. He has been doing this for the last dozen years or so, and enjoys every minute of it. He also is a professional conference speaker on DevOps, Java and Groovy topics, and is a regular at the industry’s most prestigious events including JavaOne (where he was awarded a Rock Star award), DockerCon, Devoxx, DevOps Days, OSCON, Qcon and many others.  His full speaker history is available on Lanyrd. Follow him on Twitter @jbaruch on Twitter, or read his blogs here and here.

Open source components have become an integral part of today’s software applications — it’s impossible to keep up with the hectic pace of release cycles without them. As open source usage continues to grow, so does the number of eyes focused on open source security research, resulting in a record-breaking ... Read More
« What Developers Want, and How to Give It to Them
Tactical Planning »