If “Dev” and “Ops” are the power couple of tech, “DevOps” is the holy matrimony that takes innovation from trainwreck to fast and repeatable. At most businesses, however, Dev and Ops still sleep in separate rooms and agree only on their mutual contempt.

Dev (Development) and Ops (IT Operations) usually are divorced or ready to serve the papers because their incentives clash. In Ops’ opinion, Dev is an idiot—always out late drinking with friends, he comes up with wild ideas and wants to implement them immediately. Dev can’t make anything work on real servers and can’t write scalable, stable code.

To Dev, Ops is a total code-blocker—she makes Dev go through “change management boards” and slows down progress. She lets the competition get to market first. So every day, Dev and Ops have an angry shouting match that ends in tears.

I wish I were exaggerating. My coworker Brandon Cipes once walked into an interview for a product development position. The interviewer broke down crying because the relationship between Dev and Ops had gotten that nasty. They refused to meet with each other, let alone be in the same room.

When Dev and Ops have a dysfunctional relationship, they struggle to communicate, collaborate and get results. Their organization will fail at innovation because it lacks the cultural, technological and procedural base to do otherwise.

The missing base is DevOps. It’s a unified strategy for Development and IT Operations, and implementing it can have the following effects:

Normally, Dev and Ops play “telephone” because they’re physically separated and have too many points of communication. Emails, IMs, grudgingly accepted meetings and passing conversations ensure Dev and Ops never get the full message.

DevOps fixes communication by assigning Dev and Ops personnel to the same teams. They sit in one room and work in a single squad (a.k.a. a pod or team) of no more than eight to 10 people. If they turn their heads, they see each other’s beautiful faces. Until promotions or career change do them apart, they can’t avoid talking and working toward common goals.

For many Dev and Ops teams, “collaboration” is another word for bureaucracy. It’s TPS report-ish stuff characterized by change review board meetings and laborious documents that tell Ops how to deploy new code. Dev and Ops might accidentally (or intentionally) withhold information from each other.

In DevOps, collaboration is automated. Instead of change review board meetings, you use version-controlled software. The hand-offs from Dev to QA and QA to Ops are done by machine. A script deploys the code for Ops so there’s no risk of misfiring.

“Collaboration” is no longer an ordeal or choice. Documenting and sharing the squad’s collective knowledge is wired into the process.

Normally, a software deployment is like a sloth trying to cross US 101: slow, awkward and soon to be roadkill. That’s all thanks to bad communication and bad collaboration.

With DevOps, you catch problems before they go live. Test automation prevents any need for manual checks. One person corrects the problem in a matter of minutes whereas before, a team of five might spend eight hours tracking down and fixing one bug. Ops feels confident that tested code won’t cause havoc.

Thus, the upshot of DevOps is speed and stability. Before, Dev and Ops delivered maybe a few times a year and faced regular breakdowns. DevOps can deliver multiple times daily without a hitch.

DevOps is a cultural, procedural and technological transformation. As in a marriage, both partners are responsible for good outcomes. Linked as they are on one squad, Dev learns to care about stability and Ops begins to value innovation.

If “agile” is about making businesses nimble and quick, DevOps is about applying agile principles to technological development and operations. Ultimately, it’s about beating your competition to the next big thing.

Dev, easy on the drinking escapades. Ops, live a little. Tie the DevOps knot and make some innovation babies.

About the Author / Zubin Irani 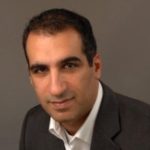 Zubin Irani is co-founder and CEO of cPrime, a full-service consultancy that focuses on agile transformations and project delivery solutions for hundreds of software teams, including more than 50 of the Fortune 100. Connect with him on LinkedIn.

Now, more than ever, companies who rapidly react to changing market conditions and customer behavior will have a competitive edge.  Innovation-driven response is successful not only when a company has new ideas, but also when the software needed to implement them is delivered quickly. Companies who have weathered recent events ... Read More
« Why People Go To Work
An Unanticipated Obstacle to Full Automation »