DevOps is all about increasing the feedback loop from idea to customer and back again. Tremendous gains have been achieved in automation and tools to drastically reduce the amount of manual labor involved in progressing down the release pipeline. But mission-critical applications in a highly competitive market cannot afford to go down. Complex applications, environments and infrastructure increase risk, which can cause failure.

Why so much failure? All too often we’re still seeing a lack of consistency across the release pipeline. Many times the provisioning and deployment processes are very different at the opposite ends of the pipeline. But by shifting left the operations concerns, you can achieve much more success in production.

Understanding How to Shift Left

The term “shift left” refers to a practice in software development in which teams focus on quality, work on problem prevention instead of detection, and begin testing earlier than ever before. The goal is to increase quality, shorten long test cycles and reduce the possibility of unpleasant surprises at the end of the development cycle—or, worse, in production.

Another way to reduce the failure rate is to make all environments in the pipeline look as much like production as possible. This is almost impossible using traditional provisioning processes. Production environments usually are much heavier and detailed than are needed by development. But by using cloud and pattern capabilities, you can get much closer.

The ability to use patterns to define consistent environments eliminates the failures that occur simply by configuration inconsistencies. This again requires operations and development to work together in creating the provisioning process so developers create their test environments the same way they are created in production. Using IBM UrbanCode as an example, this can be done by connecting UrbanCode Deploy to an automated self-service provisioning system such as OpenStack HEAT or IBM Cloud Orchestrator connected to OpenStack. 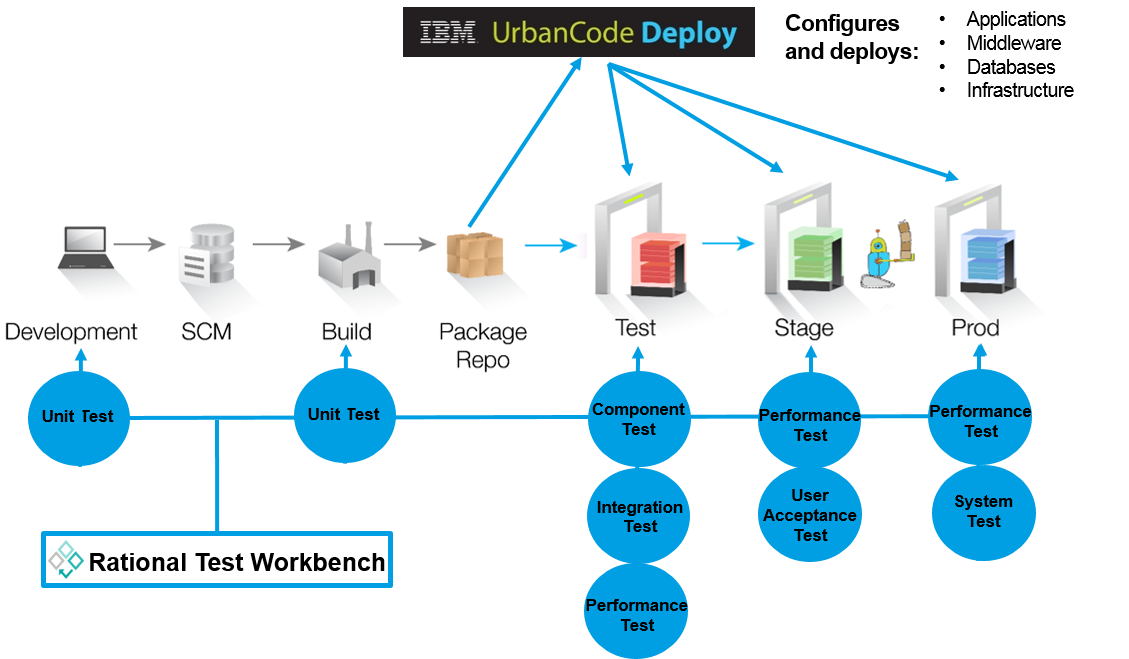 These standard patterns can be used to create environments for all stages of the pipeline. And by using cloud capabilities you can deprovision these environments as fast as you can create them. This also allows the enterprise to have confidence in their environment patterns. They are tested on a daily basis and, therefore, operations can feel confident that testing is done on production-like environments.

No one wants to experience production failures—and it is in everyone’s best interest to do all they can to prevent them. At the root of DevOps is the removal of those silos between development and operations. By applying these shift left operations principles you are well on your way to reducing your failure rate.

The ingredients to make shift left are real and available: automated testing and deployment tools, service virtualization technology, agile practices and cloud environments. The main obstacle that remains is the mindset of delivery organizations. Learn more from the newly updated Application Deployment and Release for Dummies ebook to find out more.

While building constructive culture, engaging workers individually and helping staff avoid burnout have always been organizationally demanding, they are intensified by the continuous, always-on notion of DevOps.  When we think of work burnout, we often think of grueling workloads and deadline pressures. But it also has to do with mismatched ... Read More
« What is DevOps’ Business Value?
A Thing Called the Cloud »