In 1967, Joni Mitchell released one of her most iconic songs, “Both Sides Now.” The song was inspired by the book, “Henderson the Rain King,” in which author Saul Bellow writes about flying to Africa and looking out the plane window, “Look at those clouds down there; it’s very strange to look at the clouds from up above them. I remember as a boy having dreamed up at clouds a lot and having seen the cloud from both sides now, I suppose I shouldn’t really be amazed by anything.”

Although not her intention and slightly before its time of popularity, the song speaks quite accurately to the tensions between idealized DevOps and the reality on the ground that many organizations are struggling through. On paper, the core tenant of DevOps is about cooperation, seeing problems and processes from multiple team members’ perspectives from each side, but this is easier said than done.

The Unicorns and the Rest of Us

Some of today’s most successful and disruptive companies—including Google, Netflix and Facebook—have taken their market-leading positions precisely because they have developed strategy and culture around DevOps. It has been part of the company DNA since the beginning and every employee is bought into it. This means fast, agile development and experimentation is part of the culture.

While many companies would like to capture some of the benefits that unicorns have realized from implementing these development methodologies, for many, this simply is not an option. There is legacy infrastructure, processes and people—who are sometimes the hardest to change. Often DevOps is embraced in small pockets of a company, by teams with newer members working on new projects. The mindset shift that needs to happen to have DevOps—and everything that comes along with it—become part of a company’s culture takes time, commitment and perseverance. However, a good way to start is by demonstrating the fresh, diverse perspectives that can be gained through experimentation and progressive exposure to encourage wider adoption.

One of the ways modern app delivery, operations and business management teams at organizations all along the adoption spectrum are achieving governance, operational awareness and control at speed is by wrapping new code deployments in feature flags and using a centralized platform to control progressive exposure to users.

By themselves, feature flags are not new. What is new is the centralized and externalized control plane as a service and, newer still, the idea of observing system and business KPIs at the user session or request granularity level for feature flag-controlled decisions.

When something is rolled out to 5% of the users, it is not likely to light up global ops or business metrics dashboards, even if it is a bit broken—and that makes people cranky. If instead, tools are in place to monitor the KPIs within that 5% population and compare it to the other 95% looking for divergence, you have a much more powerful early warning system.

These new centralized platforms also extend observability to stakeholders beyond the few wizards driving orchestration and ops teams watching dashboards. An anti-pattern to the local control autonomy spiel modern DevOps patterns call for, this wider visibility protects against local optimization traps in which one team improves its KPI while degrading other KPIs it doesn’t know or care about.

As Joni said in all her wisdom:

“I’ve looked at life from both sides now
From up and down, and still somehow
It’s life’s illusions I recall
I really don’t know life at all.”

No team or organization can know everything all the time, but we can build in visibility to the process of rolling out functionality to our users and create a shared vision of our intentions and the results we achieve. I would argue that if you do look at DevOps from both sides, up and down, you will know the benefits.

IT and business are changing rapidly. Growth opportunities in new markets, evolving customer behaviors and preferences, increased competitive pressure, and new standards in regulatory compliance are causing organizations to adapt their operations and processes. Even so, rigid legacy IT infrastructure can keep you from adjusting to change and reduce the ... Read More
« Shift Left Without Fear: The Role of Security in Enabling DevOps
CloudBees Acquires Rollout for Feature Flagging »

DevOps Chat: Is the Software We Create More Secure? Veracode... 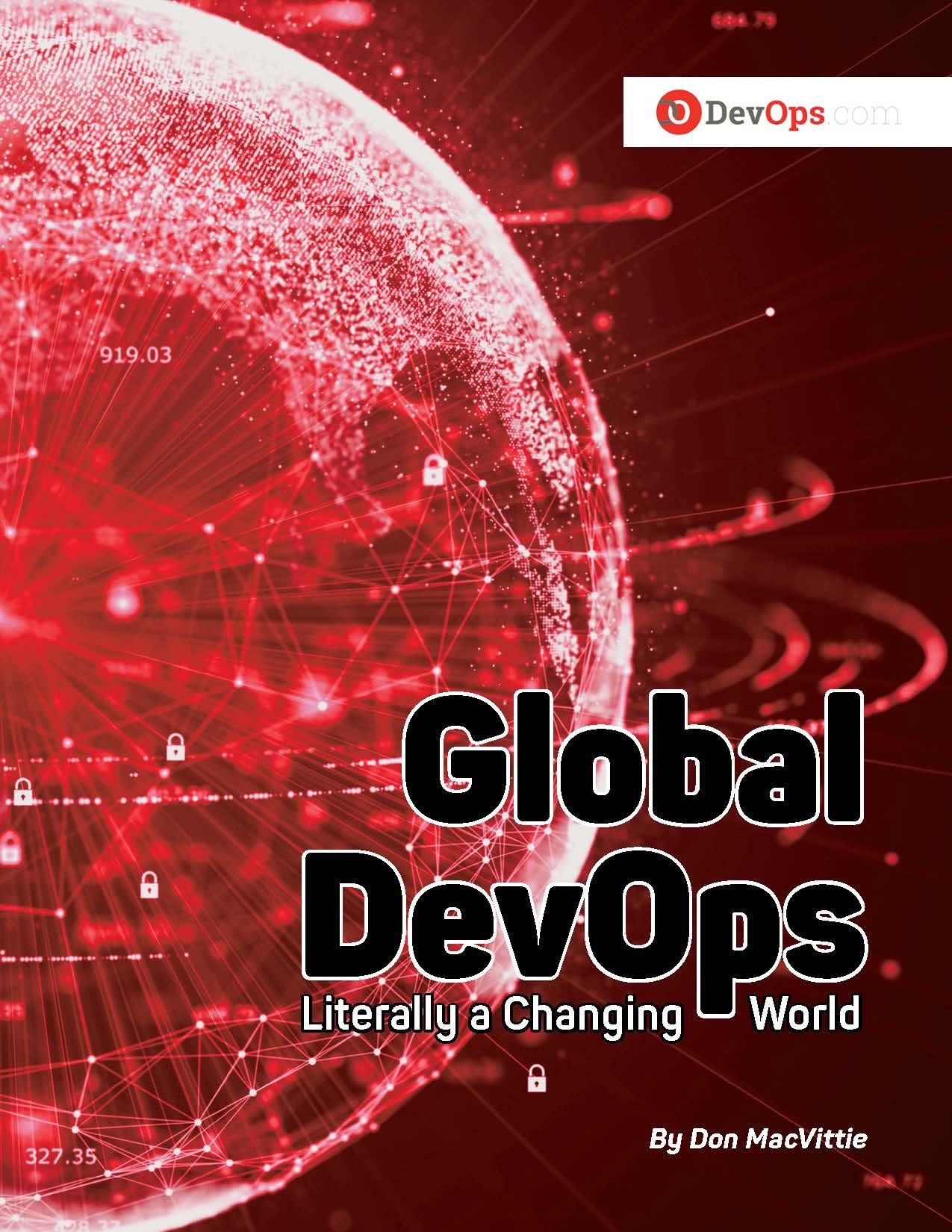