Much of the focus on DevOps remains at the implementation level – on gaining efficiencies through automation of tasks and orchestration of processes. While this is not a bad thing, such a micro-focus on the moving parts can result in the loss of efficiencies to be gained at the macro-level.

One of the biggest inhibitors of a timely release cycle is not the moving parts, but rather the process in which those moving part are executed. It’s not necessarily the actual push into production that’s problematic, but the length of time it takes to accomplish certain tasks when they cross internal organizational boundaries.

For example, many years ago we began the process of pushing a new application into production – a web application. This required, perhaps obviously, changes to the corporate firewall. The “process” for accomplishing this change – essentially opening a port on the firewall for the intended public IP address – required no less than five different signatures across networking, security and architecture teams. There were only two security roles allowed to approve such a change, and the process was noted as taking up to 15 days to get a signature on a piece of paper and subsequently a rule change. 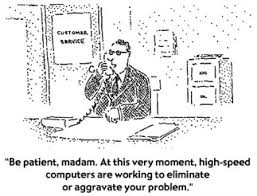 This was not a task level problem. It was not implementation issues. It wasn’t even difficulty in making the change on the firewall. It was all about the process. Scheduling a release meant taking into consideration not only the readiness of the application itself, but its supporting services – including networking.

This is why DevOps should start with a review of the processes used to release an application into an environment (whether test, QA or production). Mapping out the process is the first step to finding where the bottlenecks might be that are causing delays in moving that application to the next phase of its lifecycle.

Simply automating an existing process may not provide the value expected or touted by DevOps supporters, because if the process is poor, you just end up doing something poorly much faster.

In other words, the value of DevOps is not necessarily in simply automating SOP (Standard Operating Procedure).

The initial Value Stream Map captures the current process as it exists.  This is known as the “As Is.”  It is the actual process flow and should be created through observation of the current flow and with participation of those who are in the process.  Do not make the mistake of pulling a process map from the procedural manual (SOP).  The best technique for mapping is to be the unit (the “thing”) coming through the process. For example, in the insurance industry it might be the policy.  In the auto industry, it may be the car.  In each instance, the Value Stream Map begins with the request for the unit i.e. insurance policy or car.  [emphasis mine]

For application deployment, the “thing” is … an application, and the process should be mapped based on what’s actually happening. Only when you have the process mapped can you evaluate it for bottlenecks and understand the steps of the process at which each group adds value. Value is defined as any step that moves the thing (the application” toward the end goal. Efficiency is then measured as a percentage; specifically it’s the value added time as a percentage of the total time it takes to complete the process (the cycle time).

Don’t confuse doing something faster with greater efficiency. If every step of the cycle is automated, the actual process efficiency hasn’t changed. The ultimate goal of DevOps should be about improving the efficiency of these processes, not just doing what’s always been done faster.

Some of the opportunities for improvement in efficiency that will surface is certainly interfaces with other organizational groups. Perhaps it’s that a process step might not take as long if you had relevant data or information up front. If you’re wasting time waiting for some piece of information, that’s not value added time. It’s just cycle time. More cycle time reduces the efficiency of the overall process by overloading it with wasted time. Better information gathering up front can help reduce the wait time and immediately provide greater efficiency of the process.

It is these opportunities for improvement that will be particularly helpful in the enterprise arena, where the issue is not so much attempting to hit ten deploys a day, but rather the predictability and efficiency of the processes that enable teams to hit a specified change window as desired.

DevOps is not about the tools, or the automation of manual tasks. It’s about the big picture, and that means gaining greater efficiencies through process re-engineering and orchestration as well as automation. Focusing on the micro aspects of DevOps will only ensure that if you’re doing it wrong, you’re doing it wrong faster. Step back and look at the big picture, and find those process steps that are really causing inefficiencies in your organization.

“The Automated Enterprise” e-book shows the important role IT automation plays in business today. Optimize resources and speed development with Red Hat® management solutions, powered by Red Hat Ansible® Automation. IT automation helps your business better serve your customers, so you can be successful as you: Optimize resources by automating ... Read More
« Five Top Tips for Cloud and DevOps Automation
The web-scale avalanche »