DevOpsDays Silicon Valley is coming, so mark your calendar! DevOpsDays events are a global phenomenon, bringing together practitioners across roles for two days of scheduled presentations and networking in a community-organized event. You won’t want to miss this year’s conference!

The 7th annual DevOpsDays Silicon Valley is scheduled for June 24-25 at the world-famous Computer History Museum. Silicon Valley is the oldest of the U.S. events and was originally the third DevOps Days ever. The conference, which started in 2010 as a low-key event hosted on the campus of LinkedIn, has grown into a major event.

This year’s lineup includes talks from a variety of perspectives including security! Jennifer Davis, co-author of “Effective DevOps,” will open the conference up with “Devops is for Everyone.”

Following the inspiring talks, each afternoon is dedicated to Open Space, where the agenda is dedicated to small-group, participant-led discussions chosen on the fly. This is the chance to dive into specific topics, ask for help, discuss what you’ve done, find like-minds or just be a fly on the wall and take it all in.

About the Author / Damon Edwards 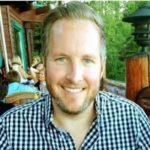 Damon Edwards is the co-founder and managing partner of the DTO Solutions, a DevOps and automation engineering consultancy whose clients include leading SaaS, e-commerce, gaming, and financial services companies. Damon Edwards is also the co-founder and vice president of SimplifyOps, a provider of support and services for the users of the Rundeck open source project. Damon has spent over 14 years working on both the technology and business ends of IT operations. Damon is also a frequent conference speaker and writer who focuses on DevOps and operations improvement topics. Damon is active in the international DevOps community, including co-organizing the DevOps Days conference series, co-hosting the DevOps Cafe podcast, and a co-author of the DevOps Cookbook from IT Revolution Press.

While building constructive culture, engaging workers individually and helping staff avoid burnout have always been organizationally demanding, they are intensified by the continuous, always-on notion of DevOps.  When we think of work burnout, we often think of grueling workloads and deadline pressures. But it also has to do with mismatched ... Read More
« Dashboards from Hell
DevOps Chat: Nathen Harvey, Chef »