In addition, version 8.5 of ElectricFlow adds support for a Kanban-style pipeline view, object tagging for custom reporting and improved searchability and a continuous integration (CI) dashboard to track and analyze build processes, failures and successes.

The SaaS option doesn’t fundamentally change the existing Electric Cloud pricing model as much as it does provide a different location to host ElectricFlow, said Electric Cloud CTO Anders Wallgren. Pricing for ElectricFlow is still based on nodes and the number of users rather than consumption.

The CI dashboard, meanwhile, provides organizations that have one or more types of CI platforms being employed with visibility into, for example, Jenkins, Git and Bamboo pipelines using a single dashboard. Many organizations today have multiple CI pipelines in place largely because of the preferences of individual developer teams, Wallgren noted. 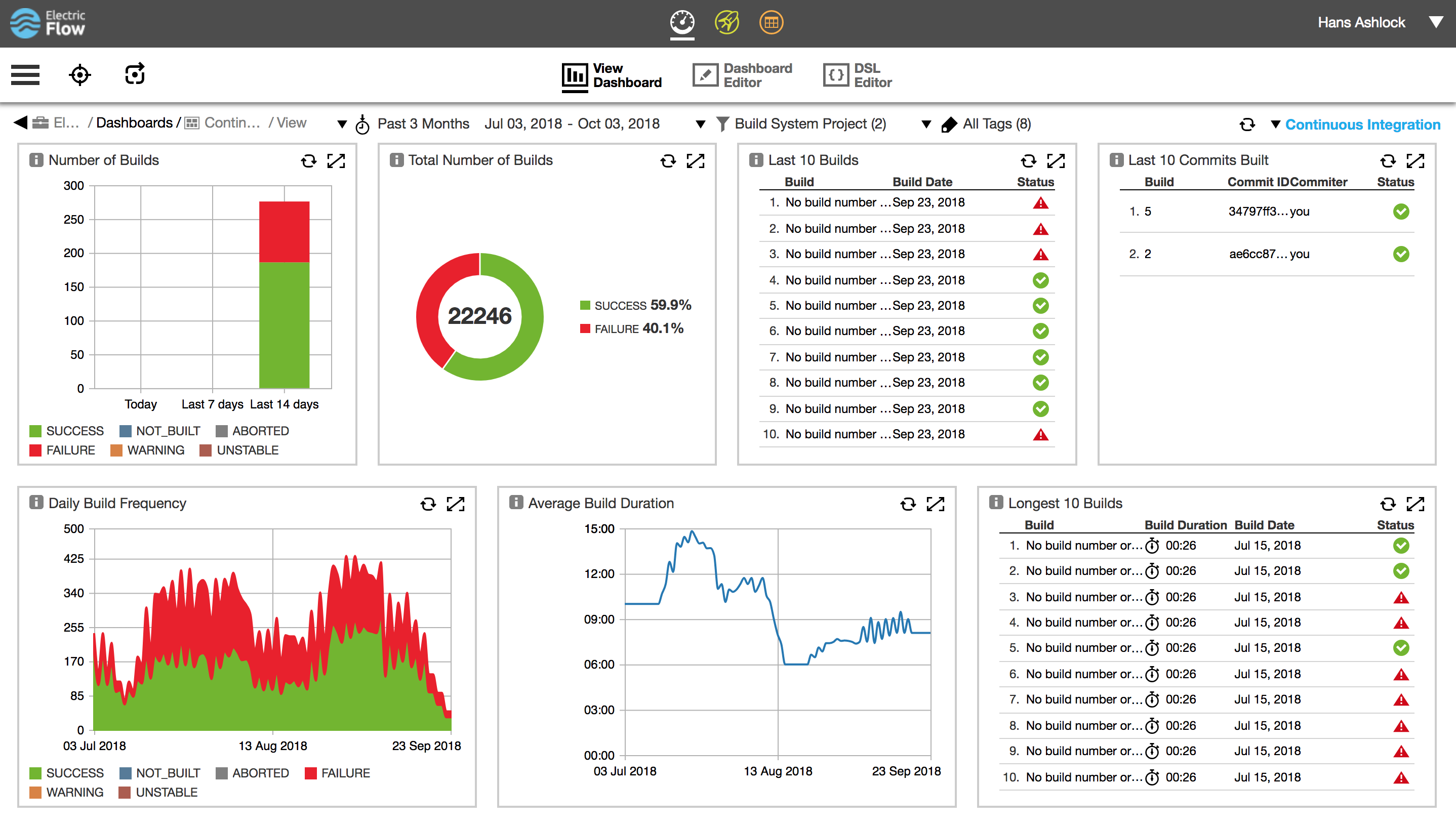 The Kanban-style pipeline also provides a mechanism for managing multiple application development projects based on a just-in-time process originally developed by Toyota that is employed to identify bottlenecks in car manufacturing. That same issue, of course, applies to software development, where the number of dependencies between various modules is increased exponentially. That issue is becoming even more pronounced as organizations move to build and deploy cloud-native applications based on various types of runtimes. DevOps teams now can approve and observe release progress and deployment status within ElectricFlow in near real time, Wallgren said.

Wallgren said the next major frontier when it comes to continuous delivery will be applying deep- and machine-learning algorithms to tame what has become an exceedingly complex management challenge. DevOps toolchains continuously create vast amounts of data originating from numerous tools, and machine learning algorithms can harness that data to automate a range of DevOps processes in a way that is not only makes those processes more accessible, but also easier to demonstrate how an application release meets a specific compliance mandate. To achieve that goal, Electric Cloud has been embedding more algorithms into every release cycle of ElectricFlow, says Wallgren.

It may take a while longer for algorithms to minimize all the complexity associated with continuous delivery today. But as DevOps continues to evolve, it’s apparent that many of the manual tasks that have often conspired to limit adoption of DevOps will one day soon disappear.

Open source components have become an integral part of today’s software applications — it’s impossible to keep up with the hectic pace of release cycles without them. As open source usage continues to grow, so does the number of eyes focused on open source security research, resulting in a record-breaking ... Read More
« Delphix and Datical Extend Global Partnership, Bring New DataOps Solutions to Modern Enterprises
In the Hands of the Demo Gods »