DevOps can provide tremendous productivity improvements, but it’s not a panacea. As much as we’d want it to be the solution for all of our software development problems, here are five truths you should consider.

1. DevOps may lead to juggling job roles and coming out of your comfort zone 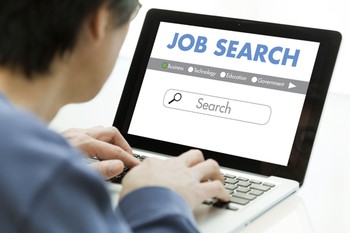 With DevOps, the development team is responsible for writing the automated scripts that deploy the application. That used to be manual work done by someone in operations. Just as in manufacturing, automation will eliminate jobs. Typically, that system administrator can be retrained to work in development writing those deployment scripts, but programming is a different skill from restoring databases. If you can’t adapt, it’s time to update that resume.

2. Not everything should be automated

Yes, DevOps can be made to work on any platform, including the mainframe. No, it’s not confined to projects using agile. You don’t have to use Ruby or PHP; it’ll work for Fortran applications too. But be realistic. Transforming an application to use DevOps is expensive. You should not invest in something that is slated for sunset, or only has one release per year to fix some minor bugs. Legacy systems are considered legacy for a reason. Focus on the top 20 percent of your portfolio instead.

3. Developers will need to get their hands dirty 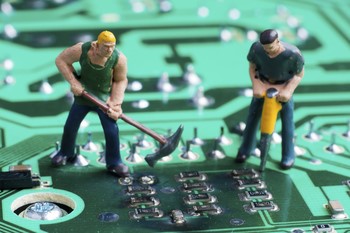 Some developers like to do one thing, and one thing only: write code. Grudgingly, they’ll test; they’ll attend team meetings if they have to; and, if tortured, they’ll write documentation. But forget about getting them to create the installation scripts.

That mindset is not going to fly in a DevOps world. Developers need to think about how the application will run as a nonfunctional requirement, and treat it with the same level of importance as security, performance and data privacy. Unless they feel ownership of the installation process, monitoring the environment and collecting end-user feedback, you have not really implemented DevOps.

4. Operations no longer can be ticket-driven

Usually, the operations team doesn’t get involved until someone from the development side opens a ticket for deployment. That’s too late for any kind of meaningful integration. The answer is not opening a ticket three months earlier; tickets are meant to be assigned, worked and closed within a short period of time. The type of collaboration needed between development and operations is far more complicated, and should be treated like it’s a project. That’s really difficult for most operations organizations. It’s not part of their culture, and they’re not staffed for that.

5. Your process is really, really bad 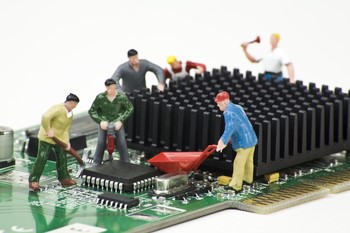 As soon as you start automating your software delivery process, you’ll find out exactly how inefficient it really is: duplicate reviews, inconsistent forms, competing standards … When you take away the people layer, you can’t hide the crazy anymore. You don’t want to take what you have today and force it into an automation tool. You will need to standardize before you optimize, and optimize before you automate. That means a lot of different towers will need to cooperate—something that won’t happen unless there is an outside party driving the cooperation with a big stick.

To learn more, check out the hangout with industry experts: What will DevOps look like in three to five years?

What aspect of DevOps do you think people are uncomfortable to talk about? Leave a comment below or contact me @baspluim

Bas Pluim is a Cloud/ DevOps solution architect in IBM’s innovation practice. He works with clients on infrastructure solutions, process re-engineering, automation tools and transforming the overall software delivery process. Bas is also a member of the IT Specialist certification board, a gaming enthusiast and an advocate of social media tools

“The Automated Enterprise” e-book shows the important role IT automation plays in business today. Optimize resources and speed development with Red Hat® management solutions, powered by Red Hat Ansible® Automation. IT automation helps your business better serve your customers, so you can be successful as you: Optimize resources by automating ... Read More
« A Career Opportunity
Managing Application Performance in Hybrid Clouds »