The eBPF Foundation, which proposes to advance adoption of an approach that enables sandbox programs to run faster at the kernel level, is being launched today as an arm of the Linux Foundation.

The technology known as eBPF was originally developed for Linux. The eBPF Foundation is now committed to expanding use of eBPF across all operating systems. Members of the eBPF Foundation include Facebook, Google, Isovalent, Microsoft and Netflix.

Thomas Graf, CTO and co-founder of Isovalent, a provider of networking and security tools that leverage eBPF, said IT organizations should expect to see the technology become part of Windows, along with other operating systems, as the core technology is tested and validated across a much wider range of platforms.

In effect, eBPF changes the way operating systems are designed. It bridges the boundary between kernel and user space by enabling developers to combine and apply logic across multiple subsystems that, historically, were completely independent of one another. That approach enables, for example, a security tool to scale to the point where it can identify threats at much higher levels of throughput to improve overall scale at a time when the volume of cybersecurity attacks being simultaneously launched continues to increase. 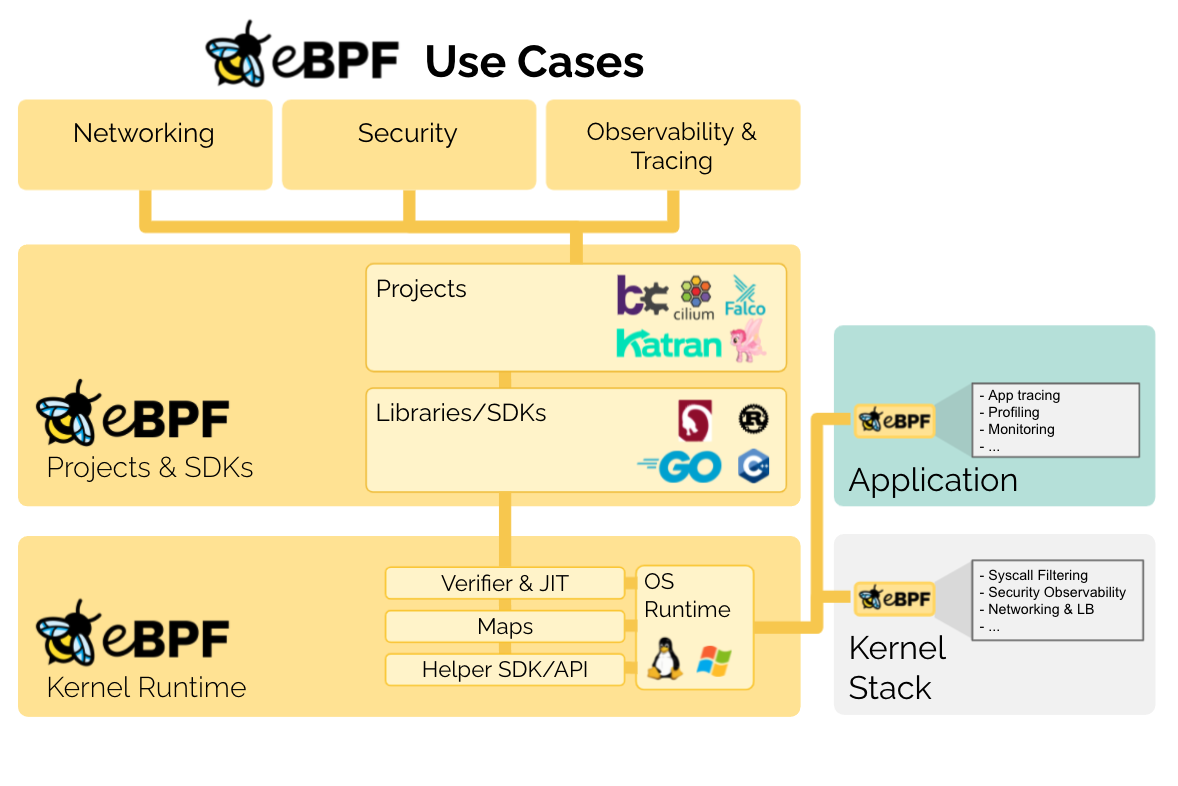 Currently, eBPF is widely employed by web-scale companies such as cloud service providers. Facebook is using it as the primary software-defined load balancer in its data centers while Google is using open source Cilium networking software within its managed Kubernetes offerings.

However, adoption within on-premises IT environments that have deployed Linux has been more limited simply because the number of vendors that have optimized networking, security and storage offerings to take advantage of eBPF is still fairly limited.

Ultimately, Graf notes the biggest benefit of eBPF is efficiency. The total cost of processing for security, networking and storage platforms should decline as more vendors take advantage of a capability that will one day be widely employed across multiple operating systems.

In the meantime, IT organizations would be well-advised to ask their vendors when they plan to support eBPF. Cloud service providers generally require it to deliver their own managed services more efficiently, so any vendor that hopes to sell a platform to those providers will need to support eBPF to drive performance at scale. The issue then becomes determining which platforms that have embraced the technology are also available in on-premises IT environments looking for similar benefits.

Regardless of approach, it’s clear there will soon be a reason to upgrade not just networking, storage and security platforms but also instances of operating systems that don’t yet support eBPF. DevOps teams would be well-advised to plan accordingly because the number of platforms that will ultimately benefit from eBPF spans the entire enterprise.

The entire CI/CD/ARA market has been in flux almost since its inception. No sooner did we find a solution to a given problem than a better idea came along. The level of change has been intensified by increasing use, which has driven changes to underlying tools. Changes in infrastructure, such ... Read More
« Real-Life BDD: Getting the Best Out of Dev Teams
How Third-Party Security Assurance Enhances DevSecOps »