If you work in an organization that has not yet embraced DevOps, then you might be wondering where to begin. Fortunately, there are many good answers. But I want to introduce one simple starting point that you probably haven’t heard: introducing Git to operations. By itself, Git might not seem like a meaningful way to overcome the barriers between dev and ops. Yet, Git provides some capabilities that mark the difference between the lowest performing IT organizations and the highest. And the difference in IT performance can translate into substantial business benefits. The highest performing IT organizations have noticed the following benefits:

To be clear, no amount of data will ever prove that use of Git leads directly to growth, profit, productivity and job satisfaction. What the Puppet Labs’ “State of DevOps Survey” does show is the incredible range between low and high performance in IT organizations. The rate of deployment has hovered at 30 times faster for high-performing organizations over the lowest. The 2014 survey showed 50 percent fewer deployment failures, while 2015 showed 60 percent fewer deployment failures, when comparing highest to lowest. The survey also indicates which practices separate the highest performers from the lowest. According to the State of DevOps Survey, the top two indicators of high performance are:

It’s not that these two practices magically yield business benefits. Indeed, ITIL has long recognized management of production artifacts and review of production changes as best practices. But too many organizations still believe faster deployment and higher reliability are trade-offs. What is “magical” in high-performing organizations is they realize they can have both faster deployment and higher reliability by collaborating across organizational boundaries and automating intelligently. That means dev and ops sharing goals, measurements and tools. So one way in which these practices differ from typical ITIL practices is how dev and ops perform them collaboratively. More specifically, when dev and ops use the same tool for version control, they can better share techniques and workflows. For example, the peer review of changes can include both dev and ops. Thus, Git is a gateway to DevOps.

Git has long provided those two capabilities for software developers: Developers use Git to version source code and developers use pull requests to perform peer review of source code. With a few tips about how to apply Git to configuration files, operations can use pull requests to perform peer review of configuration changes. Now with git-lfs, operations can also version production artifacts, which often are large, binary files that historically have not worked well with Git. More advanced concepts such as infrastructure as code and dedicated binary repositories, for example, build on version control, so even if the role of Git changes over time, the skills and collaborations remain valuable.

In summary, the business case of Git for Ops is simple. The Puppet Labs survey shows meaningful upside for low performing IT organizations to become high performing. The survey shows high performing organizations are characterized by both rapid deployment and high reliability, not picking one over the other. Two practices that characterize high performing IT organizations are version control of production artifacts and peer review of changes. Git is now well-positioned to provide both capabilities. If you’re ready to start introducing operations to Git, don’t forget that Bitbucket has no limits to the number of private repositories. 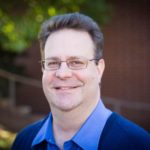 While Ian Buchanan has broad and deep experience with both Java and .NET, he is best known as a champion of agile methods in large enterprises. He is currently the Developer Partisan for Developer Tools at Atlassian, where he focuses on the emerging DevOps culture and the application of Bitbucket and Bamboo for better continuous integration and continuous delivery. During his career, he has successfully managed enterprise software development tools in all phases of their life cycle, from cradle to grave. He has driven organization-wide process improvement with results of greater productivity, higher quality and improved customer satisfaction. He has built multinational agile teams that value self-direction and self-organization. When not speaking or coding, you are likely to find Ian indulging his passions in parsers, meta-programming and domain-specific languages.

“The Automated Enterprise” e-book shows the important role IT automation plays in business today. Optimize resources and speed development with Red Hat® management solutions, powered by Red Hat Ansible® Automation. IT automation helps your business better serve your customers, so you can be successful as you: Optimize resources by automating ... Read More
« Developers Cite Startling Lack of Digital Leadership
PagerDuty Selects Threat Stack to Enable High-Velocity Security and Compliance in the Cloud »