By now, surely everyone has seen cooking competition shows such as “Hell’s Kitchen” and “Top Chef,” in which people compete to create and serve the best dishes as quickly as possible. These hit TV programs are like the DevOps world, which also consists of people creating and releasing the best software as fast as they can with whatever they are given. In both instances, the best use of random ingredients brings rewards and failure brings disappointment.

DevOps is becoming evermore common as companies in all industries work to unify their developers and other IT staff while automating as much of the process as possible, creating nimble, fast-moving teams. Think of it in the same way professional kitchens have cooks dedicated to specific stations, such as vegetables or fish, and are able to react swiftly to whatever orders are placed. By redesigning their in-house teams in this fashion, organizations can add speed, agility and resilience to critical functions.

But, often what’s forgotten in the high-pressure, rush-rush-rush world is the critical importance of security and regulations. Governance, risk management and compliance (GRC) always must form the base decisions; otherwise; the final products will either not be able to be used or, worse, be dangerous to the company, its customers and its shareholders. It’s really no different than cooks having to abide by health code regulations or risk sickening and possibly even killing their diners. Don’t think GRC is that serious? It wasn’t long ago that Dwolla was fined $100,000 by the Consumer Fraud Protection Bureau (CFPB) for lying to customers about data risks. That was the CFPB’s first fine and you can bet more are sure to follow.

Of course, a key difference is that in the business world, regulations and compliance standards constantly are being created or changed. That makes DevOps even more challenging, but that challenge cannot mean ignoring GRC. In fact, GRC should be seen as a key DevOps enabler, not an obstacle. An organization’s legal and compliance team can take advantage of highly agile, forward-moving DevOps teams to design and implement changes that satisfy risk and control points (resulting in successful audits and avoiding fines) while, at the same time, staying abreast or even beating the competition.

The key here is to ground DevOps in GRC requirements so they become second nature and security measures are incorporated effectively into all DevOps processes, even automated ones. It’s crucial these measures are seen as integral to the processes and not simply layered on top as an afterthought, just as you wouldn’t try to get raw chicken juice off of lettuce after you’ve made a salad.

Tactically speaking, how is this accomplished? DevOps teams need awareness and training. They need to learn the rules and laws specifically governing their particular industry, and how to implement them. And, companies need to have internal audits and other review policies in place to ensure GRC is enforced.

For all of this to happen, however, a very important role must orchestrate it: management. Just as every kitchen depends upon a head chef to ensure not only that each station is obeying health codes (i.e. the law) but also that overall the meal is being prepared and delivered properly, company management must assume its authoritative role in setting up and defining the organization’s internal communication. This means breaking down silos and coordinating a regular flow of information from Compliance to DevOps team and back again.

If this is done properly, DevOps can enable an innovational Nirvana, with companies boosting speed while maintaining security, creating the perfect consumer experience.

About the Author / Robert Hawk 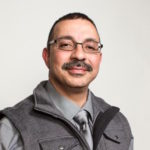 Now, more than ever, companies who rapidly react to changing market conditions and customer behavior will have a competitive edge.  Innovation-driven response is successful not only when a company has new ideas, but also when the software needed to implement them is delivered quickly. Companies who have weathered recent events ... Read More
« DevOps Leader HashiCorp Announces $24 Million in Growth Funding
All Day DevOps: Bringing DevOps to the World »