There has been a lot of press about how many, if not most, enterprises are still unprepared to comply with the European Union’s (EU) General Data Protection Regulation (GDPR) just days before it takes effect.

However, executives from Cybric, a security platform provider, said their company has been ready for some time—and they thank DevOps for that. Their case study also shows how firms that are still struggling to get started before GDPR takes effect can do what is necessary as they integrate compliance with their operations.

As soon as GDPR appeared on Cybric’s radar screen more than a year ago, the firm began to prepare. GDPR quickly became a compliance and data management process discussed among others on a regular basis and, as part of its DevOps, it involved the participation of all the stakeholders involved. 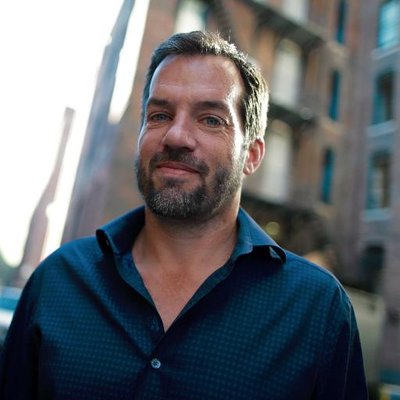 “One core part of the culture of DevOps is about collaboration, sharing and communications and making sure you have automated processes in place,” said Mike D. Kail, chief innovation officer at Cybric. “That is, in part, how we were able to do what had to be done for GDPR.”

Before GDPR was announced, Cybric already had its data flow management processes in order, Kail said. This included keeping transparent records of data sources and the corresponding geographic locations of the individuals in the databases. “We were already analyzing how we processed our data and knew where it was going,” he noted. “We were also always looking at all the ways we could automate how we handled data flows.”

The different infrastructure, development and business teams, of course, have also played a collaborative role in Cybric’s data flow management processes and resulting GDPR compliance. “Each team figures out how they how they can help, which goes back to the collaborative culture of DevOps,” Kail said. “It’s everybody’s responsibility and not just one team’s concern in the company. In the case of GDPR, the fines and levies can be significant, so everybody should take this seriously and not put it off and say ‘that’s not my problem.’”

In this way, Cybric was in a position to respond to the demands of GDPR compliance long before the deadline.

“One result of DevOps is you always take care of where the data is and how it’s being processed in an automated way,” Kail said. “The wrong way consists of manual, out-of-bound efforts for processes and tasks that people ultimately screw up or forget to do on a regular basis. And when that happens, you now have potential compliance issues.”

Some firms may be led to believe they are not concerned by GDPR if they do not store customer data from European customers. What they may not realize is that any data—whether it’s personal data for vendors, sales leads or general third-party business contacts for individuals based in a EU country—is protected by the GDPR mandate.

Cybric, for example, outsourced its customers’ personal data. However, the firm still must comply for individuals who visit its website and submit personal information to download marketing collateral.

“I think marketing is an area that a lot of people don’t think about too much,” Kail said. “They are like, ‘I don’t have any personal data directly,’ but indirectly, they do have personal data and must be GDPR-compliant.”

Many organizations have not yet prepared for GDPR since they have not fully understood the regulation and whether it applies to them or not. But although some of GDPR’s terms are opaque, organizations still should not delay compliance just because they do not completely understand what is involved. “I think a lot of people are trying to delay their compliance even though the GDPR deadline is just three weeks away,” Kail said. “And sadly, their databases are just not ready since they have not thought about the complexity of GDPR compliance and certainly not in a DevOps way.”

Small-to-medium-sized enterprises should also not be concerned about having to invest a disproportionate amount of resources to become compliant compared to what large firms will have to spend. Cybric’s small size—with fewer than 20 full time employees—has actually played to its advantage, Kail said. Additionally, Cybric’s story offers a look at how a small-to-medium-sized enterprise can use DevOps for GDPR.

“As a small company, putting together a collaborative process with all of the different departments made it much easier for us,” Kail said. “That is also the approach people have to take.”

Open source components have become an integral part of today’s software applications — it’s impossible to keep up with the hectic pace of release cycles without them. As open source usage continues to grow, so does the number of eyes focused on open source security research, resulting in a record-breaking ... Read More
« Digital Assistance
Google Advances Confidential Computing »