Can DevOps Work in Distributed Environments?

Why are they important? The above three steps help you address the what, how and where aspects of your data-centric DevOps problem:

Of these, two steps are common to both data-centric and non-data-centric environments. Containerizing applications is definitely important to data-centric applications whose requirements don’t seem to affect DevOps tools much. Nevertheless, the DevOps practices still apply fully.

Playing in the Sandbox

Sandboxes (also called uber containers) are basically self-contained infrastructure environments that can be not only configured to look identical to your final target deployment but also created and run from anywhere.

Developers, for example, can create a sandbox that looks exactly like their production environment—hardware, network, OS versions, software and even cloud APIs. Sandboxes can be spun up so developers can do their development and then torn down when they are done.

Similarly, testers can create a sandbox that looks like their internal IT environment to run a bunch of tests and then re-configure it on the fly to look like their external cloud environment so they can run some more tests. This will enable them to test all possible environments that the application could run in, without actually disrupting the production infrastructure.

So, what, technically, is a sandbox?

A physical sandbox is a protected space where you have complete control and others are allowed only by your invitation. You can build whatever you want with the sand and even bring your own toys into it. If you don’t like it, you can always start over.

Similarly, a technological sandbox provides a controlled environment where you can build and test what you want without disrupting what’s outside the environment. You can even install your own software (bring your own toys) to create the desired environment for your application.

In fact, a number of vendors are now offering sandbox solutions (also called “environment as a service”) that provide a simple interface for creating any target infrastructure environment and configuring it with any control you want. You can bring applications, tests, tools and automated processes to your sandbox. User access to your sandbox is highly controlled so no one can mess up the infrastructure that you are currently using in your sandbox.

You can even reserve and schedule sandboxes so that whole teams of developers and testers can share the infrastructure for hours, days and even weeks at a time. These sandboxes can be triggered even from the outside, right from your DevOps tools.

If you’re developing a data-centric application such as an internet of things (IoT) application, it needs to be deployable on distributed network infrastructure. Sandboxes provide a great way to mimic these complex, large-scale environments and allow developers to build applications that can run in this type of environment.

Ideally, it is possible to combine containers, DevOps tools and sandboxes to enable continuous deployment in a distributed network environment. The key is to package your application in containers, use DevOps tools to automate the process of moving through the various stages of your development cycle and create sandboxes to mimic the target product environment required to run those applications.

About the Author / Sreeram Sreenivasan 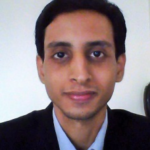 For more than eight years, Sreeram Sreenivasan has worked with various Fortune 500 companies in areas of business intelligence and sales and marketing strategy. He’s the Founder of Ubiq BI, a cloud-based BI platform for SMBs and enterprises. He’s also the editor of Fedingo blog, which covers a wide range of business growth topics.

No matter where you are in your hybrid cloud journey, security is a big concern. Hybrid cloud security vulnerabilities typically take the form of loss of resource oversight and control, including unsanctioned public cloud use, lack of visibility into resources, inadequate change control, poor configuration management, and ineffective access controls ... Read More
« Dissecting the Role of QA Engineers and Developers in Functional Testing
LinkedIn Open-Sources Fossor Log Mining Tool »