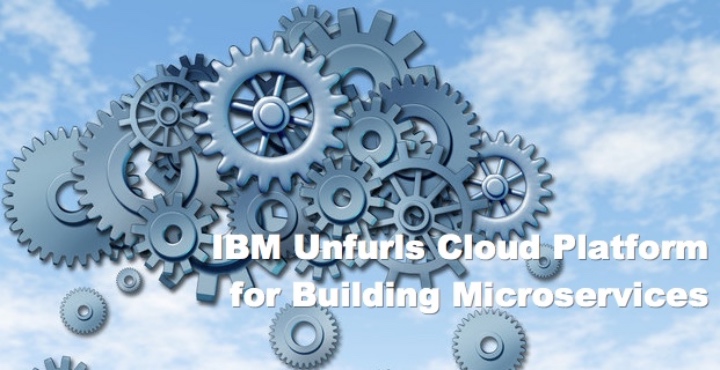 IBM has unveiled a new development environment in the cloud designed to make it easier to build microservices.

Microclimate runs on an instance of IBM Cloud Private, a private cloud based on Docker containers that is hosted on the IBM public cloud. Once those applications are developed, organizations can either deploy them on-premises or in a public cloud of their choice.

Microclimate makes use of Kubernetes and Docker containers to create and orchestrate the microservices development process, which can quickly become a complex endeavor. Because of the issue, Duimovich said, more organizations will be pushing development of microservices into cloud computing environments that provide access to what amounts to a turnkey application development pipeline.

Duimovich noted it’s possible to more closely mirror the production environment an application will be deployed on using compute resources that can be invoked on demand. Instead of developing an application on a laptop, developers can stress test microservices in the cloud by, for example, engage in “chaos monkey” testing, wherein developers allow a microservice to fail to see how the overall application reroutes requests to other microservices, said Duimovich.

Developers also can engage in A/B testing in a way that would not be economically feasible to engage in when applications are developed on-premises simply because of the amount of additional IT infrastructure that would have to acquired and provisioned, said Duimovich.

The cloud also makes it easier for teams of developers to collaborate on the development of microservices-based applications regardless of geographic location, Duimovich added. Developers may still choose to write code on their local PC, but when it comes time to load it into an application, the Microclimate platform makes it easier for everyone on the team to observe how that microservice behaves within the context of a larger application.

IBM will also make available diagnostics tools to enable developers to more easily discover why their applications might be behaving in a certain way.

While not every application may lend itself to being constructed using microservices, many organizations are now concluding they are simply a better way to develop reliable software. In addition, developers can be given ownership of specific sets of microservices end to end, which not only gives them more control but also makes them accountable for their overall quality. Of course, building applications made up of hundreds of microservices is going to require organization to implement DevOps best practices, which Duimovich said IBM is more than willing to share with customers.

No one knows for sure when most applications running in a production environment will be made mainly of microservices. But given the rate at which they are now being used to develop applications, it’s now only a matter of time before such applications become dominant.

No matter where you are in your hybrid cloud journey, security is a big concern. Hybrid cloud security vulnerabilities typically take the form of loss of resource oversight and control, including unsanctioned public cloud use, lack of visibility into resources, inadequate change control, poor configuration management, and ineffective access controls ... Read More
« 5 Resources for JavaScript Developers
Real World Test Planning »