Instana today announced it has added a continuous profiling capability to its application performance management (APM) that makes it easier for DevOps teams to leverage distributed traces to troubleshot issues.

Chris Farrell, technical director and APM Strategist at Instana, said that while distributed traces make it easier to identify bottlenecks, continuous profiling makes it possible to drill down into profiles to identify to identify, for example, specific CPU, memory and concurrency issues.

Based on technology that Instana gained when it acquired StackImpact last year, Farrell said the continuous profiling capabilities are being added to the Instana APM platform at no extra cost.

Farrell said the profiling capability continuously maps individual traces directly to applicable process profiles. Whenever there is an issue, those profiles are instantly available. In contrast, rival approaches to employing distributed traces seek to replicate the bottleneck issue discovered in the hopes of pinpointing where the issue is, which Farrell noted is still a hit-or-miss proposition for DevOps teams attempting to resolve an issue. However, he said, hope is not an attribute of a sound engineering process. 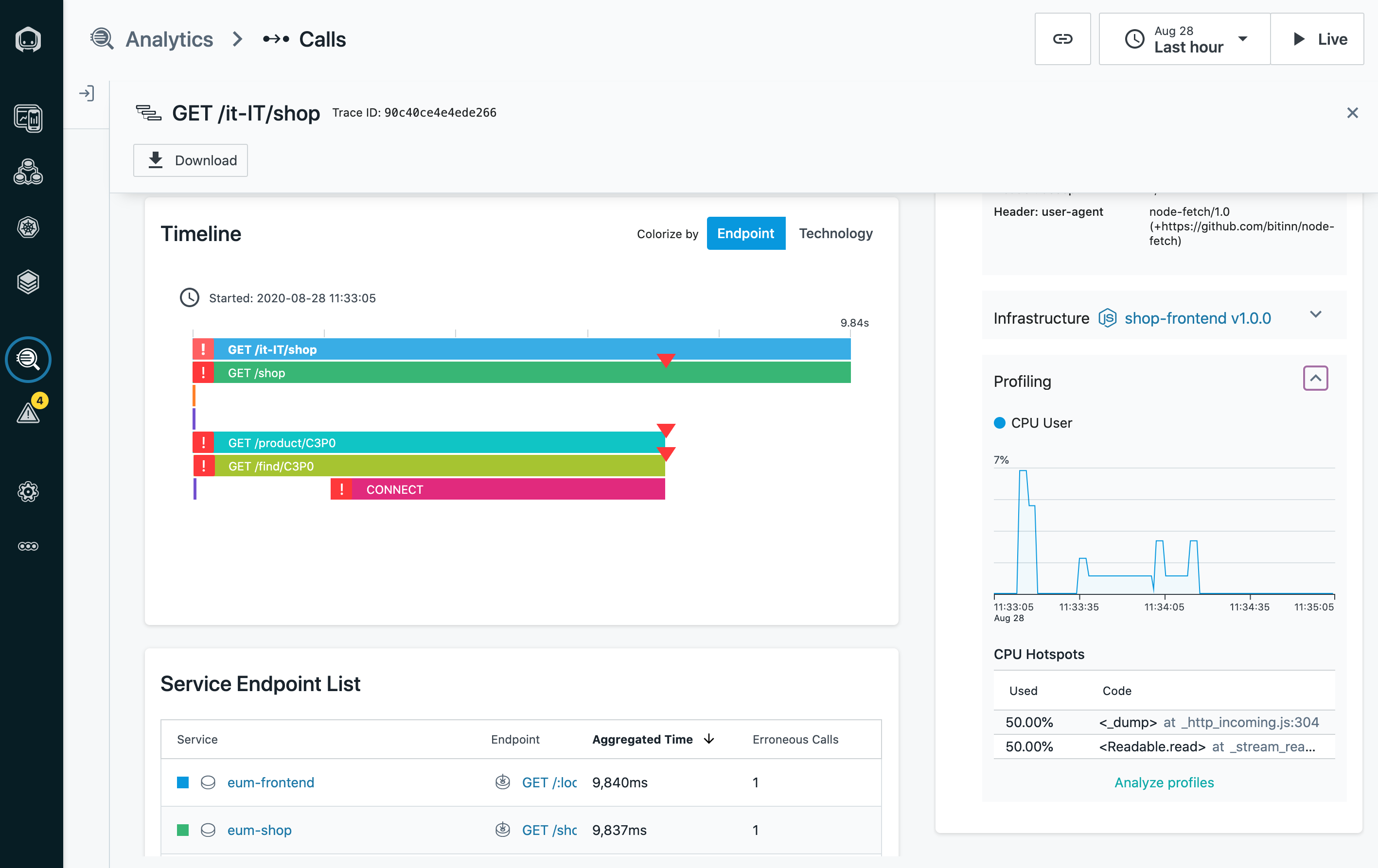 Farrell said the Instana platform will consume trace data generated by its own agent software as well as by open source projects seeking to reduce the total cost of instrumenting applications. Instana automatically deploys sensors for each part of the application technology stack and traces all application requests without requiring any human configuration or application restarts. It also detects application and infrastructure changes in real-time, adjusting its own models to visualize changes and assess performance impact in seconds.

Ultimately, Farrell said the goal for adopting any APM platform should be to reduce mean time to resolution for IT teams that are increasingly tasked with managing complex applications. The challenge is that not only are there more complex applications than ever, but also organizations are more dependent than ever on applications. In the wake of the economic downturn brought on by the COVID-10 pandemic, many organizations have been forced to accelerate digital business transformation initiatives that are wholly dependent on the rate at which applications can be built, deployed and maintained successfully.

Of course, Instana is not the only provider an APM platform racing to embrace distributed tracing to make it easier to manage application environments. The issue now is determining which APM platform won’t make its customers pay extra for the privilege.