The transition from programmer to Team Lead or Software Manager can be a difficult one.

One week, you’re in your cubicle cranking out masterful code, and the next, you’re managing a whole team that has to navigate innovative solutions, coordinate input from different departments, then anticipate and eliminate potential showstoppers.

Stepping away from your identity as a superior coder into a role in management requires a whole new perspective on your work. Grasp the difference now, and you’ll save yourself months of frustration, friction, and fumbling.

Here’s the biggest realization that most new managers miss: you’re not a production unit anymore.

Starting now, you’re a leader. An encourager. A troubleshooter. A BS-caller. Most of all, you’re communication hub.

Your daily focus is no longer the perfection and elegance of your code, it’s the creation of something much larger using the coordinated work of many other people.

In other words, it’s all about communication and responsibility.

Think of it this way. When you attend a night at the symphony, you don’t go to see the conductor wave her arms around in an expressive and inspiring way. You expect to look past her the entire night, seeing only the orchestra as she keeps the whole group together, keeping time and leading the musicians through each crucial part of the piece.

She’s not making the music, but she makes the entire performance possible.

If the tuba player screws up–even in rehearsal–the last thing she’s going to do is march over, wrestle the tuba away from him and play the part herself. That’s just a formula for disaster.

Because the moment she forgets her role and steps off the podium to wade into the orchestra, the entire show starts to run off the rails.

It’s not the conductor’s job to play every instrument better than the musicians. They don’t need her to stand over their shoulder every moment in the practice room. And they don’t need a lecture insisting that there’s only one right way to play the piece.

Everyone, from the concertmaster to the triangle player, completely understands that they need her leadership at the podium to keep the entire ensemble together. They are relying on her to know the entire piece inside and out and have a good connection with each musician. This allows her to call out the best in them during the performance.

It is just as imperative that new technical managers stay at their podium. Most fancy leadership books are full of inspirational phrases, but they pass over this essential fact.

You and everyone else on your team needs to be secure in the knowledge that the while programmers are responsible for their craft and their individual output, you are in command of the entire process.

Even if your company hasn’t specifically communicated this to you, they’re very clear on your responsibilities for them. I’m here to help you understand those priorities–and own them.

Here are a few essential lead-from-the-podium concepts that every new tech manager should learn and develop.

Making the shift from a respected programmer to an effective manager is a tough one, and not all of the best practices are obvious. The most essential realization you need to make–one that you’ll have to reinforce repeatedly in your first months in leadership–is that you’re no longer a maker. 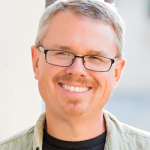 Marcus Blankenship – Nearly 20 years ago I made the leap from senior-level hacker to full-on tech lead. Practically overnight I went from writing code to being in charge of actual human beings. Without training or guidance, I suddenly had to deliver entire products on time and under budget, hit huge company goals, and do it all with a smile on my face. I share what I’ve learned here.