LightStep this week announced it has added a Service Health for Deployments module to its namesake observability platform designed from the ground up for microservices and serverless computing frameworks.

Talia Moyal, senior product manager for LightStep, said Service Health for Deployments will make it possible for DevOps teams to monitor performance regressions both during and after an application is deployed.

DevOps teams can also take advantage of aggregate trace analysis functionality such as latency histogram comparisons, operations diagrams and an automated correlation engine for performing rapid root cause analysis to understand why a regression is occurring.

Finally, a built-in instrumentation scoring capability enables DevOps teams to compare performance before, during, and after a deployment; compare latency across instances to estimate the size and scope of a regression; correlate tags that have the biggest impact on latency; and map critical path latency for each operation or service. 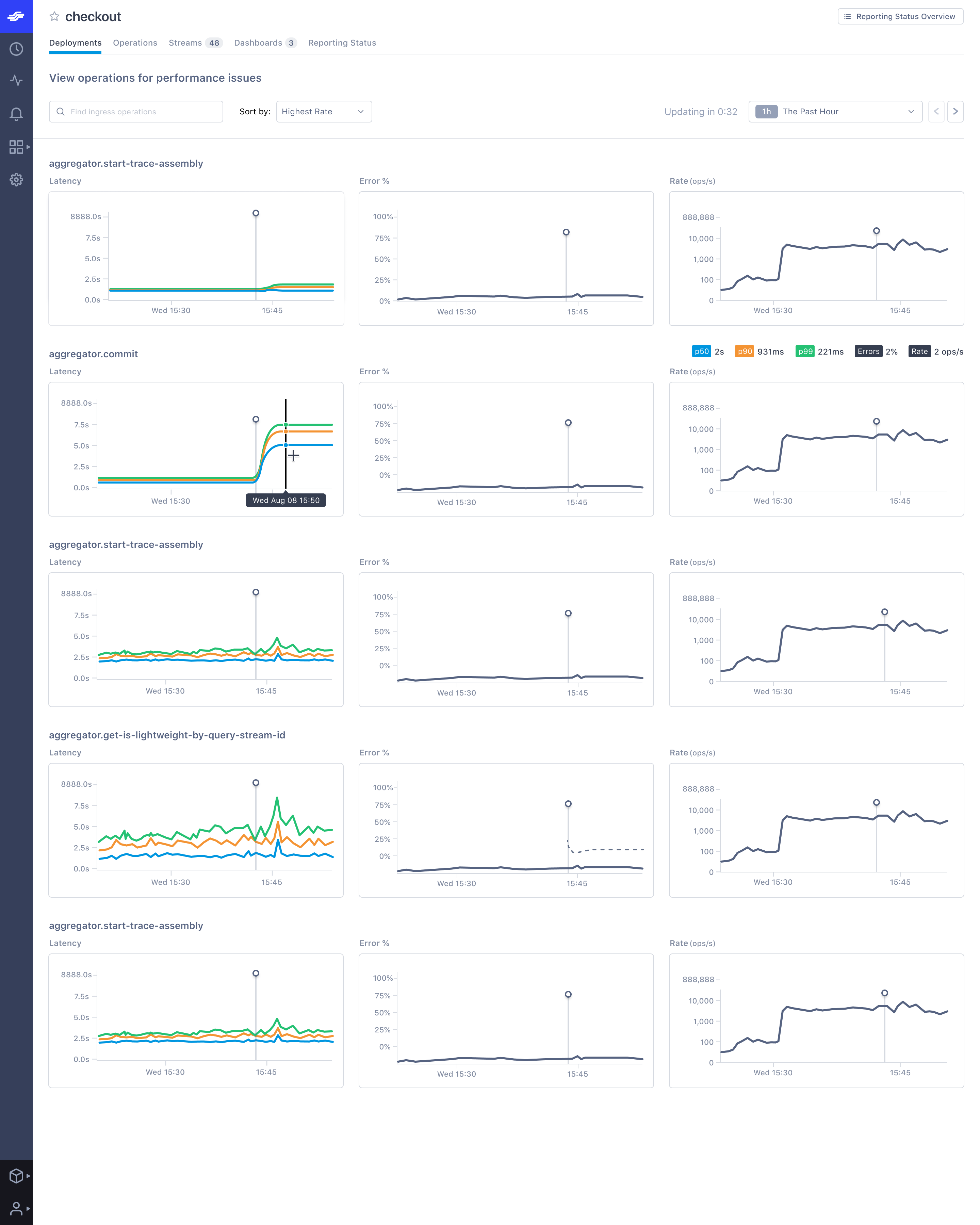 As organizations embrace microservices and serverless computing frameworks, the overall IT environment becomes more complex to manage. As an application performance management (APM) platform, LightStep makes use of OpenTelemetry software to gather metrics that are then fed into a statistical engine to detect anomalies, which the APM can then record and replay. By employing OpenTelemetry, LightStep is able to employ distributed tracing to surface more context than traditional APM tools, said Moyal.

Given the costs involved in employing APM platforms, most IT organizations historically have limited their use to their most critical monolithic applications. However, the dependencies that exist between microservices and serverless computing frameworks that make up a modern cloud-native application are now requiring IT organizations to apply APM platforms more broadly. In fact, observability is a core principle of best DevOps practices that many organizations are embracing more widely as they build and deploy cloud-native applications. Many of those applications will run just fine when initially deployed, but over time performance can degrade for a whole host of reasons that span everything from increased storage access latency to too many calls being made to the same application programming interface (API).

Of course, there is no shortage of options when it comes to APM platforms. LightStep is making a case for OpenTelemetry because it provides a single set of open source APIs, libraries, agents and collector services to capture distributed traces and metrics. That approach makes it easier for developers to instrument their applications in a way that allows platforms such as LightStep to surface more insights into application performance. LightStep claims it has already employed that approach to analyze more than 1.4 trillion traces. OpenTelemetry is currently being developed under the auspices of the Cloud Native Computing Foundation (CNCF).

It’s too early to say to what degree traces will supplant traditional sampling methods to analyze application performance. The one thing that is certain is as developers are held more accountable for application lifecycle management, many of them are demanding access to more sophisticated APM tools to provide the visibility they require to resolve application performance issues faster.

While building constructive culture, engaging workers individually and helping staff avoid burnout have always been organizationally demanding, they are intensified by the continuous, always-on notion of DevOps.  When we think of work burnout, we often think of grueling workloads and deadline pressures. But it also has to do with mismatched ... Read More
« IBM Cloud Annotations Tool eases the process of AI data labeling
SIOS Technology Automates Rebooting of AWS EC2 VM Instances »