Company CEO Ori Keren said the issue DevOps teams find most frustrating when it comes to managing software development projects is collecting the data that’s required to track the progress of any given project when much of that data already resides in the DevOps tools being employed. LinearB automates the collection and display of that data that DevOps teams previously spent hours collecting, he said.

That approach makes it easier to then identify which teams and projects need additional help in near real-time using metrics surfaced in dashboards provided by LinearB, Keren noted, adding metrics such as the tracking of cycle times also make it easier for DevOps leaders to justify those investments to business executives.

Keren said DevOps leaders also gain better insights in how DevOps teams are actually functioning in a way that makes it easier to predict and eliminate project delays, remediate high-risk code before it is included in a production environment, eliminate bottlenecks and make certain the focus of the DevOps team remains on tasks of the highest priority. 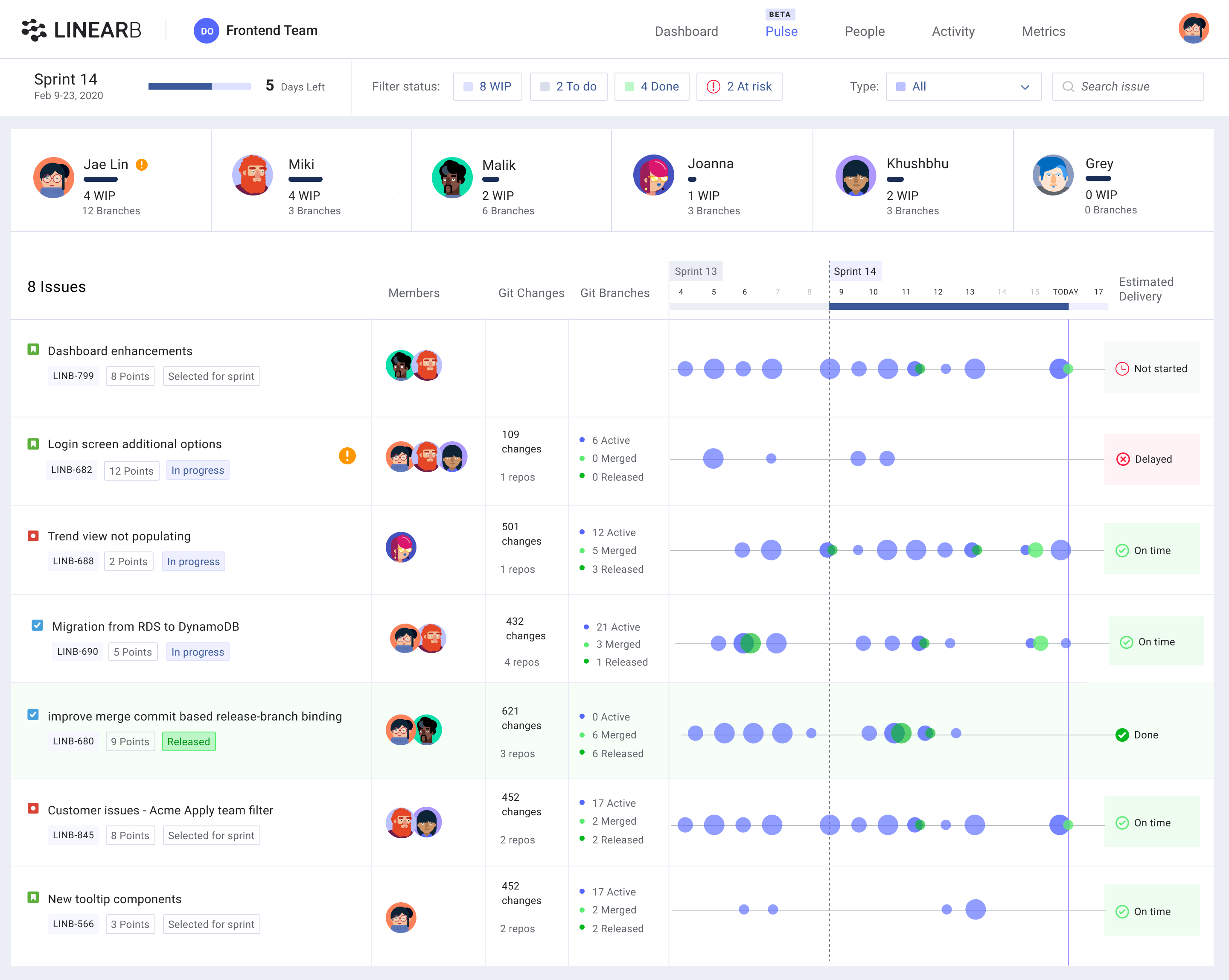 LinearB is making use of the application programming interfaces (APIs) that DevOps tools expose to gather the metadata that exists about the status of any given project. LinearB then employs machine learning algorithms to construct and correlate that data to give DevOps leaders more accurate insights into the status a project when compared to a project management application that requires data to be entered manually. Given the rate at which application development projects are now updated, much of the data in a project management application is outdated shortly after its entered.

Project managers also often spend a significant amount of time trying to encourage various members of a DevOps teams to update the data that resides in those project management applications.

At a time when many members of those DevOps teams are now working from home to combat the spread of the COVID-19 pandemic, Keren noted that manually collecting that data has never been more problematic.

While many DevOps teams are embracing value stream management tools to optimize DevOps workflow, Keren added most of those tools do not collect data at a granular enough level to provide DevOps leaders with enough software deliver intelligence to meaningfully impact DevOps workflows in near real-time.

It’s not clear how the ability to automatically pull metrics from DevOps tools might impact the role of project managers. In theory at least, they should be able to spend more time helping DevOps leaders identify issues proactively versus badgering DevOps teams to fill out reports.

Regardless of how the role of the project manager evolves, the one thing that is for certain is most members of a DevOps team would happily prefer to see as much of that process become automated as possible.

Now, more than ever, companies who rapidly react to changing market conditions and customer behavior will have a competitive edge.  Innovation-driven response is successful not only when a company has new ideas, but also when the software needed to implement them is delivered quickly. Companies who have weathered recent events ... Read More
« LinearB Software Delivery Intelligence Helps Dev Teams Build and Ship Value Faster
Netdata Cloud Simplifies IT Infrastructure Monitoring and Troubleshooting for more than 25 Thousand Users in 2020 »