Logz.io announced at its online ScaleUp! 2020 conference announced today it has added support for open source Jaeger distributed tracing software to its observability platform based on a curated instance of open source Elasticsearch, Logstash and Kibana (ELK) software.

Jaeger, which is being developed under the auspices of the Cloud Native Computing Foundation (CNCF), is finding traction among DevOps teams who are deploying microservices-based applications based on containers, which tend to have a lot of dependencies that are challenging to monitor and troubleshoot. 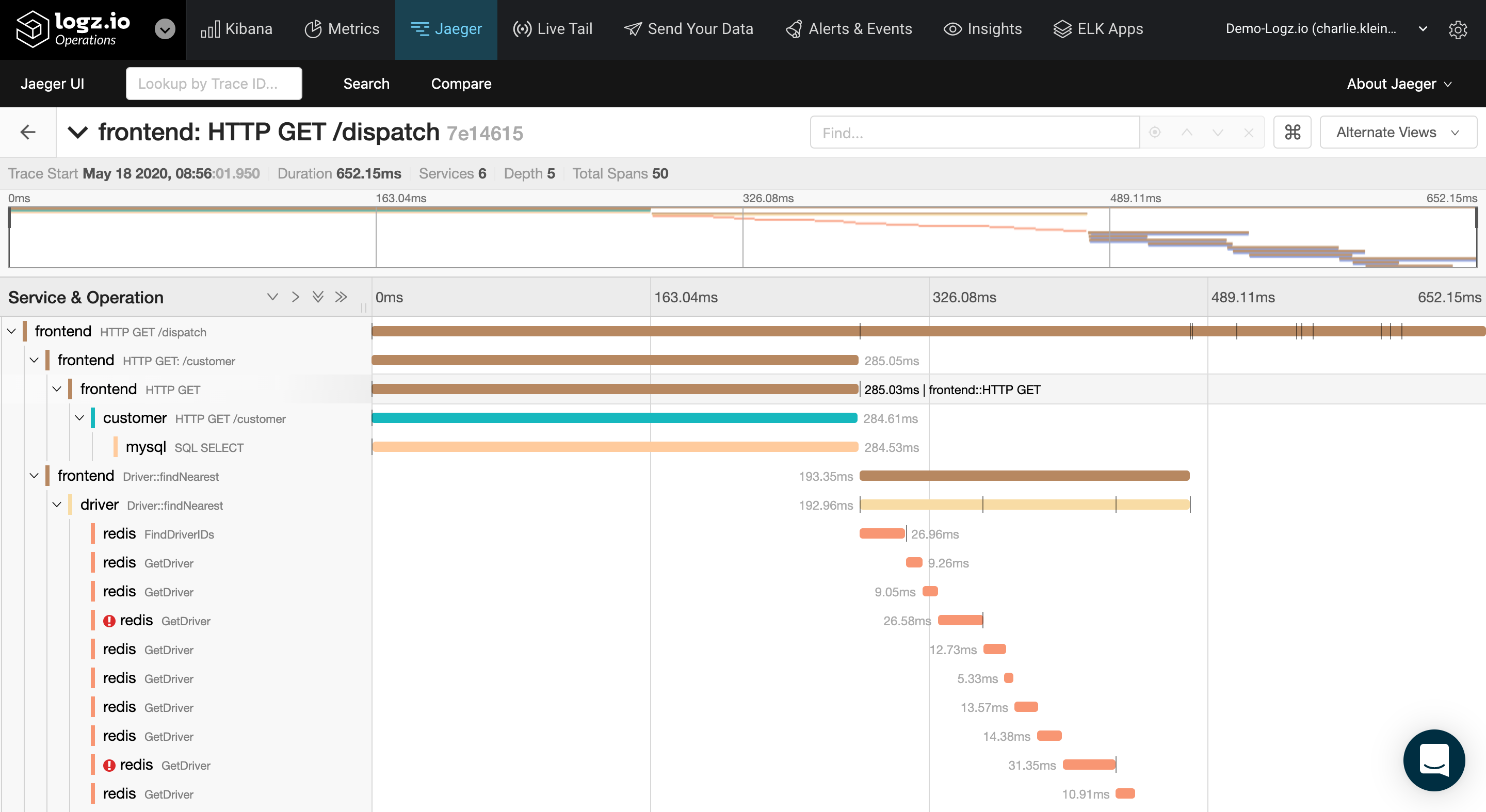 A survey of more than 1,000 DevOps and software development engineers conducted by Logz.io finds 50% of respondents have half their applications or more running in containers, with 38% using service meshes and 33% employing serverless computing frameworks. The survey also finds 87% of respondents view their main observability challenges to be Kubernetes, microservices and serverless frameworks. The most common Kubernetes difficulties cited are monitoring and troubleshooting (44%), followed by security (35%), networking (34%) and cluster management (30%).

Just over half of respondents (56%) also noted that more than half their infrastructure now resides in the cloud, with 42% noting that cloud now accounts for more than 75% of their infrastructure. Amazon Web Services (AWS) is the most widely used cloud (66%), followed by Microsoft Azure (12%) and Google Cloud Platform (11%).

Kowall said that while interest in employing ELK along with visualization tools such as Grafana is rising to reduce the overall cost of observability, IT organizations are also making it clear they don’t want to integrate an ELK stack themselves. Most IT organizations would prefer to focus their efforts on building and deploying applications rather than maintaining an observability platform.

The rise of microservices clearly is forcing the observability hand of more organizations. Most application performance management (APM) tools use has been limited to mission-critical monolithic applications because of the cost of deploying proprietary agents and platforms. Open source platforms now present an opportunity to observe both microservice and monolithic applications at a time when the overall IT environment has become much more difficult to manage.

There is, of course, no shortage of options when it comes to achieving the observability of IT environments. The challenge now is determining how much observability is actually required and at what level of acceptable cost.

Now, more than ever, companies who rapidly react to changing market conditions and customer behavior will have a competitive edge.  Innovation-driven response is successful not only when a company has new ideas, but also when the software needed to implement them is delivered quickly. Companies who have weathered recent events ... Read More
« SAFE Identity Achieves Major Standards Milestone in Cross-Industry Effort to Complete Interoperable Trust Framework for Digital Identities for Healthcare
Chorus.ai Analyzes 35 Million Calls To Understand and Guide Critical Revenue Operations »