Microsoft has teamed up with vFunction to make it easier to convert monolithic Java applications into a set of microservices that can be deployed on the Microsoft Azure cloud.

The Microsoft Services Industry Solutions group is making available the Java Refactoring Service, through which IT teams will be able to both lift and shift Java applications to the cloud and then convert them into a set of microservices using agent software and the vFunction Application Transformation Engine, which is infused with artificial intelligence (AI), to analyze Java code. 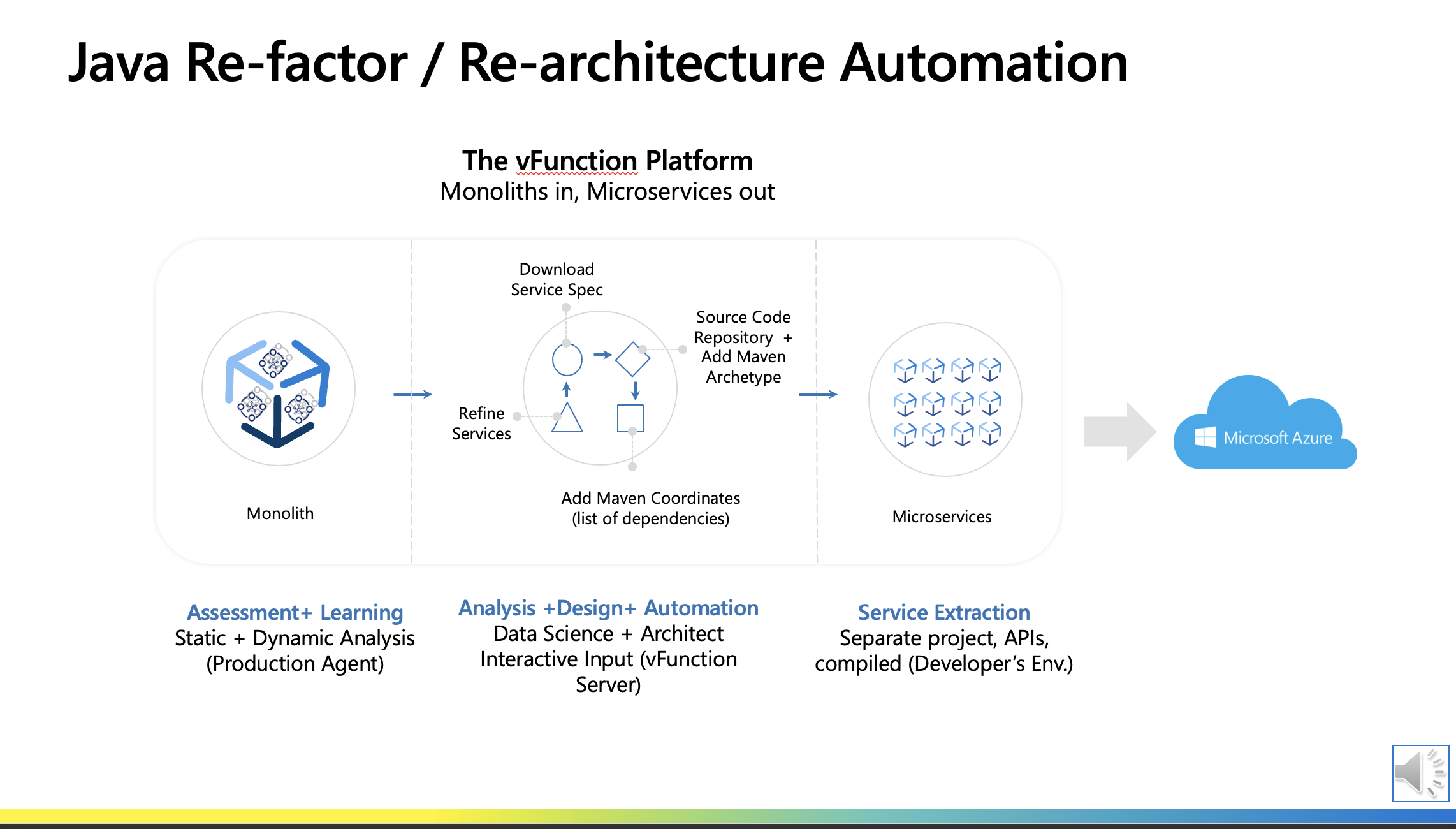 Once those applications are converted into a set of microservices, it then becomes possible to achieve a level of scale that would otherwise be beyond the reach of any on-premises IT environment, he added, noting the same vFunction platform can be used also to help organizations continuously optimize microservices applications as they continue to evolve in a cloud computing environment.

In general, Microsoft continues to gain momentum in its battle for cloud supremacy against Amazon Web Services (AWS). It’s not clear at what rate Java applications are being shifted to the cloud. However, most monolithic applications have components that would be easier to maintain and support as a distinct microservice. In general, organizations are embracing microservices to build applications that are more resilient. In the event a microservice becomes unavailable, requests for services are rerouted to another microservice to make sure the application degrades gracefully, rather than simply crashing altogether. The challenge, of course, is that over time the dependencies that can exist between hundreds of microservices can be more challenging to manage than those of the monolithic application being replaced.

No matter where you are in your hybrid cloud journey, security is a big concern. Hybrid cloud security vulnerabilities typically take the form of loss of resource oversight and control, including unsanctioned public cloud use, lack of visibility into resources, inadequate change control, poor configuration management, and ineffective access controls ... Read More
« Nurturing a Developer-Centric Culture
ForAllSecure Adds Free Testing Tools for OSS »