Home » Blogs » With a Multicloud Infrastructure, Control is Key

Ask any developer or DevOps manager about their first experiences with the public cloud and it’s likely they’ll happily share some memories of quickly provisioning some compute instances for a small project or new app. For (seemingly) a few pennies, you could take full advantage of the full suite of public cloud services—as well as the scalability, elasticity, security and pay-as-you-go pricing model. All of this made it easy for teams to get started with the cloud, saving on both the IT budgets and infrastructure setup time. Public cloud providers AWS, Azure, Google Cloud, Rackspace and others made it easy to innovate.

Fast forward several years and the early promise of the cloud is still relevant: Services have expanded, costs have (in some cases) been reduced and DevOps teams have adapted to the needs of their team by spinning up compute instances whenever they’re needed. But for many companies, the realities of their hybrid-IT infrastructure necessitates support for more than one public cloud provider. To make this work, IT Ops needs a control layer that sits on top of their infrastructure, and can deliver applications to customers over any architecture, including multicloud. This is true, no matter what the reason teams need to support multi-cloud environments.

Prepare for the Worst

As any IT Ops manager, or anyone who has lost access to their web app knows, outages and cloud service degradation happen. Modern Ops teams need a plan in place for when they do. Many companies choose to utilize multiple public cloud providers to ensure their application is always available to worldwide customers, even during an outage. The process of manually re-routing traffic to a second public cloud in the event of an outage is cumbersome, to say the least. Adding an app delivery control plan on top of your infrastructure allows companies to seamlessly and automatically deliver applications over multiple clouds, factoring in real-time availability and performance.

Ops teams often support many different agile development teams, often in multiple countries or from new acquisitions. When this is the case, it’s likely that the various teams are using many architectures on more than one public cloud. Asking some dev teams to switch cloud vendors is not very DevOps-y. A better option is to control app delivery automation with a cloud-agnostic control plane that sits on top of any cloud, data center or CDN architectures. This allows dev teams to work in their preferred cloud environment, without worrying about delivery.

Public cloud vendors such as Amazon Web Services or Microsoft Azure aren’t just infrastructure-as-a-service (IaaS) vendors, they sell (or resell) products and services that could very well compete with your company’s offering. In the beginning, using a few cloud instances didn’t seem like such a big deal. But now that you’re in full production and depend on one of these cloud providers for your mission-critical app, this no longer feels like a great strategy. Adding a second public cloud to your infrastructure lessens your dependence on a single cloud vendor who you may be in “coopetition” with.

Multiple-vendor sourcing is a proven business strategy in many other areas of IT, giving you more options during price and SLA negotiations. The same is true for IaaS. Cloud services change often, as new services are added or removed, and price structures change. Taking control over these changes in public cloud service offerings, pricing models and SLAs is another powerful motivator for Ops teams to move to a multi-cloud architecture. An application delivery automation platform that can ingest and act on cloud service pricing data is essential.

Apps (and How They’re Delivered) Have Changed

Full support for multicloud in product may sound daunting. After all, Ops teams already have plenty to worry about daily. Adding a second cloud vendor requires a significant ramp-up period to get ready for production-level delivery, and the new protocols, alerts, competencies and other things you need to think about. You can’t be knee-deep in the details of each cloud and still manage infrastructure. Adding in the complexity of application delivery over multiple clouds can be a challenge, but much less so if you use a SaaS-based application delivery platform. With multicloud infrastructure, control is key.

About the Author / Andrew Marshall 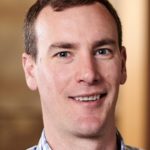 Andrew Marshall is the Director of Product Marketing for Cedexis, and has driven product marketing efforts at New Relic, Amazon Web Services and Microsoft. Connect with him on LinkedIn.

« Scaling DevOps at Pearson
The Nuances of Assimilation »