I’ve been immersed in cybersecurity for a good stretch, since it was known as just “infosec” and “security.” Over time, I’ve had opportunities to work with some brilliant minds and young-gun “hackers” (I’m not a name dropper, so I’ll refrain from using them as SEO-bait). I’ve watched attackers transition from being basement-dwelling teenagers to organized intruders to APTs. At one point or another, I’ve met all of Five Horsemen of the Internet Apocalypse: Scam, Extortion, Embarrassment, Theft and Death.

The biggest cybersecurity news story of all time is still Edward Snowden. Fancying himself a “whistleblower,” champion of the Constitution and privacy rights expert, this fugitive data thief accused of espionage by the United States government has done more to force businesses and individuals to think about digital security and privacy than anyone or incident before him.

Snowden aside, there are thousands of other stories about just how fragile our online lives and businesses are. If you were at the DevOps.com Rugged DevOps event at RSA 2015 and caught the presentation by Wired cybersecurity and privacy writer Kim Zetter, “2015 — The Year in Hacks,” then you had a chance to get a great overview of some of 2015’s biggest digital crimes. You might have even noticed the Internet Apocalypse Horsemen riding through.

With an ear to the ground on everything the NSA and APT-using hackers are guilty of, @KimZetter never fails to intrigue readers and live audiences. Whenever you read her stories or listen to her speak, you always walk away reassured that when all the smoke and headlines have cleared, the great deep-down reality is that everything we digitize is subject to the whim of Scam, Extortion, Embarrassment, Theft and Death. If you didn’t have a chance to attend, please enjoy some of the highlights listed below. 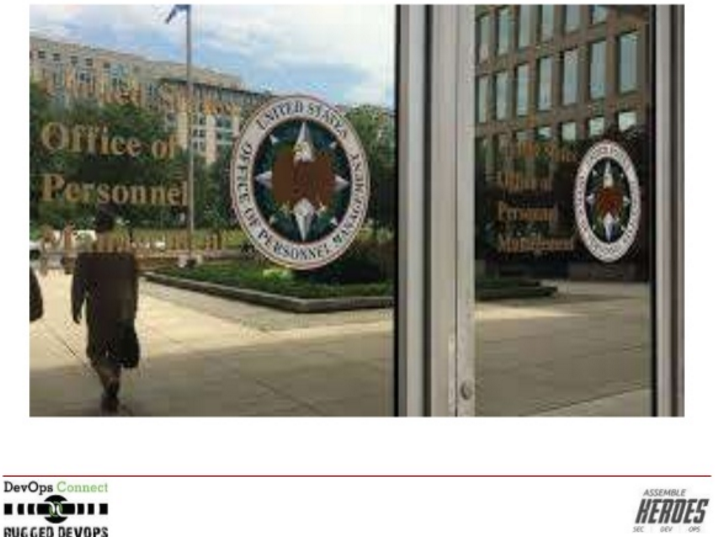 She kicked off with the biggest hack of 2015: the one that penetrated the U.S. Office of Personnel Management (OPM). The full extent of the damage done and who the actual attackers were may never be fully realized. Were they Chinese spies, rogue hackers or a combination of both? What we do know is that it exposed millions of identities tied to covert U.S. operatives and their family members listed on security clearance forms. It may have even exposed personal information on everyone who has ever applied for a job with the federal government. One for-sure lesson is that even after several decades of security product development (with more than 800 available for review at RSA), the world is still in need of innovation in the space.

Some might argue that Embarrassment made a special appearance at Ashley Madison, but the fact that suicide was part of that hack leaves me to think that Death was the lead actor there. @KimZetter pegged the data theft as the most brazen hack of 2015. With 30+GB of account information stolen and dumped, login credentials for 32 million accounts purloined, credit card transaction information accessed and even several suicides tied to the incident, the hack again reminded the world that the great deep-down reality is that everything we digitize can be used by attackers to scam, extort, embarrass, steal and even kill us.

From the Keyboards of Babes …

Anyone at the presentation must agree that Embarrassment really stole the show in the hack of CIA Director John Brennan’s AOL email account. Allegedly perpetrated by a teenager, Zetter describes the incident more deeply in her October story: Teen Who Hacked CIA Director’s Email Tells How He Did It 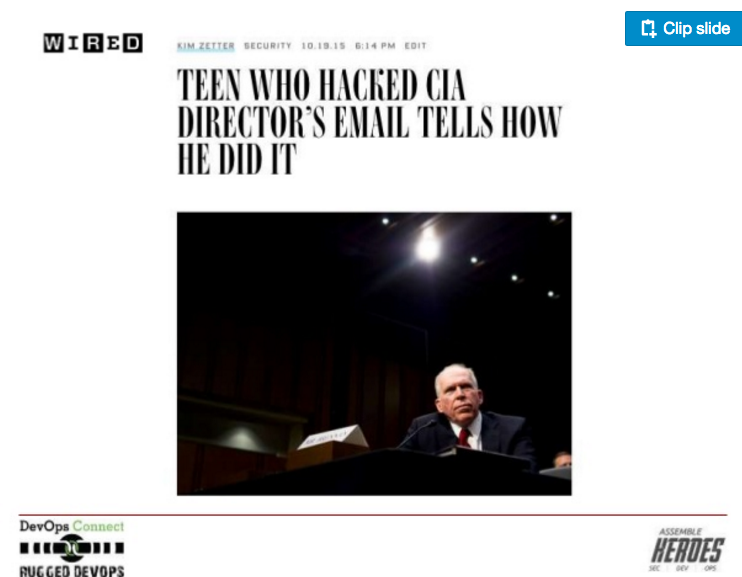 Keep Calm and Internet On

Anyone reading this may be walking away with a rather pessimistic view of our chances of remaining secure online. The truth, however, is that the existence of determined hackers should do no more to stop individuals or businesses from going online than road rage should to prevent anyone from getting behind the wheel of a car.

If any lesson can be learned from news articles pumped out by @KimZetter and her peers, it’s that the world should continue to take full advantage of the Internet but to also take the time needed to apply effective security. Quite simply, we all should keep calm and Internet on …

Now, more than ever, companies who rapidly react to changing market conditions and customer behavior will have a competitive edge.  Innovation-driven response is successful not only when a company has new ideas, but also when the software needed to implement them is delivered quickly. Companies who have weathered recent events ... Read More
« Infrastructure as Code is SDN for Ops
DBmaestro To Expand Globally With Appointment of Former Microsoft Executive »