Netlify this week announced it has acquired OneGraph, a provider of a platform that simplifies the integration and management of application programming interfaces (APIs) based on the GraphQL query language.

At the same time, the company is committing $1 million to sponsor open source projects and setting aside $10 million for a Netlify Jamstack Innovation Fund that will help drive the development of emerging technologies. Those technologies will be consumed via the platform the company created based on Javascript, APIs and a markup language (referred to as Jamstack) to accelerate web application and website development. Rather than becoming investors in those companies, Netlify intends to make those funds available to advance the development of technologies that benefit the overall community.

Fresh from raising an additional $105 million in funding, Netlify CEO Matt Biilmann said Netlify is committed to an ecosystem through which developers will be able to consume a wider range of services via both REST and GraphQL-based APIs. OneGraph will provide the core foundation for adding support for GraphQL to the Netlify platform, he noted.

Overall, Netlify is trying to reduce the friction that developers encounter building web applications and the sites they run on, added Biilmann. That’s becoming especially critical as developers increasingly build microservices-based applications that invoke APIs to consume backend services that are made available via the Netlify platform, he added.

Earlier this year, the company made available Netlify Build Plugins that provide DevOps teams with a set of continuous integration/continuous delivery (CI/CD) workflows for building websites and web applications. Designed to be launched from within a Netlify platform, those plugin makes it possible to build a web application or website that can be launched directly from within a Git repository.

The overall Jamstack philosophy enables DevOps teams to separate the development of frontends and backends of websites and applications. That approach is agnostic as far as any specific JavaScript framework is concerned, but it does define a way to automate the build process for a web application or website. 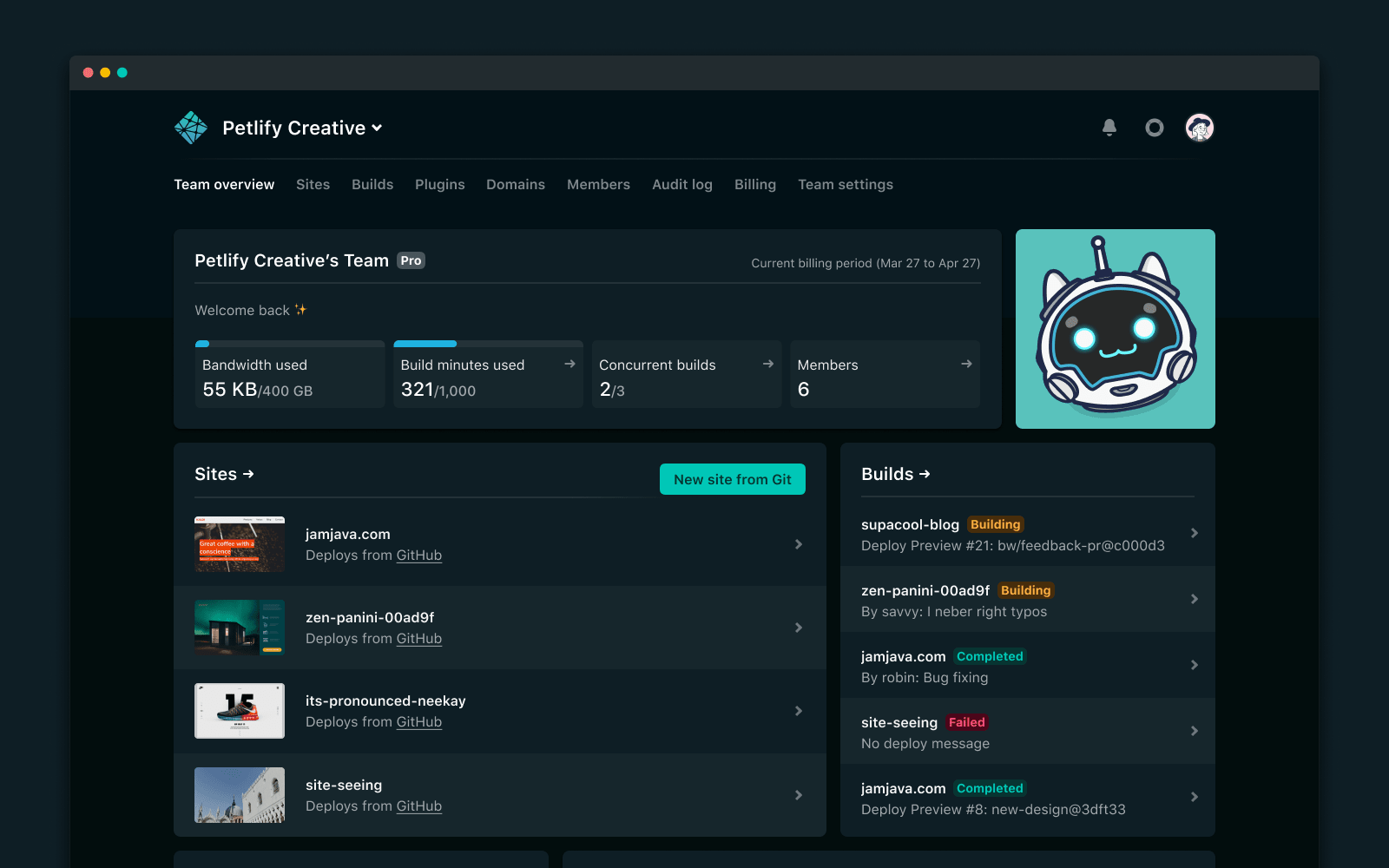 A recent survey of more than 3,000 Jamstack developers published by Netlify finds one-third of survey respondents have worked on sites serving millions of users over the last year. Nearly two-thirds of survey respondents (62%) work outside the tech industry, including in advertising and marketing (21%), media and publishing (14%), education (14%), financial services (13%) and business support and logistics (13%). Well over a third (38%) work for a technology company. About a quarter (26%) have more than 10 years of experience. Top Jamstack benefits cited by all types of developers are performance, uptime, speed of development, security, compliance and avoiding vendor lock-in, the survey found.

“The Automated Enterprise” e-book shows the important role IT automation plays in business today. Optimize resources and speed development with Red Hat® management solutions, powered by Red Hat Ansible® Automation. IT automation helps your business better serve your customers, so you can be successful as you: Optimize resources by automating ... Read More
« Kyndryl Aligns with Microsoft in the Cloud
SAP Extends Developer Tool Portfolio »