NS1 has extended the capabilities of its DNS and network management platform with the release of NS1 Connect. The platform is designed to serve as a delivery platform that integrates developer and network operations teams’ tasks for the creation and management of applications across highly distributed cloud-native and on-premises environments.

While DevOps teams typically rely on dozens of tools for the deployment of software and the management of the network connections on which the software runs, NS1 was created to—among other things—reduce the number of different tools DevOps teams require by improving visibility, automation and management for these processes.

In this way, NS1 Connect provides a unified API framework to automate DNS, traffic optimization and network services management across heterogeneous networks, Sanjay Ramnath, vice president of products at NS1, told DevOps.com. NS1 Connect’s reach covers internal and external applications deployed via on-premises, cloud or hybrid infrastructure. This enables NetOps and DevOps teams to integrate NS1 solutions into their infrastructure and CI/CD pipelines with lower complexity and enables NetOps teams to accelerate management and minimize the risk of misconfiguration, Ramnath said. “Prior to this, teams had to deal with complex manual processes or disparate API frameworks that slowed down their ability to develop, deploy and deliver applications.” 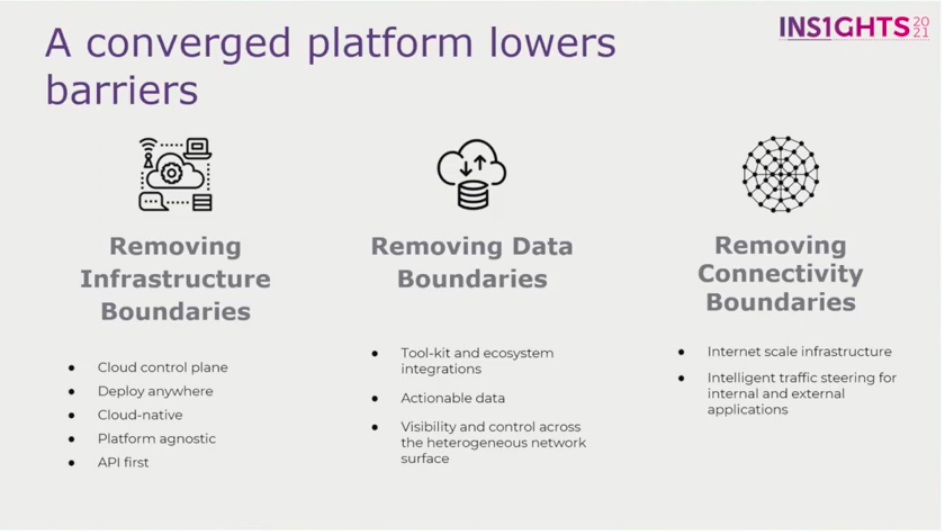 In his talk, Your Business Depends on Eliminating Boundaries Between Applications, Users, Infrastructure, and Data during INS1GHTS 2021, NS1’s annual user conference, Ramnath described how a number of NS1 products and services are integrated into a single platform under the NS1 Connect umbrella. They include cloud-native network services for DNS, DHCP and IPAM (DDI), edge-to-cloud networking for NS1’s managed DNS, dedicated DNS, private DNS and DNS for China and application traffic automation for VPN traffic steering, pulsar active traffic steering and general traffic management. Other commonly used network services are provided as well, including IP address management that can be centralized across the network, said Ramnath. 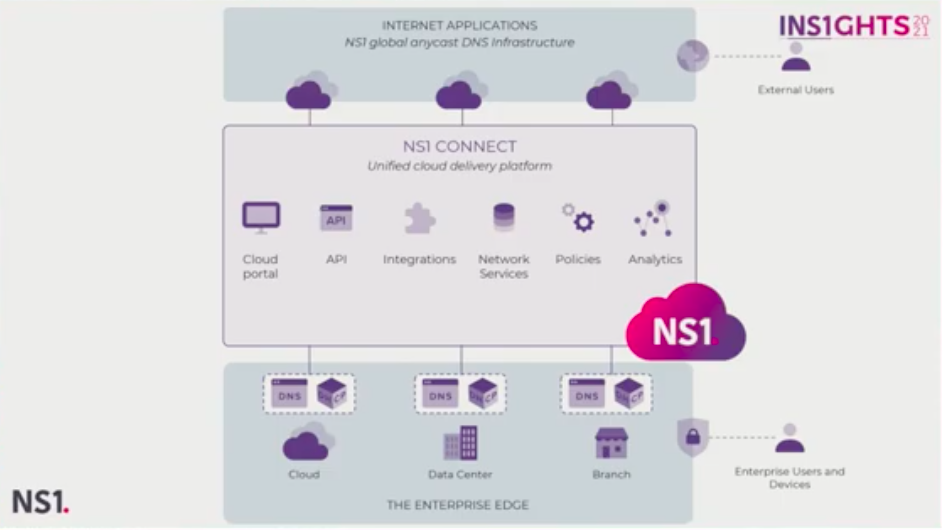 The idea was to remove many of the roadblocks DevOps teams face when seeking to deploy on highly distributed infrastructures. “The goal here is to remove some of those boundaries and barriers that are talked about on the infrastructure side,” says Ramnath. “[This helps to make sure] that our control plane is centrally provided and centrally consumable as a cloud solution and that our products can be deployed wherever they are needed in a zero-touch way, in a lightweight fashion, making sure that we are aligned with cloud-native operations.”

The need to maintain low latency across distributed infrastructures is also key. As David Coffey explained during the conference in The Future of Application Traffic Intelligence and Automation session, low latency is essential for creating “that great experience for users.”

“Low latency is not an attribute of this feature, it is a top, tier-one priority for people to accomplish, but it’s an incredibly complicated aspect, given all of the frameworks that are out there—the tools, the DevOps capabilities and the components required to support and deploy these modern-day applications,” said Coffey. “That’s what enables application companies to deliver that low latency and treat it as an attribute in the system; not having to go out of their way to create this. We want to enable all developers to embed this into their system—and we can provide them with a degree of success for delivering that great experience to their customers and to their networks.”

Open source components have become an integral part of today’s software applications — it’s impossible to keep up with the hectic pace of release cycles without them. As open source usage continues to grow, so does the number of eyes focused on open source security research, resulting in a record-breaking ... Read More
« A Context of Life
Why IT Should Focus on Quality Over Velocity »