Oracle today at its Oracle Developer Live—Java event proposed making a bevy of updates to Java that includes replacing the Mercurial source code management (SCM) platform, which is the repository Oracle created to share updates to the Java community, with Git starting with the initial availability of Java 16 and then migrating the project itself to GitHub.

In addition, Oracle has developed server-side tooling compatible with GitHub and GitLab and client-side tooling compatible with Git and Mercurial to aid in the migration. The effort is based on the Project Skara initiative, which already provides read-only Git mirrors of all active and consolidated lines of development for the Mercurial SCM repository. 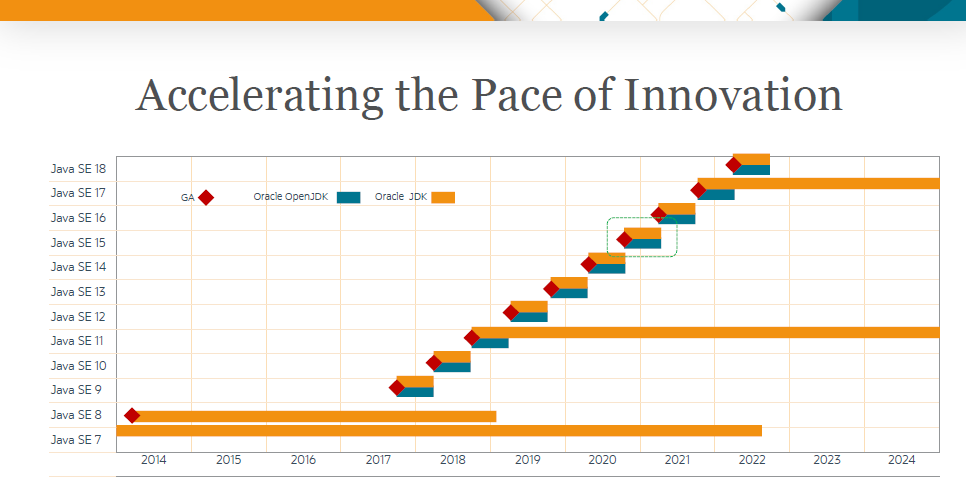 Oracle is also proposing to add a Vector application programming interface (API), along with enabling some C++ features in Java 16.

Other capabilities that have been advanced but are not finalized in Java 15 includes support for sealed classes, enhanced pattern matching, records and an API for accessing foreign memory.

Chad Arimura, vice president of Java developer relations, said collectively the latest innovations show the venerable programming language is still vibrant. Despite a plethora of options most enterprise IT organizations still rely mainly on Java to build applications even as they transition to building microservices-based applications based on containers deployed on Kubernetes clusters. As such, Java is not in danger of suffering the same fate as the COBOL programming environment, which from a pace of innovation has grown comparatively stale, noted Arimura.

Many of those organizations are also well down the path toward adopting best DevOps practices that revolve around a Git repository. Adoption of Git as the SCM repository for the Java project will further those efforts by simplifying workflows for organizations that have standardized on Git repositories, he said.

While Java continues to dominate development of applications in the enterprise, it’s also true organizations of all sizes are employing a wider range of programming tools. By embracing Git and GitHub, the Java community will be able to more fluidly coexist with a wide range of open source projects being created using a diverse range of programming tools. Enterprise developers are clearly still relying on Java to write most of their server-side applications, but more client-side code is being developed using frameworks based on, for example, JavaScript.

In the meantime, however, IT organizations looking to modernize application portfolios should be able to count on the fact that nearly 30 years after its initial launch, Java remains relevant. The challenge now is determining where best to rely on Java alongside a plethora of other programming tools that developers of all ages now regularly employ.

“The Automated Enterprise” e-book shows the important role IT automation plays in business today. Optimize resources and speed development with Red Hat® management solutions, powered by Red Hat Ansible® Automation. IT automation helps your business better serve your customers, so you can be successful as you: Optimize resources by automating ... Read More
« Safeguarding Secrets Within the Pipeline
ScienceLogic Eclipses AIOps Competition in EMA Report, Signals Mainstream Adoption of AIOps »