Clayton Christensen, in his bestseller, “The Innovator’s Dilemma,” first outlines how innovation occurs, and then why large incumbents often fail to recognize, leverage and invest in new innovations in their industries. What is interesting about his view is that failure isn’t directly correlated to simply not recognizing, or even adopting, new innovations, but rather that it occurs because these companies attempt to apply or force the innovation into existing architectures, business processes and customer bases.

Perform a Google search for “DevOps” and you’ll be presented with thousands of results, each with their own nuanced definition of the term. More often than not, the discussion is around tactical approaches to “implementing or adopting DevOps,” as if it were concrete entity or a role/job title. The core goal of DevOps is really about disrupting a culture to be adaptive to the changing needs of the enterprise, and provide a strategic framework to scale and gain efficiencies.

The “DevOps Dilemma” often occurs when the cultural adoption isn’t driven by taking a fresh, holistic view of solutions and architectures, but instead automation and measurement approaches are layered on top of the current development and operations run-books. Instead of embracing true agility, this is a “waterfall-esque” approach that neither captures the true essence of the value of DevOps nor does it typically improve operational excellence and efficiency. The cultural shift toward DevOps needs to take a continuous approach where everyone is trying to improve and evolve the business by leveraging the core tenets of DevOps—collaboration, automation, measurement and sharing.

One strategy for preventing DevOps dilemma and undertaking a successful cultural transformation to DevOps would be to do so in conjunction with a greenfield project. That assures that you don’t “bolt it onto” existing processes and methodologies. It also sends a clear message of the importance of combining effort with resources and moving dedicated focus away from the current status quo. This often also can result in creating a flexible playbook that you can use to go back and improve the areas that compose your core business. Your engineers will learn valuable new skills and rapidly evolve, and the company will be much better positioned for attracting new and developing existing talent.

About the Author / Mike D. Kail 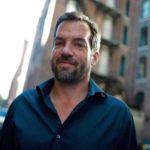 Mike D. Kail is chief innovation officer at Cybric. Prior to CYBRIC, Mike was Yahoo’s chief information officer and senior vice president of Infrastructure, where he led the IT and global data center functions for the company. Prior to joining Yahoo, Mike served as vice president of IT operations at Netflix, where he was responsible for employee technology and various cloud engineering components. He has been widely recognized for his insightful industry commentary on social media Twitter, and was recently named by the Huffington Post as one of the “Top 100 Most Social CIOs on Twitter.” Connect with him on LinkedIn and Twitter.

Now, more than ever, companies who rapidly react to changing market conditions and customer behavior will have a competitive edge.  Innovation-driven response is successful not only when a company has new ideas, but also when the software needed to implement them is delivered quickly. Companies who have weathered recent events ... Read More
« DevOps Chat: Purpose Built Appliances for Containerized Applications with Diamanti’s Mark Balch
A Question of Fit »