At the Pulumi Cloud Engineering Days event, Pulumi announced today it has added a code deployment capability to its Pulumi Cloud platform for managing infrastructure-as-code (IaC).

Pulumi CEO Joe Duffy said Pulumi Deployments will make it possible for DevOps teams to provision infrastructure and deploy applications via a single Git commit that can be invoked via an application programming interface (API) or graphical tool.

A Git Push to Deploy capability allows DevOps teams to connect to any Git repository to drive deployments for a given project path, push to any given branch and set up GitOps workflows such as pull request reviews. Deployment actions include both updates and destroys in addition to providing drift detection and remediation capabilities.

Pulumi has already integrated these capabilities with GitHub and plans to add support for GitLab, Atlassian Bitbucket and other DevOps platforms. The goal is to make it possible for DevOps teams to effectively manage ten times the amount of cloud infrastructure resources per engineer using GitOps workflows than is currently possible relying on IaC tools such as Terraform, said Duffy. 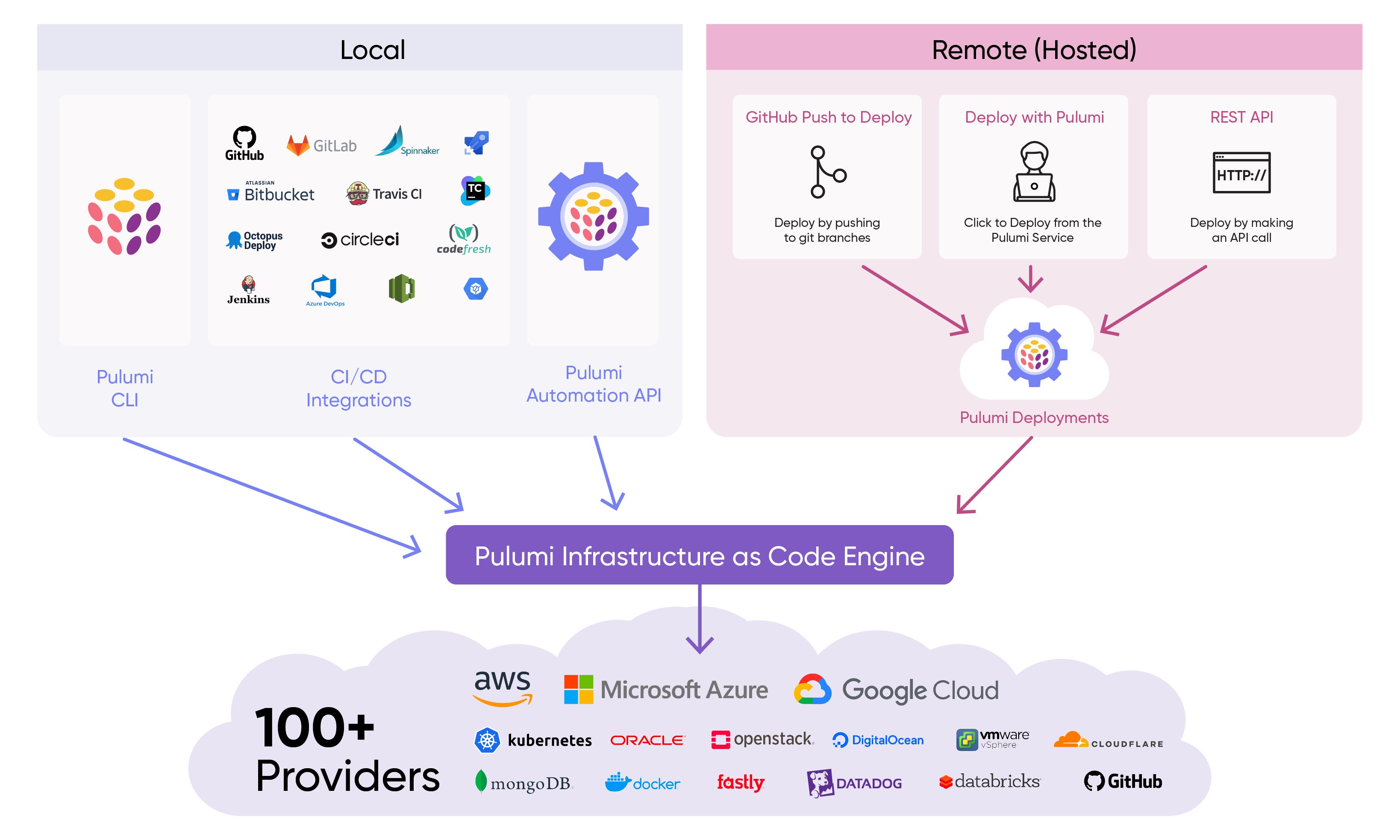 As an alternative to Terraform, the Pulumi platform has been gaining traction because it makes it possible to more easily centralize the management and provisioning of infrastructure using a set of embedded guardrails. One of the major issues enterprise IT organizations are encountering these days is the number of misconfigurations created when developers use tools like Terraform to provision infrastructure on their own. Those misconfigurations often lead to, for example, ports being left open and cybercriminals exfiltrating data. In the wake of a series of high-profile breaches, more organizations are now reviewing the security of their software supply chains including how infrastructure is provisioned by embedding policy-as-code into DevOps workflows.

At the same, organizations are also keenly interested in increasing the productivity of DevOps teams during an economic downturn that limits the number of IT professionals an organization can afford to hire, added Duffy.

Pulumi claims there are now more than 5 million users of its platform spanning more than 1,000 organizations. Less clear is the degree to which organizations are embracing GitOps workflows to unify deployments on IaC and application code. As platforms make it easier to make that transition, the number of organizations using a more opinionated approach to DevOps should steadily increase.

In the meantime, DevOps teams are going to be required to find ways to build and deploy safer applications faster. Much of the focus in recent years has been on accelerating application deployments with little regard for cybersecurity. Those days are clearly now coming to an end.

Open source components have become an integral part of today’s software applications — it’s impossible to keep up with the hectic pace of release cycles without them. As open source usage continues to grow, so does the number of eyes focused on open source security research, resulting in a record-breaking ... Read More
« Octopus Deploy Tightens Integration With GitHub Actions
Tanium Uses SBOMs to Automate Vulnerability Remediation »