It’s that time of year again!

We at Puppet have kicked off the 2017 annual State of DevOps. survey. Now in its sixth year, we have once again teamed up with DevOps Research and Assessment (DORA), founded by our dear friends Gene Kim, Jez Humble and Nicole Forsgren, to survey technology professionals worldwide in an effort to better understand the health and habits of organizations adopting DevOps. We’re pleased to see that the report now serves as the de facto gauge for the DevOps community to find out how IT organizations are doing and how they can improve.

One of the most critical aspects of the survey is that it manages to translate the processes between technical practices and choices into actual business outcomes and helps organizations understand the real benefits of DevOps adoption. Through analysis of each year’s survey responses, we’ve been able to quantify IT performance. From last year’s report, we know that high-performing IT teams are pulling away from the pack in terms of throughput. They deploy 200 times more frequently, have 2,555 times faster lead times, have a three times lower change failure rate and recover from failures 24 times faster.

This year, we’re interested in learning more about infrastructure architecture patterns within organizations. We’re not just asking how the services are designed, but we also are curious to see if teams are free to move at their own pace and if they are largely self-sufficient. Can they easily make large-scale changes to their architectural design?

We’re asking questions about team experimentation and whether teams are able to evolve the design of their architecture as they work and if they are required to interact with a lot of people across the organization. One of the things to emerge from the agile and DevOps movements is that the more we can enable teams to work quickly and self-sufficiently, and increase speed without reducing quality, the better it is for everyone.

This year, we expect to see proof that high-performing IT teams are those who have been enabled to operate with a much higher degree of autonomy, and that their quality metrics remain stable or even exceed those of high-performing IT organizations. We also expect the findings to confirm that early DevOps adopters are still seeing exponential benefits compared to their colleagues who haven’t yet embraced DevOps. The longer your organization has been adopting DevOps practices, the more it becomes muscle memory and reinforces positive behavior within them, which has unparalleled benefits. As any IT professional working in a large company knows, there’s an awful lot of waste and inefficiency and we’re not anywhere near peak DevOps penetration. With each passing year, survey results show DevOps adoption is a key contributor to enhanced productivity and efficiency. We expect this year’s results to be no different.

We’ll be publishing the results and our analysis in June, and have no doubt it’ll be worth the wait. Stay tuned!

About the Author / Nigel Kersten 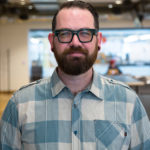 Nigel Kersten is CIO of Puppet. He came to Puppet from Google, where he was responsible for the design and implementation of one of the largest Puppet deployments in the world. At Puppet, Nigel was responsible for development of the initial versions of Puppet Enterprise, and has since served in a variety of roles, including head of product, CTO and CIO. He has been deeply involved in Puppet’s DevOps initiatives, and regularly speaks around the world about adoption of DevOps in the enterprise and IT organizational transformation.

While building constructive culture, engaging workers individually and helping staff avoid burnout have always been organizationally demanding, they are intensified by the continuous, always-on notion of DevOps.  When we think of work burnout, we often think of grueling workloads and deadline pressures. But it also has to do with mismatched ... Read More
« Relevant Continuous Testing: The Primary Key to DevOps
2017 Security Blogger Awards – Open for Voting! »