Puppet today unveiled its summer release of Puppet Enterprise that promises to make it easier for DevOps teams to construct automated workflows within a Puppet console.

At the same time, Puppet has added out-of-the-box guided patch management workflows that replace standalone patch management tools with orchestrated workflows. That capability is based on a Relay tool that Puppet launched earlier this year.

Finally, Puppet is now also including an upgrade pre-check module that assesses and identifies potential risks along with surfacing what changes should be made before running an upgrade. 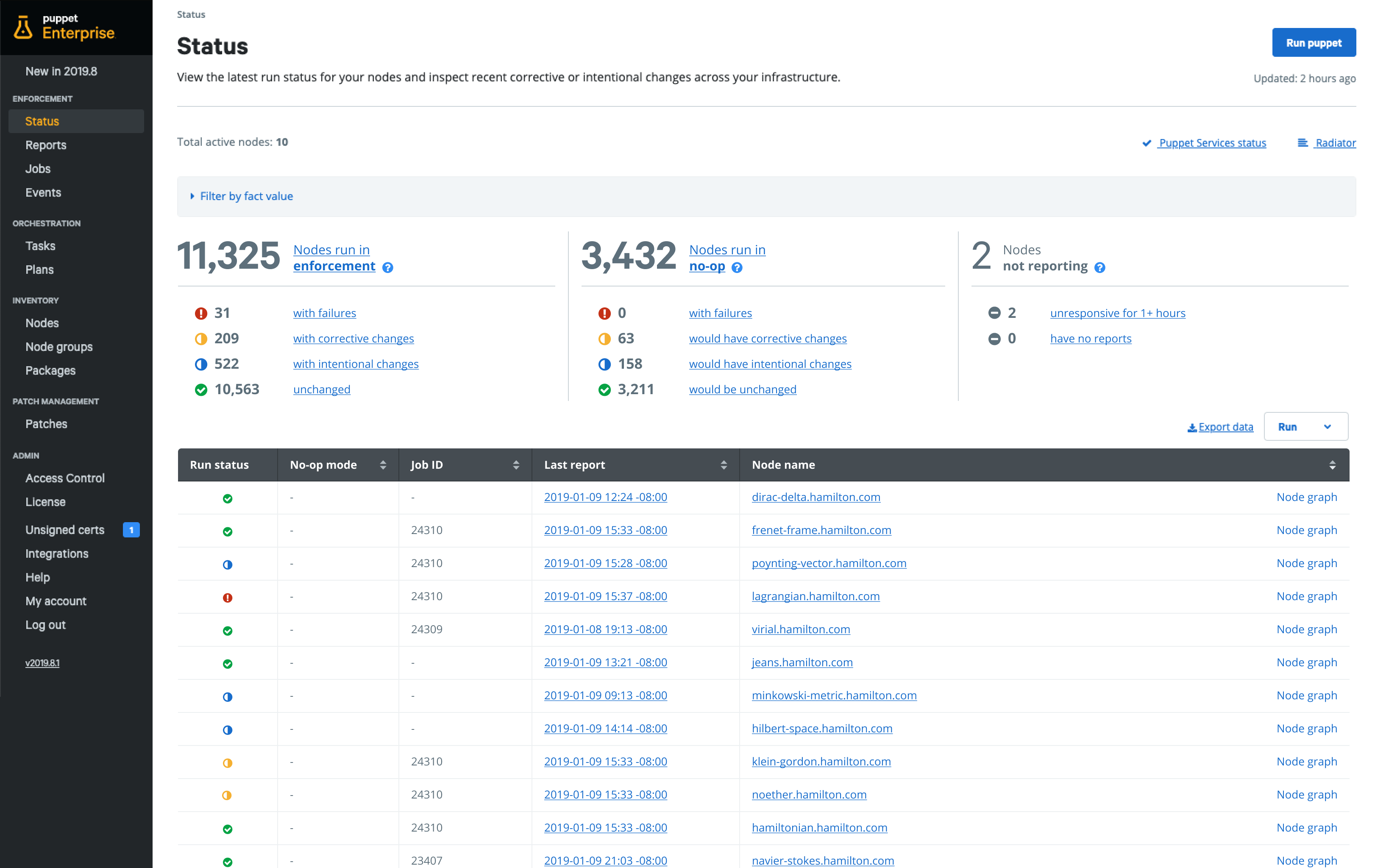 Puppet CTO Deepak Giridharagopal said in the wake of the economic downturn brought on by the COVID-19 pandemic, more IT teams will need to rely heavily on automation. Most IT teams either will remain the same size or be downsized. The IT environment, however, will continue to grow more complex. The only way to enable IT teams to do more with less is to automate more rote tasks, he said.

Automation is not likely to replace the need for IT administrators, added Giridharagopal. Rather, investments in automation will augment those teams in a way that enables IT teams to scale.

In fact, Giridharagopal said, resistance to IT automation is declining as IT teams continue to appreciate the scope of the challenge they now face as IT environments not only continue to expand but also become more heterogeneous. Most business leaders now expect smaller IT teams to be able to automate a wide range of tasks as part of their overall strategy, he noted.

Longer-term, Giridharagopal said IT organizations will also discover that many rote tasks will be performed more consistently once automated. Patches, for example, are not always applied as quickly or as often as they should be simply because there isn’t enough time for the IT team to manually install them.

The latest update to Puppet Enterprise comes on the heels of a $40 million investment made in Puppet led by BlackRock, a private equity firm. As more IT teams recognize the need to automate tasks, competition to automate those tasks has intensified among providers of frameworks.

It’s not clear how deeply and how many IT tasks can be automated. The more standardized an IT environment is, the easier it becomes to automate. Additionally, the amount of time an IT organization devotes to writing scripts to automate tasks should be reduced sharply. Instead, IT teams will increasingly employ a mix of modules that already exist to address a broad range of use cases. The challenge going forward isn’t so much finding the right IT automation tool, but rather constructing an IT environment that lends itself to being automated.

While building constructive culture, engaging workers individually and helping staff avoid burnout have always been organizationally demanding, they are intensified by the continuous, always-on notion of DevOps.  When we think of work burnout, we often think of grueling workloads and deadline pressures. But it also has to do with mismatched ... Read More
« Applitools Adds AI Auto-Maintenance and Smart Assist to End-to-End Testing Platform
Masergy Expands its SD-WAN Portfolio Offering the Broadest Choice, Flexibility, and Built-In SASE »