Software testing and QA is sometimes given low priority during development. The idea of treating software testers as adversaries by the developers seems old-fashioned and is short-sighted. It’s hard to believe that such an attitude can still exist, and yet it still persists, even in a modern DevOps team. But a DevOps-focused software team benefits when it considers QA/testing as an integral part of developing high-quality applications.

In a business setting, the hidden costs of buggy or unsecure software are lost productivity, revenue and extra work by the development team (and even extra work by users, if the software isn’t running right). QA/testing helps test for system flaws, vulnerabilities and security issues, so why wouldn’t a DevOps team be supportive?

QA/testing can help an enterprise avoid big mistakes. In fact, the DevOps Institute notes, “With the advent of DevOps and the movement to break down silos between developers and operations, it becomes critically important that all members of an IT team—regardless of what tools they use, or role they play—understand the essentials of testing.” And, according to Puppet, a standard for automating the delivery and operation of software, high-performing enterprises build quality testing into each stage of their software development process.

Whether your DevOps-focused developers are handling the QA/testing themselves or passing it along to QA/testing specialists, it’s something that must be done. Ideally, developers themselves would handle QA/testing in an integrated DevOps environment, and that’s why some developers see it as an unwelcome chore. It’s not something they’re usually trained in, and they might struggle with it or see it as a burden. That could be the reason why some DevOps teams hit a “software testing bottleneck.” As data from a Vanson Bourne survey commissioned by Appvance shows, 73 percent of 200 enterprise IT decision makers in the United States have adopted DevOps processes, but 57 percent of those adoptees experienced a bottleneck during software testing that impacts how quickly new and updated software can be released.

At one of my startups a while back, we worked for months on our first software release of a web application for an online marketplace. Late on a Wednesday night, we let the CEO of our company try it out—and the app immediately crashed. “Gee,” I said, “It was working on my computer.” Of course, it really wasn’t. We had synchronization problems, which are common in multi-threaded applications that access the same information for multiple users. And we made the mistake of letting the CEO be the first simultaneous user to try it out (creating a bad impression), instead of making organized QA/testing a priority at our company.

QA/testing in a DevOps environment can help your team avoid mistakes, so passion for app functionality doesn’t supersede quality and robust bug-free software. In the end, what you need from your team is passion for both functionality and quality/testing. Otherwise, you’ll deliver a faulty product and lose customers or users—unnecessarily—because of a bad first impression by your software.

When you’re integrating QA/testing into your DevOps environment, there are two different approaches or procedures to ponder. First is the more traditional test of the full system, sometimes called integration testing. The second is test driven development (TDD), which is popular in Agile and Scrum methodologies. The main difference between the two is in how software code is tested. During integration testing, developers review and test the code. Then, for critical facets of the software, a peer review of code is completed. Afterward, testers create scripts and deploy an array of integration and system tests. These could include scalability testing, load testing, stress testing and very importantly, security testing. Code vulnerability, SQL injections and malicious code would be things to think about.

Under TDD, the order in which testing appears in the cycle is reversed. Each developer first writes “unit tests” and then writes the code. This is done iteratively in such a way that every discrete section of code is automatically tested. When new code is sent to the integration server, the tests go with it. The server itself runs unit tests for all the code that developers deposit in the server. On top of this, testers design system and integration tests to run automatically by the integration server. Finally, testers perform any manual tests that are impossible to automate. In this way, the integrity and quality of the code is constantly guaranteed.

Academic studies and field experience suggest that TDD increases development time by approximately 15 percent … but hold on. Experience also shows that total cost of ownership of TDD-developed software is lower than software using integration testing only. It’s worth noting that by using TDD and integration testing, a company can deploy software of world-class quality that exhibits less than 0.3 errors per 1,000 lines of code during 18 months of use.

QA/Testing: A Partner in Your Software’s Success

If you’re hesitant about integrating QA/testing into your DevOps team and instead tempted to outsource it, you may want to push pause. It’s actually quite challenging if you do development in-house and expect to simply outsource what you think is independent QA with cheap testers. Outsourcing QA/testing and assuming that piece is done is not really outsourcing—it’s staff augmentation at a distance and it usually doesn’t work. You don’t want a “siloed team” to handle a critical component such as QA/testing. Instead, outsource QA/testing and bring your in-house and outsourced teams together around a common DevOps culture and mindset.

DevOps experts Bob Aiello and Leslie Sachs, in an IBM report, say quality software “… requires not only a shift in behavior, but a dramatic shift in the organizational culture as well.” So whether you outsource or have an in-house squad, your developers and the entire team should take ownership of QA/testing, and remain open to new ways to test code efficiently.

Ultimately, QA/testing should not be viewed as a time-consuming, disruptive chore by anyone on your team or in your enterprise. Think of it as a partner in your software’s success—not an adversary.

About the Author / Steve Mezak 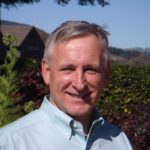 Steve Mezak is founder and CEO of Accelerance, a leader in global software development outsourcing, as well as the author of “Software Without Borders,” co-author of, “Outsource or Else: How a VP of Software Saved His Company,” and a CIO columnist.

“The Automated Enterprise” e-book shows the important role IT automation plays in business today. Optimize resources and speed development with Red Hat® management solutions, powered by Red Hat Ansible® Automation. IT automation helps your business better serve your customers, so you can be successful as you: Optimize resources by automating ... Read More
« Making the Data Work for You: Data Visualization Techniques
Learn DevOps from 57 Experts for Free »