Red Hat today announced it is adding support for nested playbooks created using the open source Ansible automation framework within one another, which, in turn, will make it easier to automate complex IT processes.

Bill Nottingham, product manager for Ansible, said the goal is to enable DevOps teams to reuse existing Ansible playbooks to kick off a series of nested IT jobs and workflows using version 3.4 of Ansible Tower, the console Red Hat provides for creating and managing Ansible playbooks.

Nottingham said Red Hat expects the ability to reuse Ansible playbooks within a set of nested processes will encourage IT organizations to create more playbooks now that it’s easier to reuse them as a set of modular components. IT organizations can even make launching jobs dependent on the completion of other jobs using a scheduling mechanism within Ansible Tower, he added. 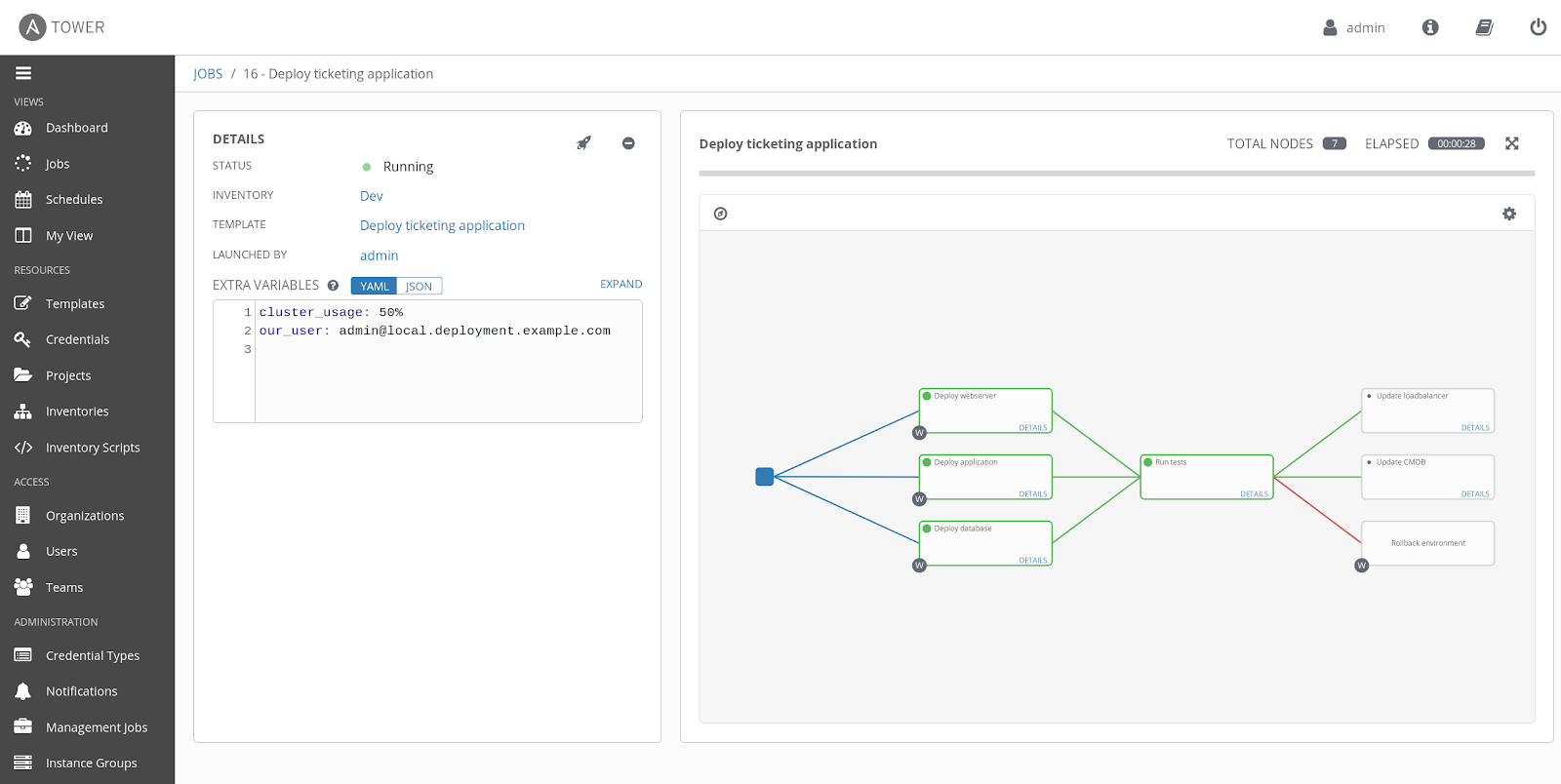 Although adoption of IT automation frameworks has been uneven, the last few years has seen IT organizations rely more on them to manage tasks as IT environments become more complex. That level of complexity will only increase as IT organizations deploy more applications that are based on microservices created using containers that need to be updated frequently. IT automation frameworks also go a long way toward making up for what has become a chronic shortage of skilled IT administrators. That capability is especially critical as both the number of applications and the rate at which they are being updated continue to accelerate.

Most IT administrators have limited programming skills, which is why a declarative approach to IT automation in the form of an Ansible open source project has been gaining significant traction. In fact, thanks to automation, traditional IT metrics such as the number of servers being managed per administrator increasingly are becoming obsolete.

It may take a little while longer before IT automation frameworks are the rule than the exception. But as the IT community now approaches the end of the second decade of the 21st century, reliance on manual processes that were developed at the end of the last century is no longer viable in this era of distributed workloads. In fact, regardless of where applications are deployed, the expectation in the DevOps era is that existing IT operations teams will be able to manage them without having to hire additional IT administrators.