Red Hat today announced an update to its virtual machine platform that now can run on the latest version of Red Hat Enterprise Linux (RHEL).

Version 4.4 of Red Hat Virtualization can now run on version 8.2 of RHEL. In addition, Red Hat has added Grafana-based dashboards for its Data Warehouse (DWH) service that IT teams can employ to track performance and analyze workloads. 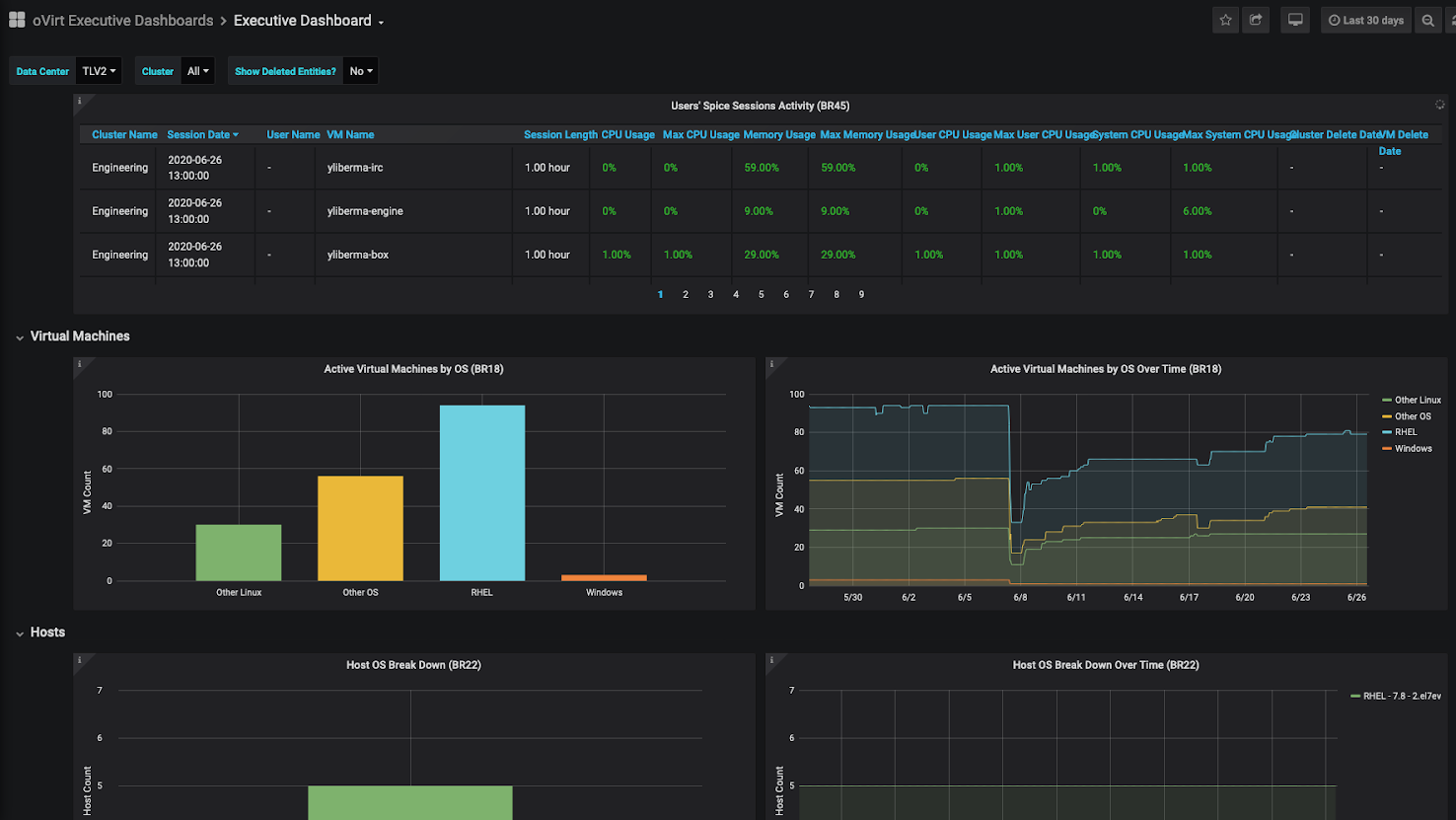 Peter Lauterbach, a product manager in the Cloud Platforms group at Red Hat, said support for RHEL 8 is core to the company’s overall strategy to enable IT teams to run microservices-based applications simultaneously with existing monolithic applications.

Lauterbach also noted it has become a lot easier to leverage Kubernetes to move applications between platforms because interoperability between storage and networking services has improved significantly, thanks to the Container Storage Interface (CSI) and Container Network Interface (CNI) that have been made available by the Kubernetes community. In fact, Lauterbach said standards in infrastructure are living up to their interoperability promise.

Red Hat, of course, has been making the case for open source virtual machines for decades now. However, in the wake of the economic downturn brought on by the COVID-19 pandemic, there will be many more organizations looking to reduce costs by relying on commercial virtual machine software. In addition, Lauterbach noted that now that cloud service providers such as Amazon Web Services (AWS) support KVM, it is a lot easier to create a hybrid cloud computing environment by deploying Red Hat Virtualization in a local data center than it is to replicate a VMware environment in a public cloud.

It’s too early to say how the battle for hybrid cloud computing will play out in the months and years ahead. The one thing that is certain is the more diverse the IT infrastructure environment is, the more difficult it is to manage.