Cloud computing and -as-a-service deliverables such as SaaS have the potential to be transformational, but their value depends on whether you see them as tactical, single-purpose tools or as part of a larger and more strategically integrated ecosystem.

The cloud today is embraced almost universally at some level and seen as an essential component of nearly any enterprise, making it easier to enter new markets, transcend physical barriers and gain access to vital services. The most common, basic approach to SaaS may best be described as a JBOS approach, or “Just a Bunch of SaaS.” In this model, SaaS is used throughout the enterprise, but only as single-purpose tools, deployed to meet the needs of a particular siloed requirement. SaaS in that respect is a quick fix, a Band-Aid, lipstick on a pig—and it has not reached its full potential.

There is a point however, where SaaS and DevOps intersect—that point where an integration framework is superimposed over a SaaS catalog, and enterprise users now gain the advantage of each SaaS being part of a greater whole. At this point where SaaS apps and data become integrated strategically, we begin to see collaboration between IT professionals, developers and line-of-business managers; we see a higher level of automation; a more agile solution that takes full advantage of the cloud model; and finally, an overall cultural shift—all components of the DevOps movement.

The potential of SaaS is well-known and includes lower costs, agile sourcing and deployment, lower CapEx and more functionality to a wider group of users. But, the greater potential has been lost on many corporate users. IT is moving to the cloud, but is it doing so for the right reasons? By focusing on the “quick fix” aspect of SaaS, companies are missing out on the bigger picture. A more successful SaaS strategy defines the future of the business, using SaaS to stay agile and to align with business needs not just the individual SaaS instances but the entire SaaS ecosystem.

The greater potential of SaaS is achieved when it is deployed strategically, with an integration framework—and then the benefits go far beyond lower costs and CapEx. At that point, SaaS becomes transformational.

With all the potential, the rapid uptake of SaaS throughout the enterprise has had a few unexpected results. In addition to a marked increase in siloed information and isolated functionality that results from a lack of integration, the “dark data” phenomenon looms on the horizon, especially as the Internet of Things creates millions of new data points that never before existed. IBM Research’s John Kelly, known as the “Father of Watson,” noted recently at the San Francisco Cognitive Colloquium that 80 percent of data remains dark, and by 2020, the number will reach 93 percent.

With the vast majority of this unused data being generated from SaaS apps and IoT deployments, the unexpected result is an enormously untapped potential. Regardless of what the app’s intended purpose may be, who it was meant to benefit and which department deployed it, useful data is being orphaned at the source. In many cases, that data may have practical uses beyond the original intent, but those uses are never seen because it never escapes its own little corner of the enterprise.

In addition, incumbent integration platforms do not lend themselves to the cloud and lack the SaaS adapters necessary for ad hoc integration and line-of-business usage, and the solutions that do exist still lack tools for governance, API management and IoT integration support.

The Role of IT is Shifting

The IT department’s role is shifting dramatically. The need for agility and flexibility, along with a growing dependence on the cloud and as-a-service software, means IT no can longer continue its centralized role, lest the benefits of the cloud be thwarted. In a recent survey conducted by NetEnrich, respondents’ greatest concerns included IT is losing its relevance (18 percent) and  business applications are crashing more because IT is not involved (22 percent).

While businesses recognize the shift, still, 39 percent are facing difficulty integrating traditional IT, cloud and DevOps, and there is no DevOps team in more than half of the IT departments surveyed.

With more than half of companies lacking a DevOps team to accommodate the integration of traditional IT and the cloud, the most pressing need is to continue re-evaluating IT’s role from one of build-and-deliver to one of facilitator. Use of an as-a-service integration framework that can be guided by and facilitated by IT but used by ad hoc integrators or developers—whose specialization is not integration but have a need to connect applications and systems quickly from time to time—is the obvious next step to resolving the issues of a SaaS ecosystem that isn’t living up to its potential.

Such a framework can be deployed effectively using a bimodal, do-it-yourself integration approach. Those integration platforms that have begun to emerge may still be inadequate to accommodate the pervasive requirements of this major shift, since they still require IT specialists to manage the integration. The use of integration platform as a service (iPaaS) overcomes this limitation by providing a framework that empowers non-specialist IT users. Specifically, IT’s role as facilitator of this self-service platform comes into play by creating and maintaining the integration platform and a library of connectors, which then can be used not only by the integration specialists, but also by ad hoc integrators and “citizen integrators” or power users within the lines of business. As a result, the inefficient priesthood of IT is then replaced with a new balance of power between IT specialists, IT non-specialists and line-of-business users, encouraging more flexibility of integration in response to different priorities.

The iPaaS approach brings a new level of efficiency to the many new projects that are generating storms of data, such as IoT, and it supports a move away from the older IT approach that lacks the speed and agility required in today’s environment. To make the best use of SaaS, it’s time to rethink our approach and, through universal integration platforms, bring it out into the open. 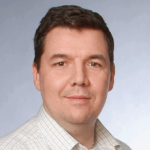 Renat Zubairov is CEO and co-founder of elastic.io, a leading innovator in as-a-service integration.

The entire CI/CD/ARA market has been in flux almost since its inception. No sooner did we find a solution to a given problem than a better idea came along. The level of change has been intensified by increasing use, which has driven changes to underlying tools. Changes in infrastructure, such ... Read More
« Measuring Intimate Moments
Pay Down the Skills Debt Before the Technical Debt »