This is the seventh in a series of articles highlighting speakers at SauceCon 2019. SauceCon brings together the global community of Sauce Labs users and continuous testing experts to learn from each other and level up their automated testing and continuous delivery skills. This year’s event will be held April 23-25 in Austin, Texas. 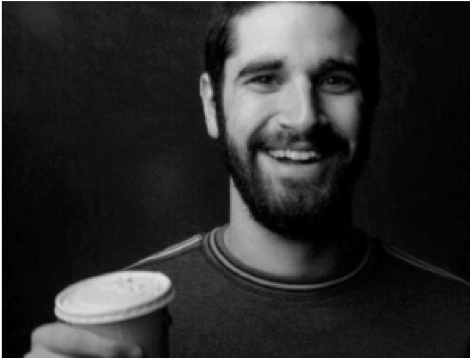 Phil Wells is coming to SauceCon 2019 to talk about the New York Times Crossword.

No, really, Phil is a software engineer with the web group of the New York Times Games team whose job is to build quality into the online version of the famous puzzle done by thousands of people daily.

More than anything, Phil cares about mission. During his 12 years of web development experience, he has worked on software that educates parents of kids with autism, software that helps people perform better on standardized tests and now for the New York Times, whose mission is to help people understand the world around them.

“The puzzle brings so much joy into people’s days,” says Phil. “I’m really proud of my work.”

When Phil tells people what he does for a living, they want to know what it means. Does he just solve crosswords all day? Is he in web development or game development? Does he know Will Shortz? (The answer to that last one is no, but he is an emoji in their internal Slack instance!) People love the crossword, and they all seem to want to know more about how the sausage is made.

Phil’s session at SauceCon will be all about “Automating the New York Times Crossword.” He wants to show test practitioners that testing a web application as complex as the crossword involves the same best practices as testing anything else. During his talk, Phil will show attendees some of the tricks his team used to become fast and reliable.

“The main theme of my talk is about making software development feel better. We don’t want to feel the shame of failed builds or delayed releases,” he said. “So, we built these systems to help us ship the stuff we build quickly and safely.” The first half of his talk covers the things the team did to get cultural wins internally. In the second half, Phil will dive into his particular team’s bag of tricks; the tools they use to make sure the tests are making everyone do their job better.

When he’s not working on testing the crossword, Phil enjoys improv comedy. He is also an aficionado of “The Big Lebowski,” and has written a book called “Dudesong,” an epic poem adaptation of the movie, featuring 5,500 lines of poetry in rhyming couplets!

Whether or not you’re a fan of “The Big Lebowski,” you can hear from Phil and more than 30 other expert speakers at SauceCon 2019, the third-annual Sauce Labs user conference. To see a full list of presentations or to register, visit the SauceCon website.

While building constructive culture, engaging workers individually and helping staff avoid burnout have always been organizationally demanding, they are intensified by the continuous, always-on notion of DevOps.  When we think of work burnout, we often think of grueling workloads and deadline pressures. But it also has to do with mismatched ... Read More
« DevSecOps: Fortanix Adds Open Source Rust SDK to Build Encrypted Apps
Is Your Digital Product Ready for International Prime Time? »