By now, it’s common knowledge that the later a bug is detected in the software development life cycle (SDLC), the longer it takes and the more expensive it is to fix that bug.

In 2017, the Ponemon Institute found that it cost around $80 on average to fix a defect detected early in the SDLC and around $7,600 to fix the same defect if it was detected in the production stage.

Relative Cost of Fixing a Defect Based on Development Stage

While these numbers can be debated, it’s clear that early detection of defects can save organizations significant time and money while enabling those organizations to deliver higher quality software more rapidly. For these reasons, many organizations are implementing shift left testing practices, including in microservices environments.

Shift left is a set of practices intended to find and prevent defects early in the software delivery process instead of during the testing and maintenance stages. The idea behind shift left testing is to improve software quality by making actionable test signals and feedback available as early in the SDLC as possible.

Here, we’ll highlight how shift left testing, in combination with test automation, can better enable both innovation and fast delivery of high-quality software. We’ll also address some of the challenges involved in implementing shift left testing in microservices environments, as well as introduce a valuable strategy for successful microservices implementation.

Scrum and agile methodologies made the entire SDLC more flexible and nimble by introducing sprints and allowing more frequent iterative development and delivery. Further, DevOps and DevSecOps focus on removing the silos between development, operations, and security through tooling and automation. As a result, the time to market and quality have improved dramatically. Adding shift left testing into the mix better positions teams to handle the broad range of responsibilities from the design stage through the maintenance stage as effectively as possible.

Shift left testing focuses on prevention rather than detection. Shift left benefits include the following:

It may be helpful to think of shift left testing like this: Test early and in parallel with development, instead of the traditional waterfall model of development followed by QA testing.

By structuring an application as a collection of loosely coupled, independently deployable services, a microservices architecture enables frequent delivery of large, complex applications.

Microservices, each with their own SDLC pipeline

The key is to apply shift left testing practices to each microservice while maintaining the flexibility and decentralization of those microservices. The ideal workflow system and DevOps pipeline implementation must simplify pipeline creation while enabling development teams to manage the pipeline and requiring minimal input from DevOps and platform teams. In other words, shift left practices must be tailored to the specific needs of the microservice in question to make the testing process scalable and easy for development teams to manage on a continuous basis.

As just one example, GitHub Actions and similar CI/CD pipeline tools enable development teams to use GitOps-based practices to configure, manage, and administer the entire pipeline for their microservice while leaving infrastructure testing and testing that relies on or affects other parts of the system to DevOps teams.

Test environments are environments where unit tests, integration tests, performance tests and security tests can be run on an isolated collection of microservices and configurations. The nature and quality of these test environments directly correlate with the effectiveness of shift left testing.

In response, some organizations rely upon smoke testing (minimal viable stability testing) and mock-based integration testing early in the SDLC. While such tests can prove useful in the near term, deferring essential testing to a later stage in the SDLC often introduces test signal and validity problems in the staging environment and can lead to delivery delays and serious issues with software quality.

So how can shift left testing be used successfully in a microservices environment? The solution involves the use of scalable, ephemeral test environments.

The availability of high-quality test environments is a common bottleneck for organizations looking to scale shift left testing practices. Using a few high-fidelity staging environments for signal testing can slow the release process. More to the point, it tends to slow down the entire SDLC and increase stack instability over time.

The idea is that microservice test environments can be used to test changes against a much larger stack of services. Because multiple tests can be conducted at the same time, test coverage and resource efficiency vastly increase.

High-quality sandbox environments can spin up in seconds and scale to tens of thousands of microservices. In fact, each pull request, branch, or commit can have its own test environment without significantly increasing infrastructure and operational costs. Any change, no matter how small, can be tested in isolation to ensure performance and stability against the entire stack. 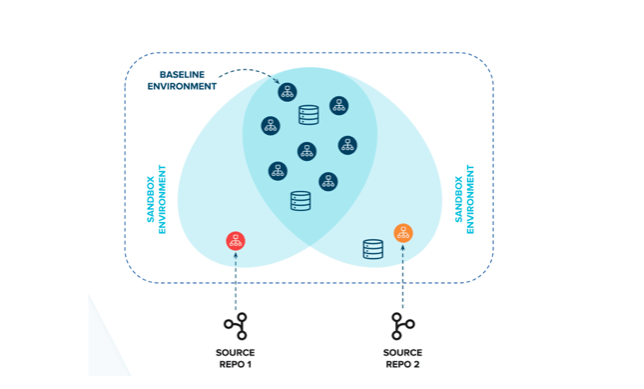 The right tooling and automation are needed before shift left testing practices are scaled across the organization. In addition, a cultural shift may be required in order to help developers understand the ways in which shift left testing can expedite and improve the core functionality that they are developing.

To apply valuable shift left testing practices in a microservices environment, organizations should consider using ephemeral sandbox environments. Using the right set of tools in a sandbox environment can enable development teams to test microservices throughout the SDLC. In doing so, organizations can ensure those services follow security best practices and perform exactly as intended, both independently and against the stack–all while reducing costs, speeding time to market and improving software quality and user satisfaction.

Digital Experience and the Future of Observability